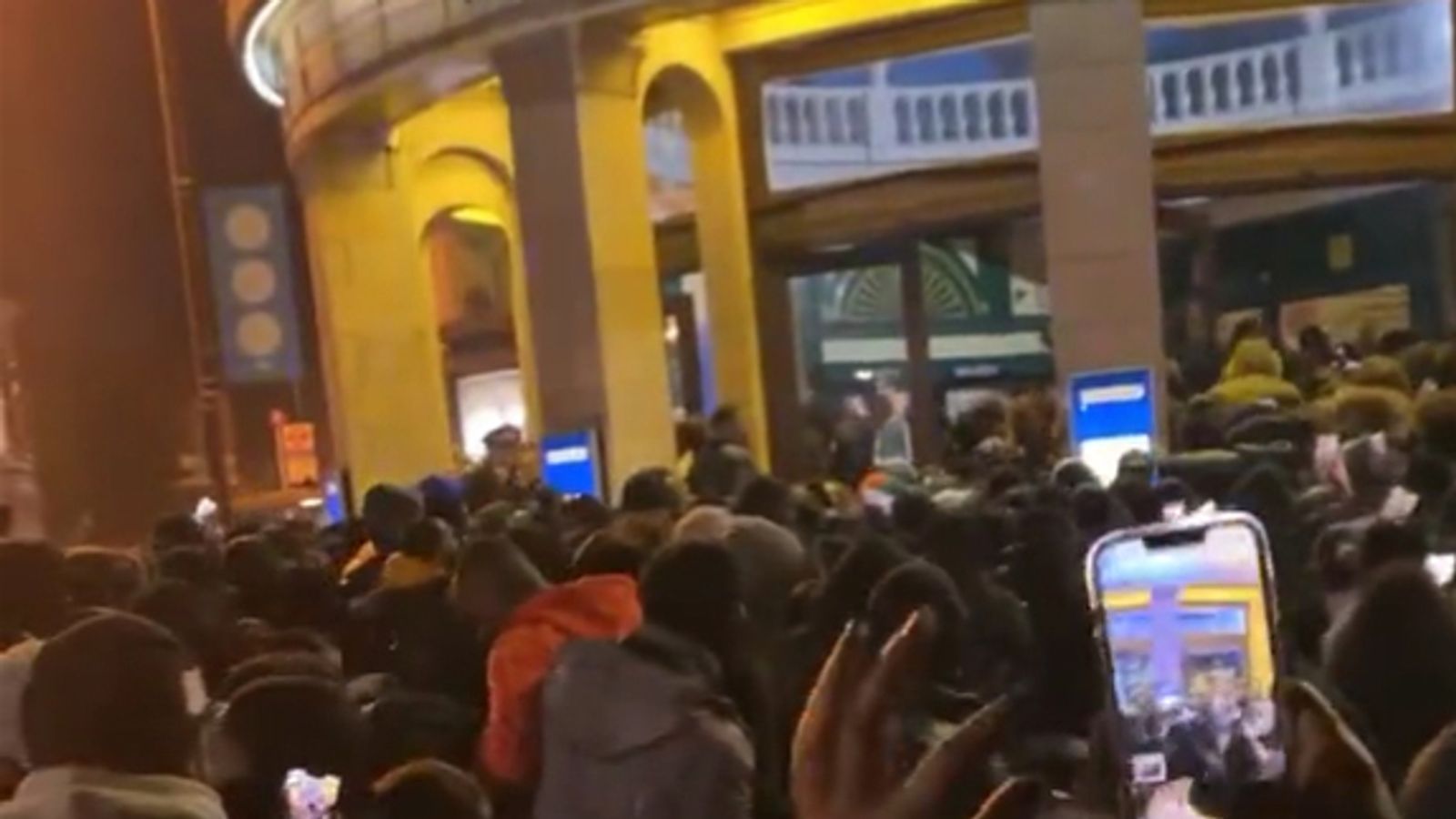 Four people are in a critical condition after crowd trouble at a concert in south London.

People at the O2 Academy in Brixton were said to have been locked outside the venue in freezing temperatures, prompting some to try to force their way inside for the Asake gig.

The concert was eventually cancelled part-way through, with fans of the Nigerian singer told: “The reason we have to stop the show is because they have breached the doors.

“You’ve got 3,000 people have broken the doors outside and because of security the police have asked us to close the show.”

The message was met with booing before it continued: “This is nothing to do with us… There are people who’ve breached the door.

“They have broken in and security are trying to help with it.”

It is unclear if those said to have breached the doors had tickets for the event.

The O2 Academy’s website says the venue has the capacity to hold 4,921 people.

The Metropolitan Police said officers, the London Ambulance Service and London Fire Brigade were called to the scene at around 9.30pm on Thursday.

Eight people were taken to hospital, with four still in a critical condition due to injuries believed to have been caused by crushing. Others injured were treated at the scene.

One woman wrote on Twitter: “I was squashed, people stampeded in after hours of standing outside and having the doors closed. I could not breathe.”

He said: “This is an extremely upsetting incident which has left four people critically ill in hospital. My thoughts and prayers are with them and their families.

“A police investigation has been launched, and it will be as thorough and as forensic as necessary to establish exactly what happened last night.

“The scene will be examined by specialist officers, CCTV will be viewed, every witness that we can make contact with will be spoken to and all other lines of enquiry will be followed.

“Officers are remaining in the area to provide reassurance to the local community in and around Brixton.”

While no arrests have taken place, detectives have launched an urgent investigation and cordons remain in place at the O2 Academy.

He added: “I am aware of video being shared on social media. I would ask people to be sensible about what they share, and not to post material that will be upsetting to those affected by this incident.

“Where force has been used by police officers, those officers know they have to be accountable for their actions. The Met’s Directorate of Professional Standards will view all material, including body worn video footage from the officers at the scene.

“In relation to a clip being widely shared, I can confirm that no police dogs were deployed to the location.”

He urged witnesses – and anyone with mobile phone footage that may assist the investigation – to contact police.

In a tweet on Friday morning, Sadiq Khan, mayor of London, wrote that he was “heartbroken that this could happen to young Londoners enjoying a night out in our city”.

He urged anyone with information to contact police before adding that he “won’t rest until we have the answers their loved ones and the local community need and deserve”.

Asake, 27, an Afrobeats singer and songwriter, released his debut album, Mr Money With The Vibe, this year.