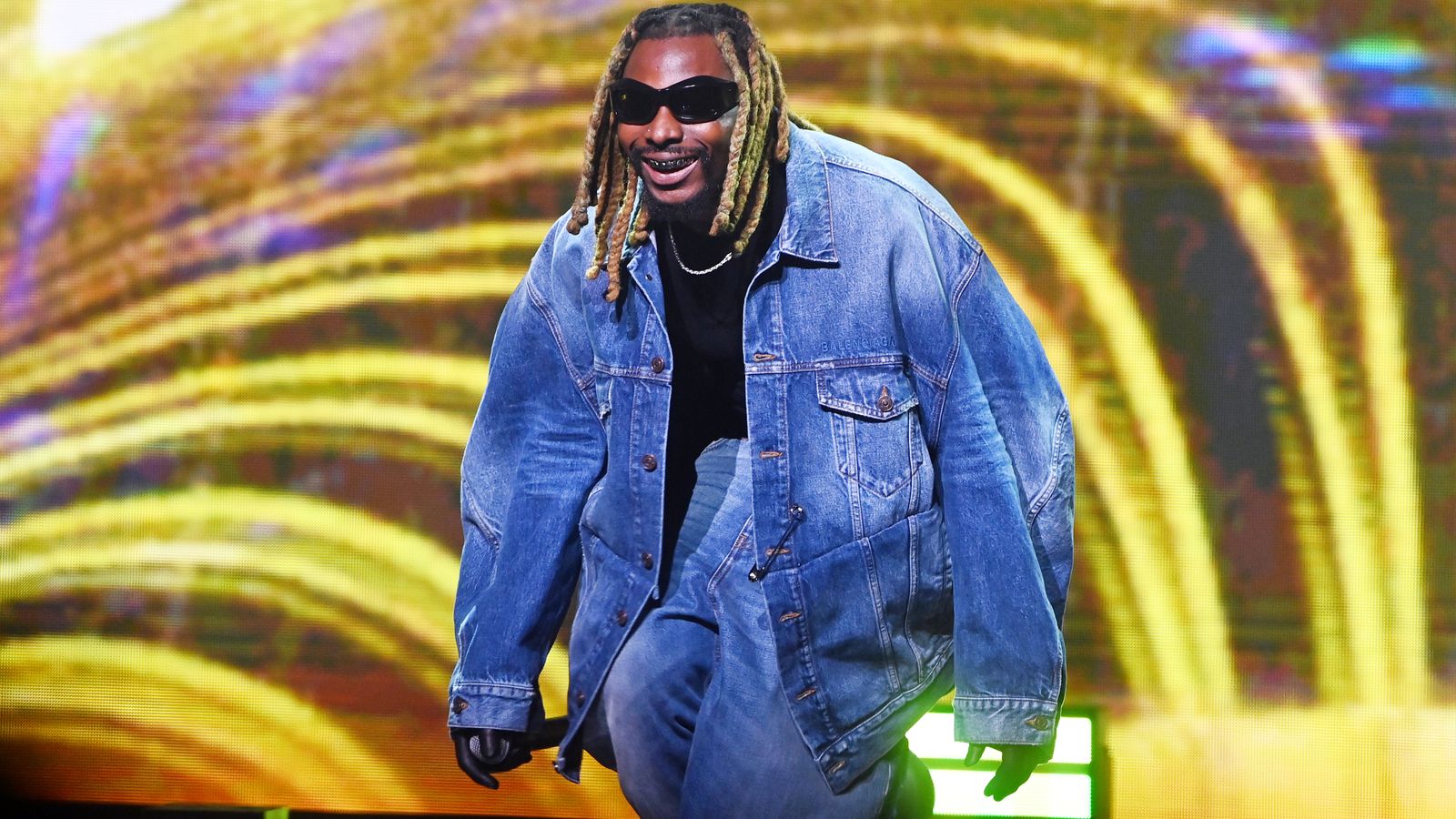 Singer-songwriter Asake has said his “heart is with those who were injured” after an apparent crowd crush at his concert at the O2 Academy in Brixton.

Four people are in a critical condition, the Metropolitan Police said, after eight were taken to hospital by ambulance on Thursday night.

The Nigerian Afrobeats artist has said in a statement on Instagram: “My heart is with those who were injured last night and caused any form of discomfort. I pray you get well soonest.

“I am also in the process of reaching out to individuals.

“I still do not have the full brief from the venue management themselves as to what led to the disruption at the entrance of the Brixton Academy, but we are thankful that all was peaceful at the end.

“For my people who enjoyed the beginning of my performance, I am sorry that it was cut short.

“Thank you for your unbelievable love, London. I love you too much! I’m looking forward to seeing you again in a bit!”

Asake, whose real name is Ahmed Ololade, was recently nominated for BBC Radio 1’s Sound of 2023 award, for artists breaking through in the UK.

Lambeth police and other emergency services were alerted to the scene on Stockwell Road after 9.30pm following reports of injuries after “a large crowd attempted to gain entry without tickets”.

Injuries were believed to have been caused by “crushing”, according to Scotland Yard police officers. No arrests have been made.

The concert was eventually cancelled part-way through, with fans of the Nigerian singer told: “The reason we have to stop the show is because they have breached the doors.

“You’ve got 3,000 people have broken the doors outside and because of security the police have asked us to close the show.”

Footage posted online showed large crowds outside the building, with many people holding up mobile phones and filming the scene.

A resident who lives next to the O2, John, 32, who declined to give his surname, said police arrived after the gig was cancelled.

“I saw everyone at the front door of Brixton Academy, (then) everything just stopped,” he said.

“It looked like the gig had been cancelled, and then some commotion, some pushing and shoving, and the police came shortly after. That’s when it kicked off and became aggressive.”

He added: “You could tell there was tension.”

He said that glass on the doors at the front of the O2 had been broken with some individuals “really pushing and shoving and trying to break through the door and force their way in”.

Another witness, who was in the upstairs seating area of the venue told Sky News that Asake only performed three songs, after coming on stage just before 10.00pm, before the announcement to stop the show was made.

They said: “The gates opened at 7.00pm, I got there an hour later about 8.00pm and managed to get into the venue relatively quickly. Everyone was going wild when Asake came on stage.

“Then we started to hear some loud noises, including banging and shouting. We decided to leave before the chaos got any worse.

“In the foyer you could see the huge crowds of people outside. They were packed together like sardines. They had block to off the venue.”

They added that they have now asked for a full refund for the tickets.

A statement by Asake posted on Twitter before the show, asked fans not to come to the venue unless they had a valid ticket. 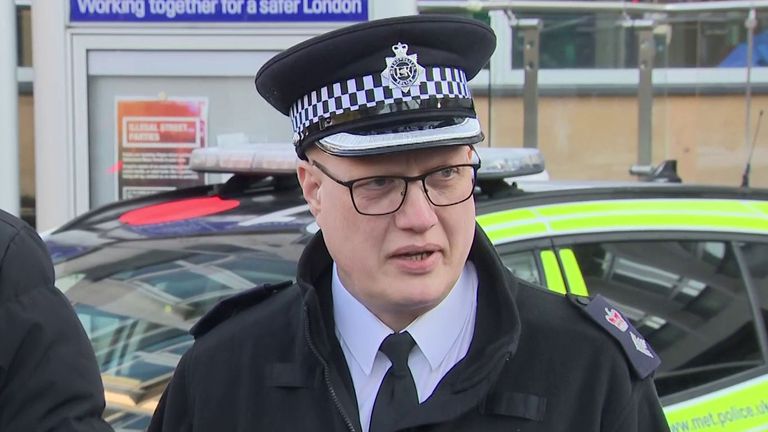 Metropolitan Police Gold Commander Ade Adelekan urged people to “be sensible about what they share” on social media and “not to post material that will be upsetting to those affected by this incident”.

He added that the officers who used force “know they have to be accountable for their actions”, adding that the Met’s Directorate of Professional Standards will look at all material, including body-worn video footage from those at the scene.

“This is an extremely upsetting incident which has left four people critically ill in hospital. My thoughts and prayers are with them and their families,” Mr Adelekan said.

“A police investigation has been launched, and it will be as thorough and as forensic as necessary to establish exactly what happened last night.

“The scene will be examined by specialist officers, CCTV will be viewed, every witness that we can make contact with will be spoken to, and all other lines of inquiry will be followed.

“Officers are remaining in the area to provide reassurance to the local community in and around Brixton. If you have any information or concerns, please speak with them.”

Sadiq Khan, mayor of London tweeted: “My thoughts are with all those affected by the awful incident at Brixton Academy.

“An urgent investigation is under way and I remain in close contact with the Met Commissioner since last night.”

Police have appealed for witnesses to get in touch and anyone with mobile phone footage that might be helpful to make contact through @MetCC on Twitter.