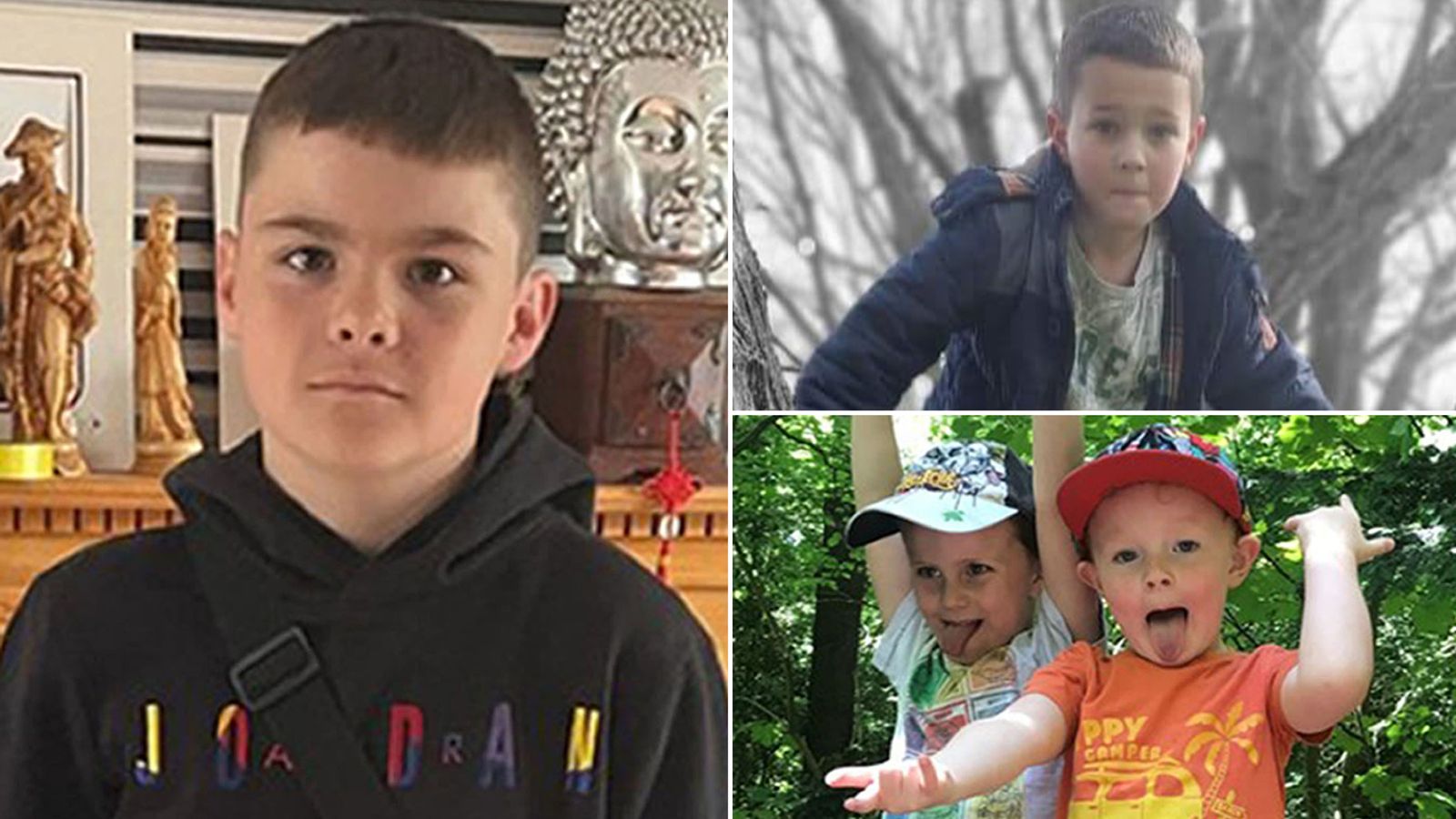 Four boys who died after falling into a frozen lake in Solihull have been named by police.

Three of the boys, Jack, Thomas and Finlay, died on Sunday after falling into Babbs Mill Lake.

Samuel was taken to hospital in a critical condition, but died yesterday.

In a statement, released through West Midlands Police, the parents of Thomas, Finlay and Samuel, said: “As a family we are devastated at the loss of our beautiful boys Tom, Fin and Sam in such tragic circumstances.

“We would like to thank the emergency services for all they did in rescuing the boys and to the community for their support, it has been overwhelming.

“We would like to pass on our condolences to Jack’s family at this very sad time, and ask for privacy from the media to begin to grieve.”

‘He was a lively little soul’

Thomas’ older brother paid tribute to him and his cousin, in a statement taken prior to the death of Samuel.

He wrote: “Thomas was such a lively little soul, he had a big heart for such a young kid and he was so beautiful. He loved being outside playing with his mates.

“I love you Tom, big bro will take care of the family and I will see you soon.”

Paying tribute to his cousin, Finlay, he wrote: “Can’t forget about my dinosaur man Fin, he loved dinosaurs so much and always showing me new things he built on Minecraft and all the new stuff he learnt on it.

‘A loving pupil with a heart of gold’

Jack Johnson’s school, St Anthony’s Catholic Primary School in Solihull, paid tribute to the 10-year-old, who they described as a “loving bubbly pupil with a heart of gold”.

Headteacher Cieran Flaherty said in a statement: “(He was) someone who would always check in on others
and make sure they were doing ok.

“He was a joy to teach and a child who we are all so very proud of. A ray of sunshine who would never fail to make us all smile.

“We can only say thank you to him for brightening up our lives.”

Today the school held a “moving” mass for Jack, which was attended by his family, members of the school and the Archbishop of Birmingham Bernard Longley.

‘A tragedy beyond words’

Friends say the children were playing around the icy lake on Sunday when one of the boys’ legs fell through.

According to one friend, the other three children fell into the water as they attempted to help him.

The four children were all in cardiac arrest when rescue teams pulled them out and emergency services rushed them to hospital.

Extensive underwater searches were carried out following the incident and have now concluded, police say.

Superintendent Rich Harris described the incident as a “tragedy beyond words”.

In a statement, he said: “(The) grief is unimaginable for the families and friends of the boys. 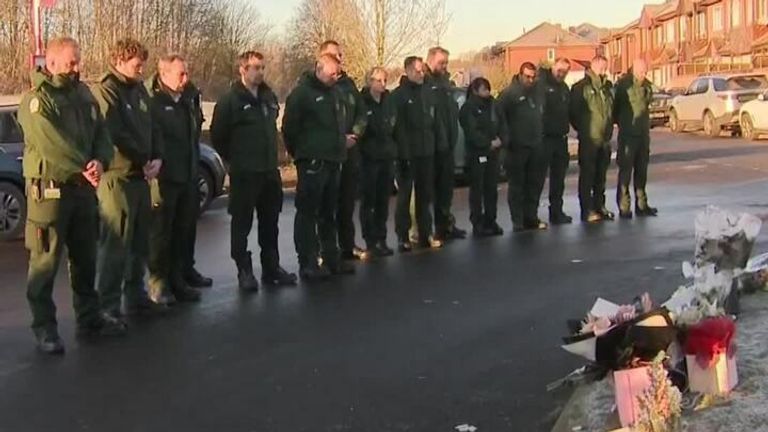 “The support from the community has been overwhelming, not just for the bereaved families, but also for the emergency services, for which we are extremely grateful.

“Our officers will remain in the area in the coming days. Please come and speak to us if you need to.”

It comes as Aston Villa stars Tyrone Mings and John McGinn paid their respects on Wednesday to the boys.

The Premier League footballers visited a makeshift memorial, set up near to the scene of the incident.

Speaking to Sky News at the memorial, Mings said he and McGinn had made a “personal decision” to pay their respects.

Mings said: “I think it has impacted the whole city and we thought it was important to come down on a personal level, just to show that we were supporting.

“Sometimes, as we have seen with other things that have happened across the city, there are things more important than football.

“We thought it was important to come down, show our respects, and show we are thinking about everything that has happened.

“There will be lots of supporters who will have been impacted by what has happened, and we feel that pain too.”

Villa captain McGinn added: “Solihull has been my home for the past five years. 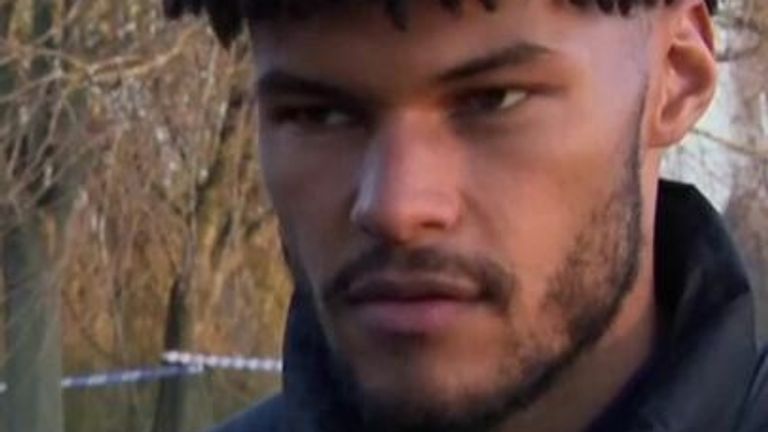 “It was certainly moving for us and we saw John Eustace (Birmingham City’s manager) come down yesterday and myself and Tyrone thought it would be great for us to pay our respects.”

Mings and McGinn spent a few moments in silence looking at the hundreds of tributes, cards, bouquets, children’s toys and balloons which have been laid at the foot of a tree next to Babbs Mill Park.

Spot the Sussexes: Is that Harry and Meghan at Ellen DeGeneres’s surprise wedding vow renewal?
Some of Wall Street’s biggest names are exposed to the Adani Enterprises plunge
US zero-emission transit buses saw a 66% increase in 2022 – here’s why
More than 13,000 Nigerian residents take Shell to court over oil spills
‘No excuse for dodging scrutiny’: Labour demands report on levelling up progress