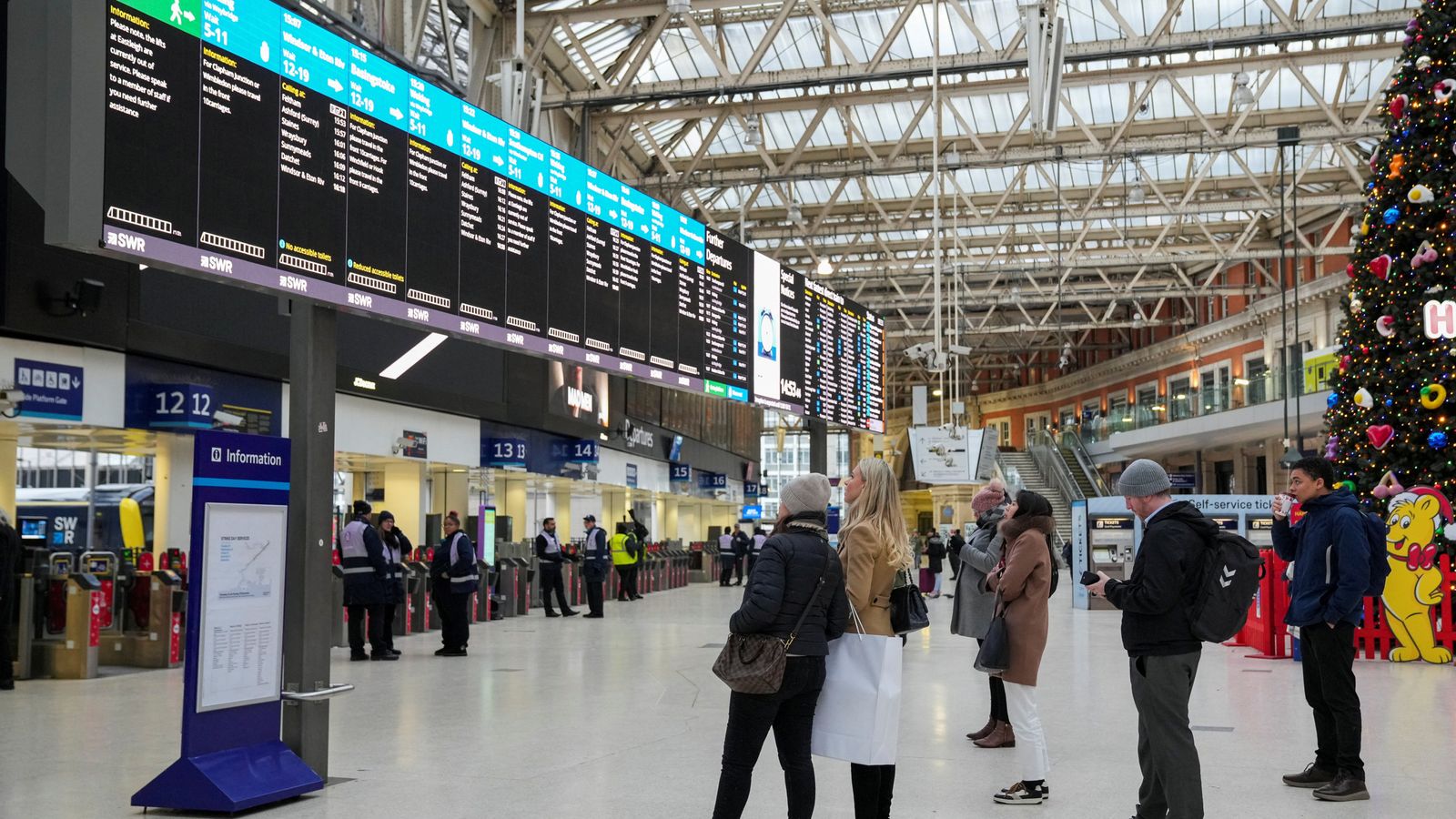 Parts of the UK are facing more travel trouble with rail, bus and highways workers walking off the job today in the continuing dispute over pay and conditions.

Members of the Rail, Maritime and Transport union will begin another 48-hour strike, after talks failed to make progress on Thursday.

The RMT said “further discussions” had been agreed but “in the meantime, all industrial action remains in place”.

Members of both groups will strike today and tomorrow, and then on 3-4 January and 6-7 January, with RMT members at Network Rail also striking from 6.30pm on Christmas Eve until 6am on 27 December.

TSSA (Transport Salaried Staffs’ Association) members at Network Rail voted on Thursday to accept a pay offer, but members at Avanti West Coast will continue with their strike action today.

Passengers across the rail network have been warned not to travel.

Read more:
Strikes every day before Christmas – which sectors are affected and why
Nurses call biggest strike a ‘turning point’ as No 10 says ‘no plans’ to up offer on pay
‘We are exhausted and deflated’ – nurses’ stories from picket lines across the country

Meanwhile, bus drivers employed by Abellio in south and west London will strike today and tomorrow as part of their dispute over pay.

Their union – Unite – said Abellio has failed to enter into “meaningful pay talks” about salary increases and that its members are among the lowest paid in London.

Their colleagues at Metroline in north and west London had been due to strike today but they accepted an offer earlier this month – an 11% pay rise with a 10% increase on back pay.

Members of the Public and Commercial Services union who work for National Highways will walk out in the North West, North East and Yorkshire today, with other parts of the country to be affected in coming weeks.

The PCS said the workers plan, design, build, operate and maintain the country’s roads and that the strikes risk bringing the network to a “standstill”.

Their dispute is over pay, pensions, job security and redundancy terms.

National Highways said around 125 out of 1,500 frontline operational staff would be taking part in the strikes, which it said was between 10 and 25 people per region.

It said: “We’re working to ensure that any industrial action will not affect road users’ experience and are confident that the impact of the strikes will be managed.”

Rail, bus and highways workers are among hundreds of thousands of workers striking this winter, as inflation and other cost-of-living pressures leave pay behind.

Also on strike today are more than 900 staff who work at the Rural Payments Agency, DVSA staff in Scotland and Northern Ireland, and Eurostar security guards.

A strike planned for today by ground handlers employed by Menzies at Heathrow Airport has been called off, however.