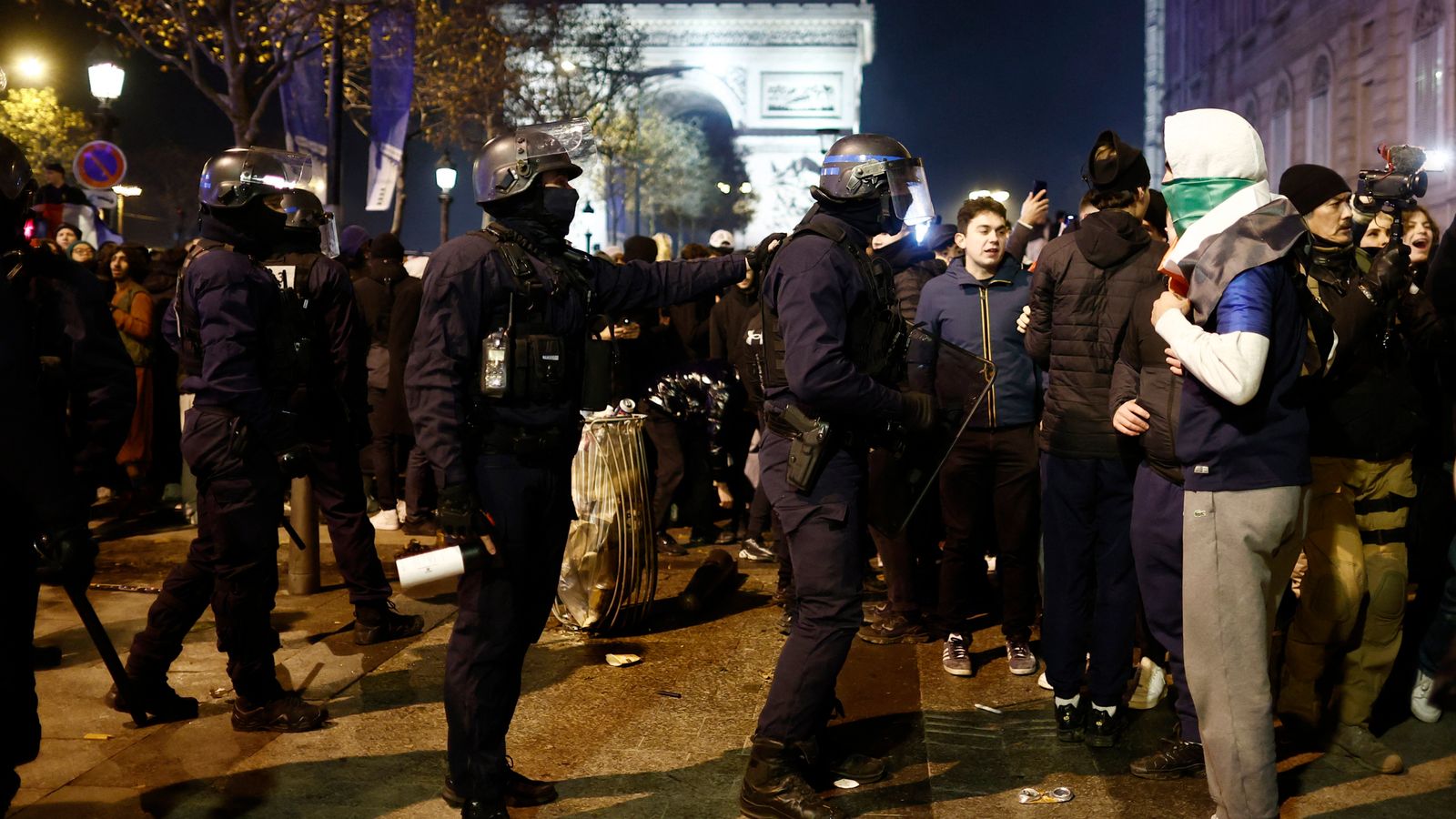 A boy has been killed in Montpellier amid clashes between France and Morocco fans following the World Cup semi-final.

A statement issued by the local government office said the boy was “violently hit” by a car in the city, in the south of France, on Wednesday.

He was transferred to the hospital, but died shortly after arrival, the Department of Herault said.

The vehicle was found near the scene and police are investigating.

Video shared on social media showed crowds in the street milling around a car being driven erratically.

France and Morocco fans had also clashed in Paris following the game. Police in riot gear were called to disperse the crowds.

Earlier, France had secured their place in the World Cup final in Qatar after beating Morocco 2-0. They will play Argentina in the final on Sunday.

Europe’s highest dam is now covered in nearly 5,000 solar panels
Fashion designer Paco Rabanne – known for his flamboyant Space Age designs – dies aged 88
Ammunition running out but ‘no new money’ for defence despite war in Ukraine, sources say
Princess Diana’s marriage to Charles was ‘essentially arranged’, says Jemima Khan
‘I was not given a realistic chance’, says Liz Truss, as she makes comeback