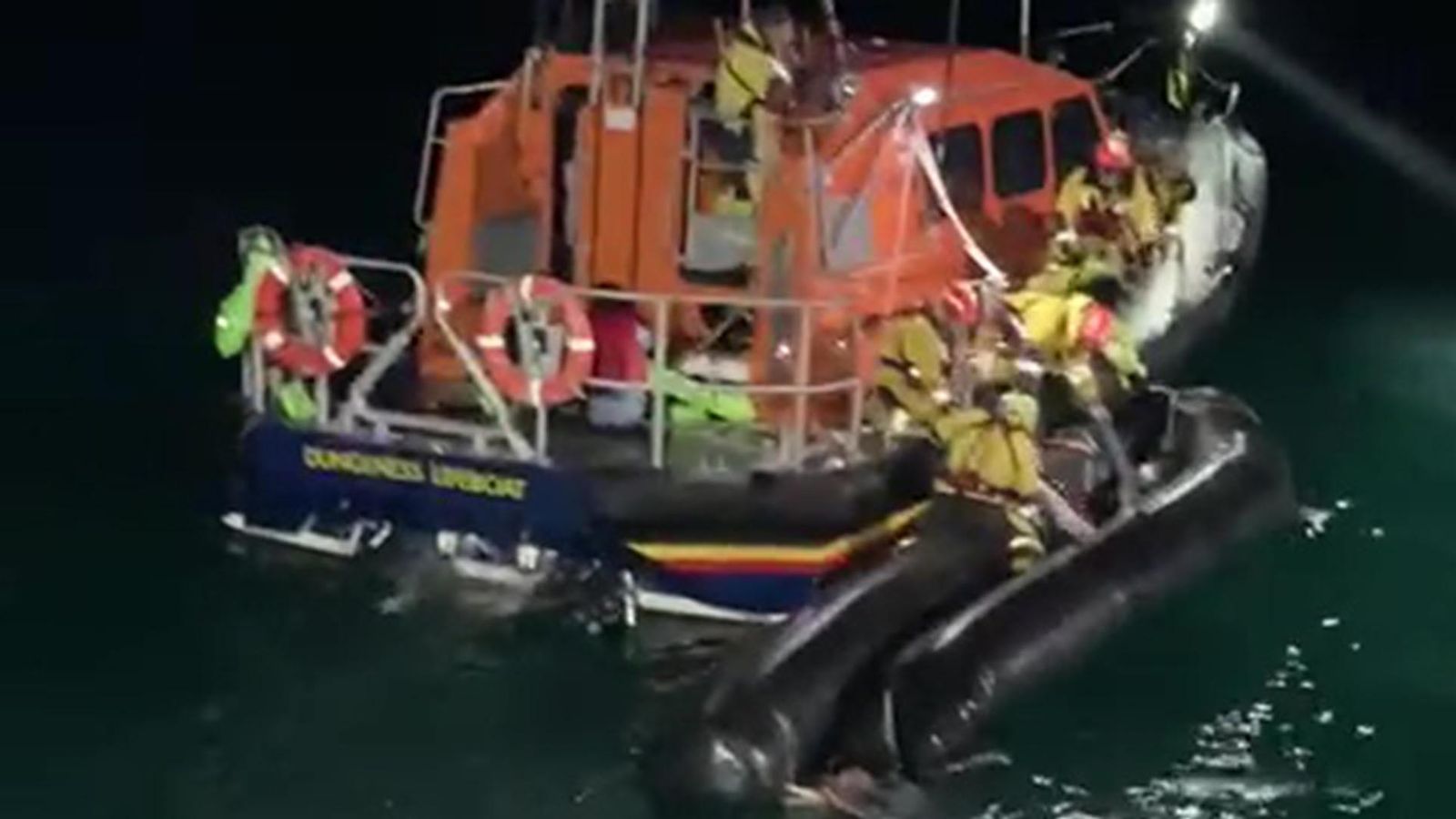 There are two places that can tell you just about everything about why people come from all over the world to northern France, and why they pay thousands of pounds to criminals just to get a place on board a flimsy dinghy.

One is a migrant camp near the town of Grande-Synthe, near Dunkirk. The other is the middle of the Channel.

Let’s start with the Channel itself. We went out there today, a matter of hours after dozens of people were put in peril, and some died, when their boat began to collapse while out on the water.

It was cold out on the water and, even though the wind wasn’t too strong, the waves were choppy enough to unsettle our boat.

Our boat, of course, was seaworthy, big and equipped with powerful engines, life jackets and radar. The migrants who cross to Britain do so in inflatable boats that are normally fitted with hopelessly underpowered engines.

They are always overcrowded and you’re lucky if you get a proper life jacket – smugglers sometimes provide adults with children’s life vests, because they’re cheaper.

But today was clear, and it offered a tantalising image. From our boat, somewhere near the middle of the Channel, we could clearly see the coast of France behind us, and the British coast ahead. The white cliffs really do seem to beckon you toward them.

The gap between the two countries seems so small. So it’s no surprise that so many people, fleeing persecution, war, starvation or other dangers, have decided to cross the Channel to seek asylum in Britain. If you’ve fled horrors at home and managed to trek across Europe to get to Calais, then a boat trip might seem straightforward.

You’d have to ignore the dangers from huge ships, the icy weather, the rolling waves and the ever-present risk of your boat collapsing, of course.

But having asked lots of people about these risks, I am used to the grudging acceptance that is normally the answer; the idea that fate will decide, that this is merely the final challenge of a long, dangerous journey. “Inshallah” is a popular response.

And that takes us to our second location – a migrant camp near a cement works in Grande-Synthe. A squalid place where everyone is in transit and where nobody wants to stay; where migrants who are new to the coast can find a people smuggler prepared to sell them a ticket to Britain.

‘I died on that boat’

We met a group of men from the Punjab region of India. And their story was remarkably timely.

The previous evening, they had also set off from a French beach to try to get to Britain. But their boat broke down five kilometres out to sea. The men said they tried to call the French emergency number, but got no help.

Eventually, they managed to coax their boat to get back near the shore, and then swam back to the beach. It was, one of them told me, “so, so cold”.

His clothes were still wet – but he had fresh items supplied by a charity. How, I asked, did you feel on that boat, in the cold? “Frightened,” he said. “I died on that boat.”

But he feels he must try again due to “family problems” at home. It is a familiar story in these camps – of people fleeing their backgrounds.

For them, entering Britain “legally” is all but impossible. So the people in these camps go for the only option that seems credible, reasonable and accessible – a small-boat crossing organised by a people smuggler. The risks are simply part of the effort.

So when you balance the desperation of the people you find at this camp, the preponderance of people smugglers and the risks involved in crossing the Channel, perhaps the wonder is not that people have died, but that the death toll hasn’t been worse.

And as long as the number keeps rising, our nervousness should increase too. It is, I fear, a safe prediction to say – more people will die in the bleak, cold waters of the English Channel.