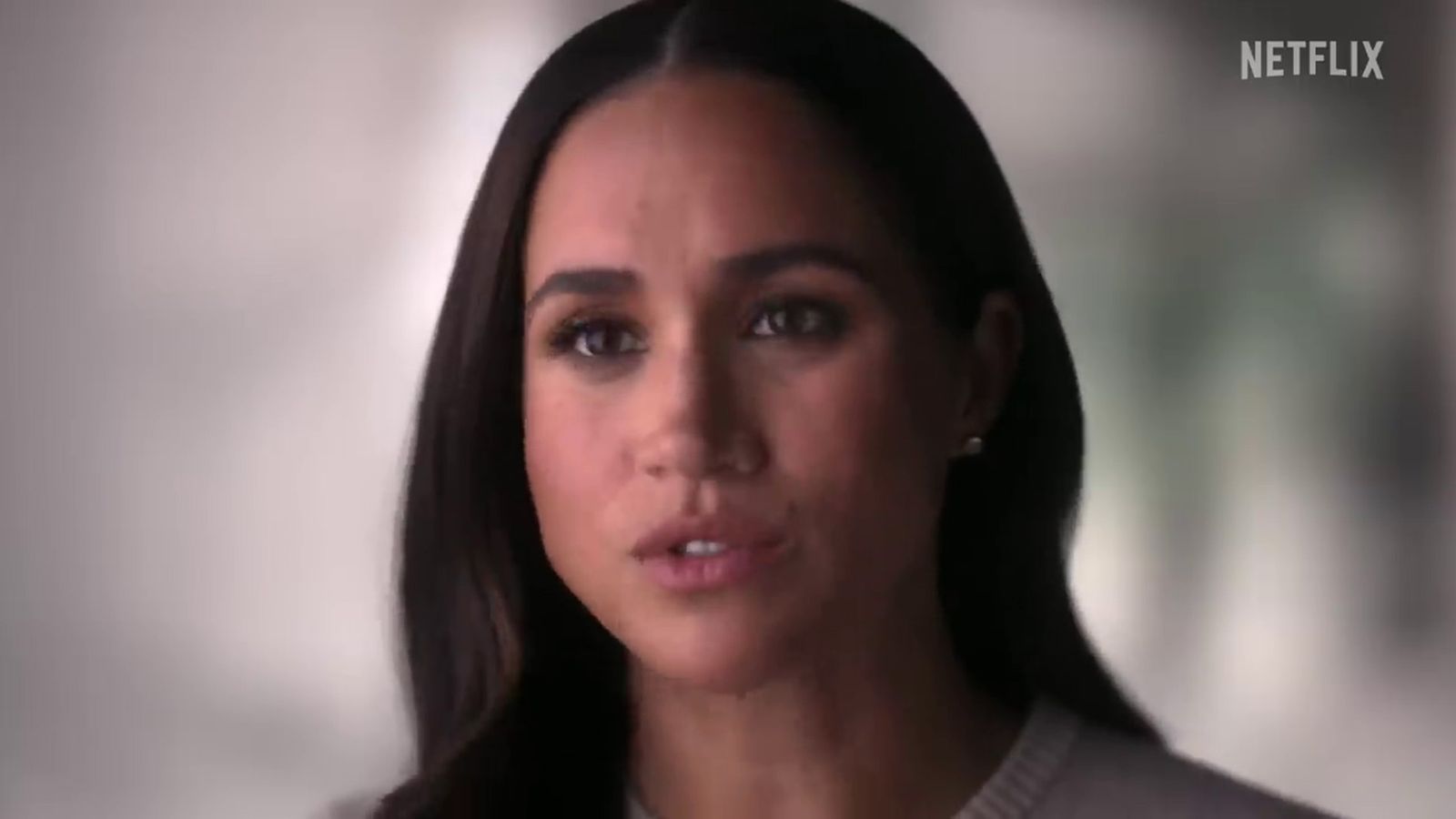 A new trailer for the final episodes of Harry and Meghan’s Netflix documentary series accuses the palace of “feeding” stories about the duchess to the press to avoid other “less favourable” stories from being published.

Ahead of the final three episodes of Harry & Meghan airing on Thursday morning, the streaming platform has published another look-ahead clip – this time featuring snippets of interviews with Meghan, her friend Lucy Fraser, and lawyer Jenny Afia.

Ms Afia, a partner at the media law firm Schillings, is first to be featured, speaking as footage of Buckingham Palace is shown.

“There was a real kind of war against Meghan and I’ve certainly seen evidence that there was negative briefing from the palace against Harry and Meghan to suit other people’s agendas,” she says.

The trailer moves on to Ms Fraser, who says: “Meg became this scapegoat for the palace, and so they would feed stories on her whether they were true or not, to avoid other less favourable stories being printed.”

“You would just see it play out,” Meghan then says herself. “Like, a story about someone in the family would pop up for a minute and they go, ‘gotta make that go away’.

The trailer finishes with Ms Afia addressing the media attention on Meghan’s relationship with her father, Thomas Markle.

“This barrage of negative articles about the breakdown of the relationship with her father was the final straw in a campaign of negative nasty coverage about her,” she says.

Neither Kensington Palace, which represents the Prince and Princess of Wales, nor Buckingham Palace have commented on the series or the most recent trailer, despite the allegations.

Sky News understands palace officials are currently focused on the Princess of Wales’s carol service, which is due to be filmed at Westminster Abbey on Thursday and will aim to shine a light on a congregation of almost 2,000 people who have been helping their communities across the UK, as well as remembering the Queen’s legacy.

‘They were happy to lie to protect my brother’ 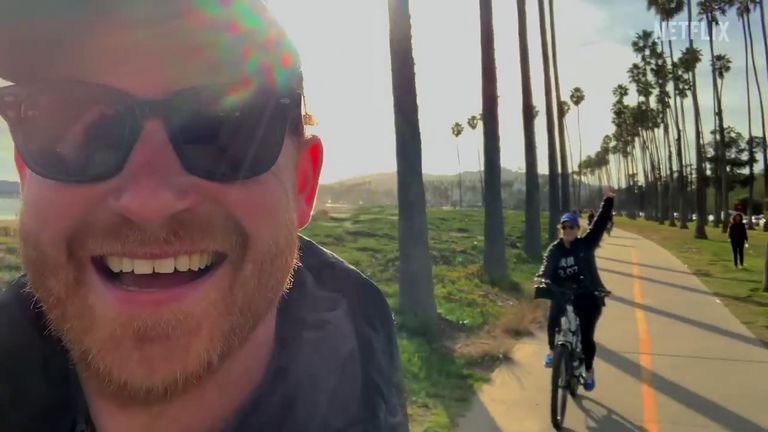 Harry: ‘They were happy to lie to protect my brother’

A previous teaser released at the beginning of the week featured Harry saying “they were happy to lie to protect my brother”, referring to Prince William, against images of Buckingham Palace and newspaper headlines including: ‘Queen orders a hard Megxit’.

The final three episodes will air a week after the first three were made available to stream across the world. In these first episodes, viewers heard from Harry and Meghan talking about the pressure they felt from media interest in their lives, and how they did not feel supported by the Royal Family.

The couple signed lucrative deals, thought to be worth more than £100m, with Netflix and Spotify after quitting as senior working royals in 2020.

After their bombshell interview with Oprah Winfrey in 2021, this docuseries, directed by Oscar-nominated Liz Garbus, has been billed as a Netflix global event, with Harry and Meghan sharing “the other side of their high-profile love story”.

However, they have faced criticism, with one Conservative MP planning to bring forward legislation that could see the pair stripped of their royal titles.

The documentary’s claim that the Royal Family was approached for comment about the series has also been disputed, with a palace source saying they were not.

It also emerged that a clip of one of the first trailers for the series, included to apparently illustrate paparazzi hounding the couple, was actually taken as Katie Price arrived at court last year, and that a photo of photographers with long lenses was taken at a Harry Potter premiere years before they met.