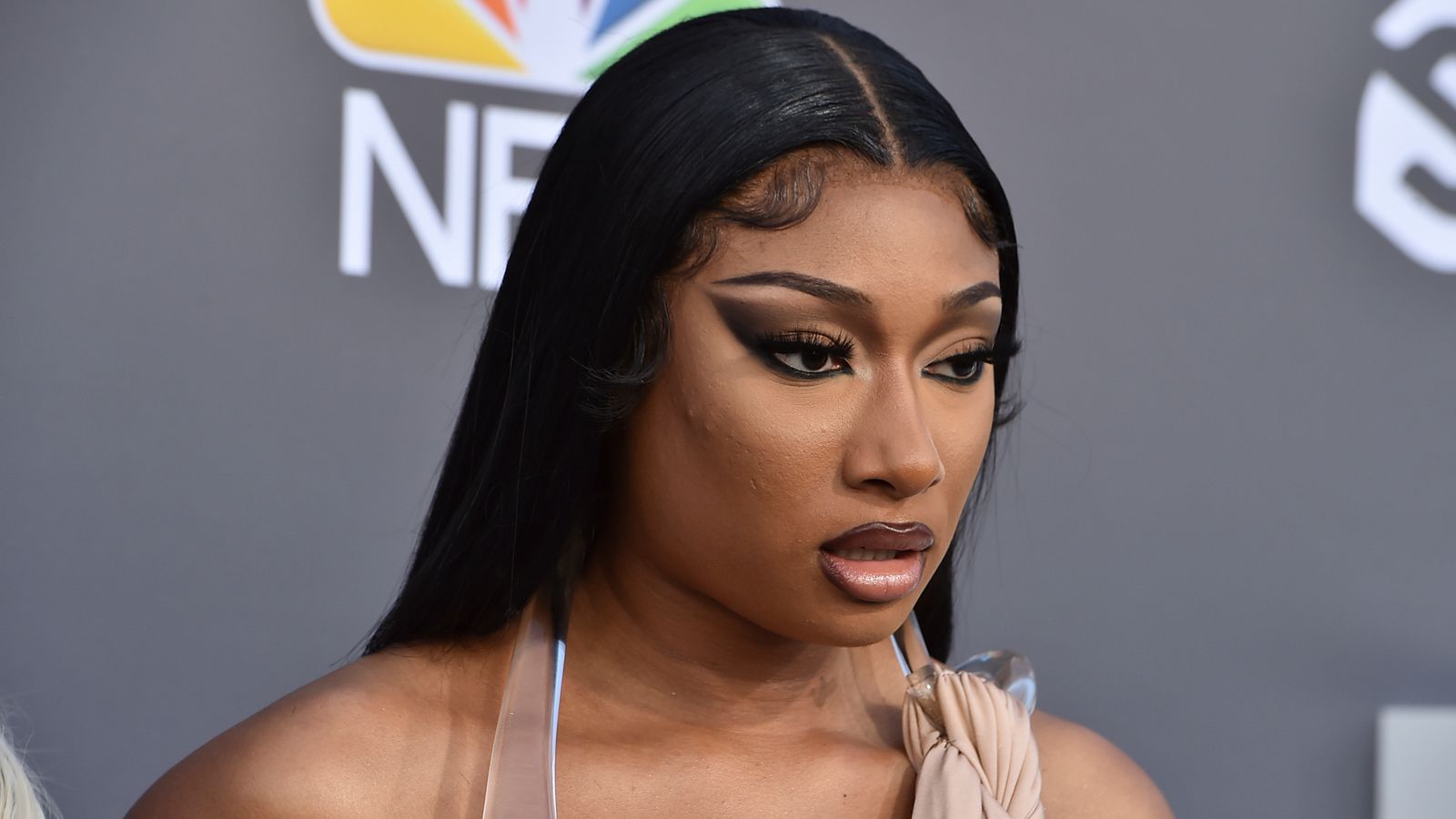 Grammy-winner Megan Thee Stallion has told a jury that fellow rapper Tory Lanez told her to “dance” before shooting at her feet five times following a party at Kylie Jenner’s house in the Hollywood Hills.

The hip hop star gave evidence in court during the second day of an assault trial in Los Angeles, saying she was wounded in the incident.

“I’m in shock. I’m scared,” the 27-year-old told jurors, according to the Los Angeles Times. “I hear the gun going off, and I can’t believe he’s shooting at me.”

Megan Thee Stallion, whose real name is Megan Pete, said she saw blood on her feet after the alleged incident, which happened following a party at The Kardashians star Jenner‘s home in July 2020, Sky News’ US affiliate NBC reports from California’s City News Service.

She reportedly told the Clara Shortridge Foltz Criminal Justice Centre courthouse that after she was shot, Lanez, whose real name is Daystar Peterson, offered her $1m (about £808,000) to keep quiet.

Canadian rapper Lanez, 30, has pleaded not guilty to discharging a firearm with gross negligence, assault with a semiautomatic firearm, and carrying a loaded, unregistered firearm in a vehicle.

Megan wore a purple suit to give evidence in court.

“I just don’t feel good,” she said, at the beginning of questioning from deputy district attorney Kathy Ta. “I can’t believe I have to come in here and do this.”

Telling the court her memories of the night, she said she left Jenner’s party in a vehicle with Lanez, his bodyguard and her friend.

She and Lanez had become close, jurors heard, and had an occasionally sexual relationship.

Megan’s friend, who had a “crush” on Lanez, tried to stir up trouble in the car, the court was told.

The rapper said the argument spiralled out of control and that she and Lanez started making digs about each other’s music and careers.

“I feel like that really rubbed him the wrong way,” she said. “He kept yelling and cursing.”

Megan said she was wearing a bikini, but got out of the vehicle and tried to walk away.

This is when Lanez leaned out and opened fire, she said, according to the reports, leaving the back of her feet wounded.

During the opening statements in the trial, Lanez’s attorney George Mgdesyan said Megan’s injury showed she could not have had a clear look at whoever shot the gun, and that he would present more evidence that countered her story during the trial.

If convicted on all counts, Lanez could be sentenced to more than 22 years in prison. He could also be deported to his native Canada.

Lanez’s career began in 2009, and he has had a successful run of mixtapes and major-label records since then, with his last two albums reaching the top 10 on the US Billboard charts.

Megan Thee Stallion was an up-and-coming star at the time of the alleged incident. In 2021, she won a Grammy for best new artist, and had number one singles on the Billboard Hot 100 with her own song Savage featuring Beyonce, and as a guest on Cardi B‘s WAP, which featured Jenner in the video.