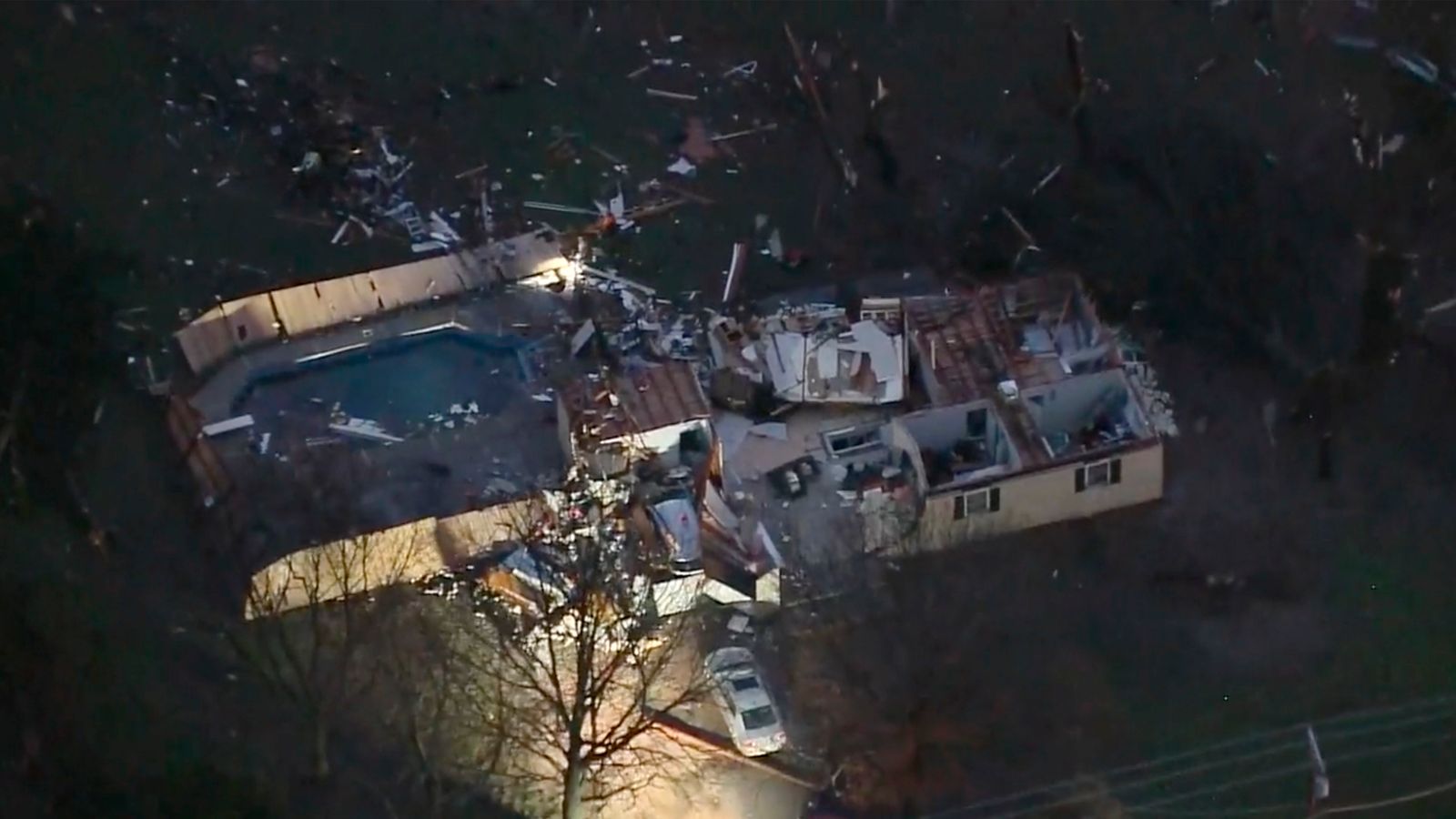 Much of the Midwestern United States is braced for blizzards, and tornado warnings from a massive storm blowing across the country have been issued in southern states.

An area stretching from Montana into western Nebraska and Colorado is under blizzard warnings, with the National Weather Service predicting as much as 61cm of snow in some areas of western South Dakota and northwestern Nebraska.

“This is a ‘we are not kidding’ kind of storm,” the South Dakota public safety department tweeted, urging people to stock up on essentials but then stay indoors once the storm hits.

Tornadoes along with strong winds, hail and flash flooding were forecast for today – with eastern Texas, much of Louisiana and western Mississippi at highest risk for severe storms.

Tornado warnings have also been issued in parts of central Oklahoma and north Texas.

Damage was reported in the Oklahoma town of Wayne after forecasters warned of a “confirmed tornado” shortly after 5am on Tuesday.

Swathes of the US have already been hit by a powerful snowstorm, with frigid temperatures, blizzards and freezing rain forecast for days.

The huge storm system moved across areas of the northwest, the Great Plains and parts of the southwest on Monday.

Video footage from Oklahoma TV station KOCO captured substantial damage to a home in Wayne, which is around 45 miles south of Oklahoma City.

Marc Chenard, a meteorologist at the weather service’s headquarters in College Park, Maryland, said: “It will be a busy week while this system moves across the country.”

The weather is part of the same system that dumped heavy snow in the Sierra Nevada over the weekend before moving east.

The National Weather Service also warned that up to half an inch of ice could form and 45mph winds could hit parts of Iowa, Minnesota and South Dakota.

In California, the UC Berkeley Central Sierra Snow Lab northwest of Lake Tahoe said the storm had dropped 138.5cm of snow, after the region has dealt with years of drought that have prompted called for water conservation.