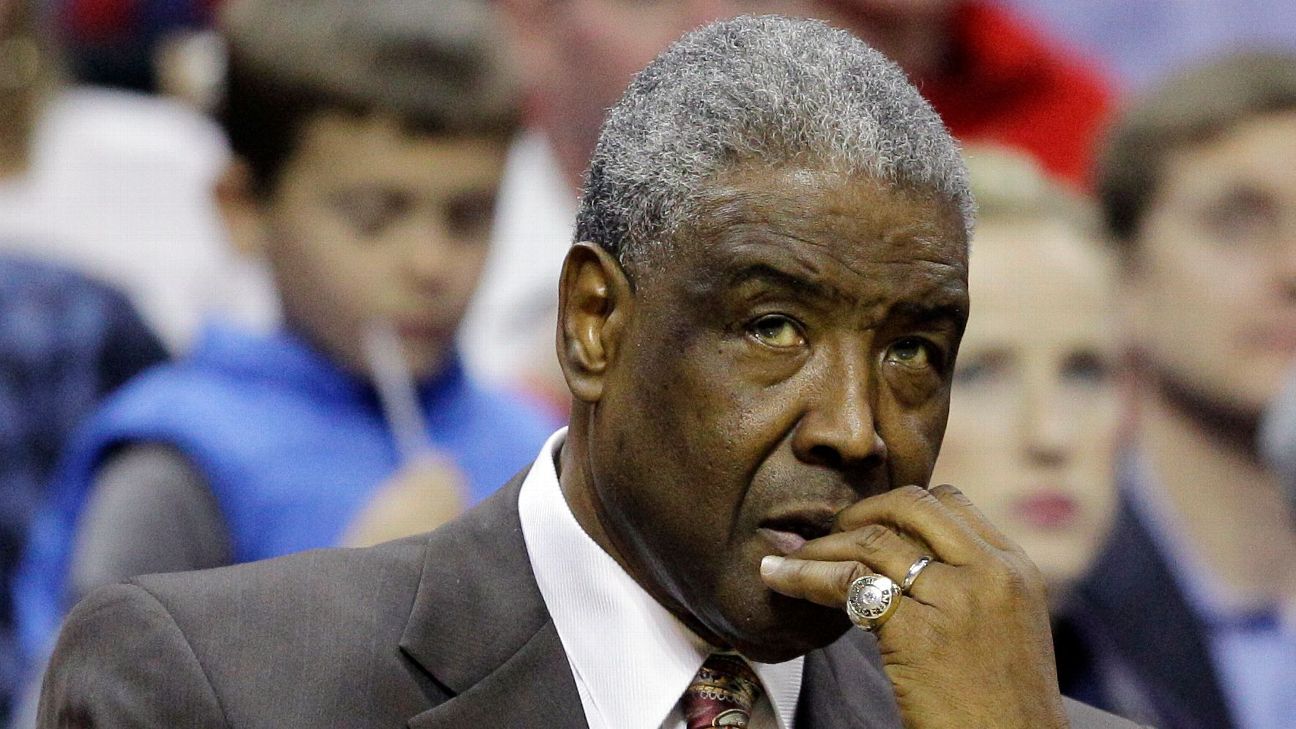 Basketball taught Paul Silas how to be patient.

“I always tried to remain positive,” Silas said in 2013, “and I think it usually worked out.”

Silas — who touched the game as a player, coach and president of the National Basketball Players Association — has died, his family announced Sunday. Silas, whose son, Stephen Silas, is coach of the Houston Rockets, was 79.

“He combined the knowledge developed over nearly 40 years as an NBA player and coach with an innate understanding of how to mix discipline with his never-ending positivity,” Charlotte Hornets chairman Michael Jordan said. “On or off the court, Paul’s enthusiastic and engaging personality was accompanied by an anecdote for every occasion. He was one of the all-time great people in our game, and he will be missed.”

“We mourn the passing of former NBA All-Star and head coach Paul Silas,” NBA commissioner Adam Silver said. “Paul’s lasting contributions to the game are seen through the many players and coaches he inspired, including his son, Rockets head coach Stephen Silas. We send our deepest condolences to Paul’s family.”

Tributes began arriving quickly as pregame moments of silence were held in New Orleans, Philadelphia, New York and Houston, among other places. Both Suns coach Monty Williams and Hornets coach Steve Clifford spoke at length about Silas’ role on their careers.

“For my family, he’s a god. He’s larger than life,” Clifford said.

Silas began his career as a head coach with a three-year stint leading the then-San Diego Clippers starting in 1980. After spending more than a decade as an assistant, he returned to being a head coach and spent time with the Charlotte Hornets, New Orleans Hornets, Cleveland Cavaliers and Charlotte Bobcats.

He took four of those teams to the playoffs, winning exactly 400 games — 387 in the regular season, 13 more in the postseason.

“Paul made a huge contribution to the game of basketball and will be sorely missed!” Hall of Fame guard and Los Angeles Lakers great Magic Johnson tweeted.

RIP to Hall of Famer, 3X NBA Champion, and my guy Paul Silas. Paul made a huge contribution to the game of basketball and will be sorely missed! Cookie and I send our prayers and condolences to the entire Silas family 🙏🏾❤️

It was not immediately clear how long Stephen Silas would be away from the team.

The Rockets hosted the Milwaukee Bucks on Sunday night, winning 97-92. John Lucas led the team on an interim basis.

Stephen Silas got into the NBA world when his father was coaching in Charlotte, starting as an advance scout and eventually serving as an assistant on his father’s staff with the Hornets in 2000. It took Stephen Silas two decades to get a chance to be a head coach, that coming when Houston hired him in 2020.

“My dad, obviously, he was my No. 1 mentor, someone who I could lean on, ask questions and he asked questions of me,” Stephen Silas said in a 2021 documentary produced by the Rockets about his coaching journey. “He really valued my opinion, which was kind of weird to me, me being so young and not having much experience.”

Stephen Silas persevered for a long time before getting his big chance. He saw his father wait a long time for the job he wanted as well. Paul Silas was fired by the San Diego Clippers in 1983 and wouldn’t have a head-coaching opportunity again until 1999 — coming when Dave Cowens, for whom he was an assistant, stepped down in Charlotte after a 4-11 start to the shortened 1998-99 season.

“I was known as not a hard, hard, hard worker, and it really hurt me when I was an assistant coach, for about 10 years, when I couldn’t get a head job,” Paul Silas told the Rotary Club of Charlotte while giving a speech there in 2013. “I really talked to teams about being a head coach, but I didn’t get one. What happened is I stayed positive. I had a positive attitude. Even though I couldn’t get the job, I said, ‘No, I’m not going to be negative. I’m going to be positive.'”

Eventually, Silas would take over in Cleveland. He got there in 2003, the same year the Cavaliers drafted LeBron James.

“I coached LeBron for two years, his first two years, and LeBron was unbelievable,” Silas said. “At 18 years old, he knew about Bill Russell, he knew about a lot of players who came through that most players his age don’t even know. And he understood the game.”

Lakers star LeBron James called Silas “one of the greatest human beings I’ve ever been around.”

“Every time I would go back to Charlotte, he would always come to the games, and I would always try to look for him in the crowd,” James said Sunday night. “To hear that news is very sad for myself and my teammates who played for Coach Silas throughout those years in Cleveland. And our well wishes and our hearts go out to the Silas family, that’s for sure.”

Silas was a five-time all-defensive team selection who averaged 9.4 points and 9.9 rebounds in 16 seasons with the St. Louis and Atlanta Hawks, Phoenix, Boston, Denver and Seattle. Silas won two titles with the Celtics — the first coming in his 10th season as a player — and claimed a third with the SuperSonics. At 36, he was then the NBA’s oldest player when he retired.

“Respected by all those who encountered him throughout the NBA, we are grateful for his contributions to the game across a lifetime in basketball,” the Suns said Sunday.

Paul Silas played his college basketball at Creighton, averaging 20.5 points and 21.6 rebounds in three seasons. He was voted into the College Basketball Hall of Fame in 2017.

“I am deeply saddened to hear of the passing of Creighton legend Paul Silas,” Bluejays coach Greg McDermott tweeted. “His illustrious career as a player and coach will be matched by few.”

Housebuilders to meet Hunt for talks as industry tax bill soars
Diplomatic row between China and US escalates as Pentagon says second ‘spy balloon’ being tracked
Amazon stock hit hardest after tech earnings bonanza, despite misses by Apple and Alphabet
How US shot down China’s ‘spy balloon’ with a single missile – and what was likely on it
Harry Styles wins Grammys’ biggest prize – as Beyonce makes history