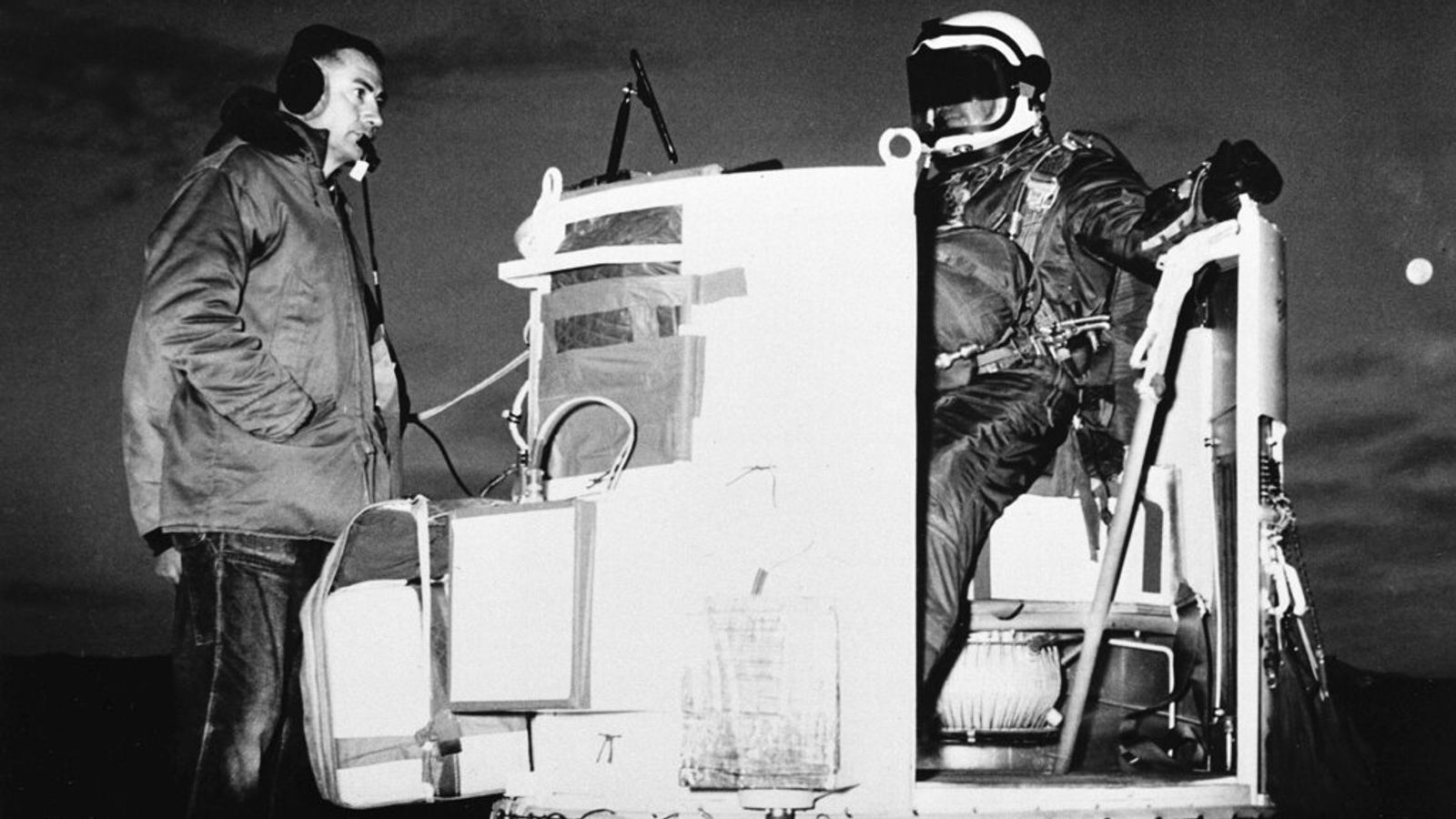 In 1960, Kittinger set a world record that would stand for more than 50 years after jumping from almost 20 miles (32km) above the Earth.

His death, due to lung cancer, was announced by former US rep John Mica and Kittinger’s other friends.

The former air force captain and pilot gained worldwide fame after completing three jumps from a gondola that was hoisted into the stratosphere by large helium balloons.

The jumps, which took place over 10 months, were part of Project Excelsior which was aimed at helping design ejection systems for military pilots flying high-altitude missions.

Kittinger almost died during the project’s first jump in November 1959. Wearing a pressure suit and 60Ibs (27kg) of equipment, his gear malfunctioned after he jumped from 14.5 miles (23km).

After losing consciousness as he went into a spin 22 times the force of gravity, he was saved when his automatic parachute opened.

Four weeks later, during his second jump, 14miles (22km) above the surface, there were no problems.

Speaking in 2011 to Florida Trend magazine, he said: “There’s no way you can visualize the speed. There’s nothing you can see to see how fast you’re going. You have no depth perception.

“If you’re in a car driving down the road and you close your eyes, you have no idea what your speed is. It’s the same thing if you’re free falling from space. There are no signposts. You know you are going very fast, but you don’t feel it. You don’t have a 614mph wind blowing on you.

“I could only hear myself breathing in the helmet.”

Following the jump, Kittinger served three tours of duty during the Vietnam War. In May 1972 he was shot down over north Vietnam where he was then captured and spent 11 months in a prisoner of war camp in Hanoi.

His record stood until 2012, when Felix Baumgartner, an Austrian daredevil, jumped from 24 miles (38.6km) above the New Mexico desert, reaching the supersonic speed of 844mph. Kittinger served as an adviser on the record jump.

Retiring from the air force in 1978, he settled in the Orlando, Florida area, where he became a local icon. He is survived by his wife, Sherri.