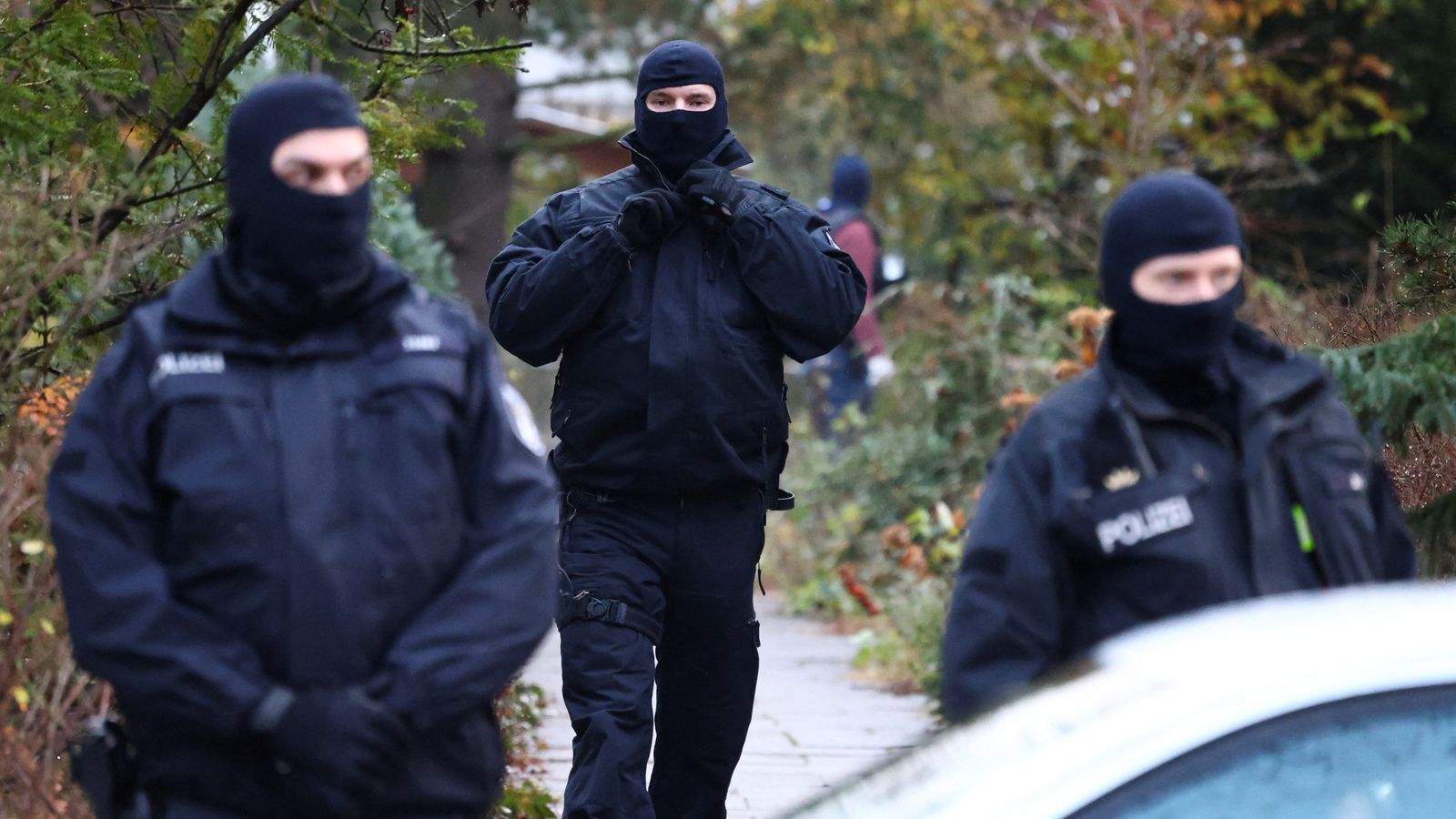 A celebrity chef is among those arrested over an alleged plot by a far-right terrorist group to overthrow the German government, local press has reported.

Frank Heppner, 62, who is the father of Real Madrid star David Alaba’s girlfriend, is understood to have been arrested in the Austrian ski resort Kitzbuhel, where he has a restaurant.

The foiled coup of the Reichsburger movement – also known as the Reich Citizens movement – led to the biggest ever national police operation against right wing extremism.

The raids took place in 11 of the country’s 16 states last week, with 3,000 armed police storming up to 100 properties across Baden-Wuerttemberg, Bavaria, Berlin, Hesse, Lower Saxony, and Thuringia, as well as in Kitzbuhel and the Italian city of Perugia.

The plotters allegedly wanted to install Heinrich XIII Prince Reuss, a 71-year-old businessman, as the head of a new government. He was among those arrested.

Prosecutors said the group planned to install him as Germany’s new leader.

Heppner’s role, should the alleged coup have been successful, would have been to “take over the canteens of the new German Reich” and supply their troops, according to Austria’s Die Presse.

A specialist in Euro-Asian cuisine, Heppner has previously worked in five-star hotels all over the world.

His daughter, Shalimar Heppner, 28, has a son with Real Madrid’s Alaba. Sky News has contacted him for comment.

Twenty-three suspected members and supporters of the group have been arrested according to German authorities.

Prosecutors said 22 German citizens, and one Russian woman were detained during the raids. They said the extradition of two other people detained in Italy and Austria.

The Reichsburger movement brings together several far-right groups whose aim is to get rid of the current government and replace it with their own.

According to the authorities, members of the Reichsburger group have been preparing to “carry out actions based on their ideology” since November 2021.

Following the raids, German interior minister Nancy Faese said the raids showed the country “fighting back against the enemies of democracy”.

The case has put a spotlight once more on the far-right Alternative for Germany party. A female judge – identified by prosecutors as Birgit M-W – who is understood to have links with the party was also detained during the raids.

Known by its German acronym AfD, the party has increasingly come under scrutiny by German security services due to its ties with extremists.

Beyond the ‘balloon watch’ gimmicks this is an extremely serious moment
Simpsons episode where Homer goes on strike shown by Channel 4 on ‘Walkout Wednesday’
Chinese spy balloon heading eastwards as US sec of state Blinken cancels visit
Weekend Project: I added a solar panel to my electric mini-truck to charge from the sun
Google is asking employees to test potential ChatGPT competitors, including a chatbot called ‘Apprentice Bard’