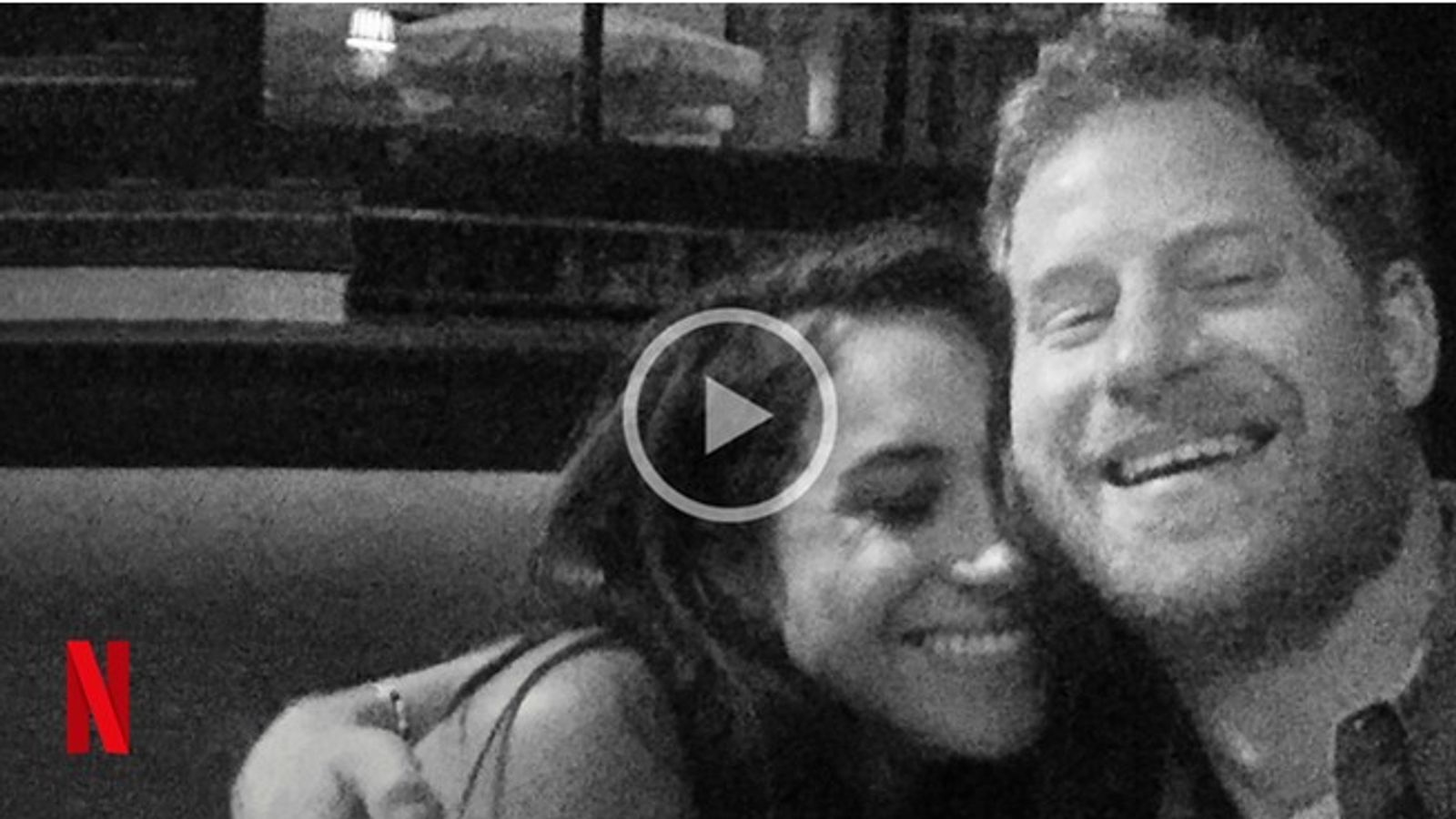 Prince Harry has described the “feeding frenzy” surrounding his relationship with Meghan in the couple’s much-anticipated documentary series, saying: “It is basically the hunter versus the prey”.

The first three episodes of the couple’s Netflix series Harry & Meghan were released on Thursday morning, with the Royal Family no doubt preparing for potential bombshell revelations as their tell-all take on royal life streams across the world.

Opening the series is a written statement, describing it as a “first hand account of Harry & Meghan’s story told with never before seen personal archive”.

In the second episode, the Duke of Sussex talks about paparazzi interest in their relationship and social media harassment, and refers to his mother, Diana.

“To see another woman in my life, that I love, go through this feeding frenzy, that’s hard,” he says. “It is basically the hunter versus the prey.”

Dating Meghan “became a combination of car chases, anti-surveillance driving and disguises, which isn’t a particularly healthy way to start a relationship but we always came at it with as much humour as possible”, he says. “Whenever we saw each other we would give each other a massive hug and try and have as much of a normal life as possible.”

Meghan also describes how paparazzi following her and how she received a death threat while she was in Toronto.

“I would say to the police, if any other woman in Toronto said to you I have six grown men who are sleeping in their cars around my house who follow me everywhere that I go and I feel scared, wouldn’t you say that it was stalking?

“And they said yes, but there’s really nothing we can do because of who you’re dating.

“I was like, so I’m just supposed to live like this? And then I got a death threat and things changed because I needed to have security.”

Earlier on in the series, in the first episode, Harry speaks of his concerns for his family.

“It’s the nature of being born into [the Royal Family],” he says. “The level of hate that has been stirred up in the last three years, especially at my wife, and my son, I’m genuinely concerned for the safety of my family.”

As well as the heavier topics, the series also delves into how the couple met, and how Meghan, an actress at the time, shared the news with her family.

Her mother Doria Ragland recalls the moment she found out her daughter was dating royalty.

“She told me, ‘Mummy I’m going out with Prince Harry’, and I started whispering, ‘Oh my God’. She says, ‘you can’t tell anyone’, so from the beginning it was very sort of, ‘Oh my God, nobody can know’.”