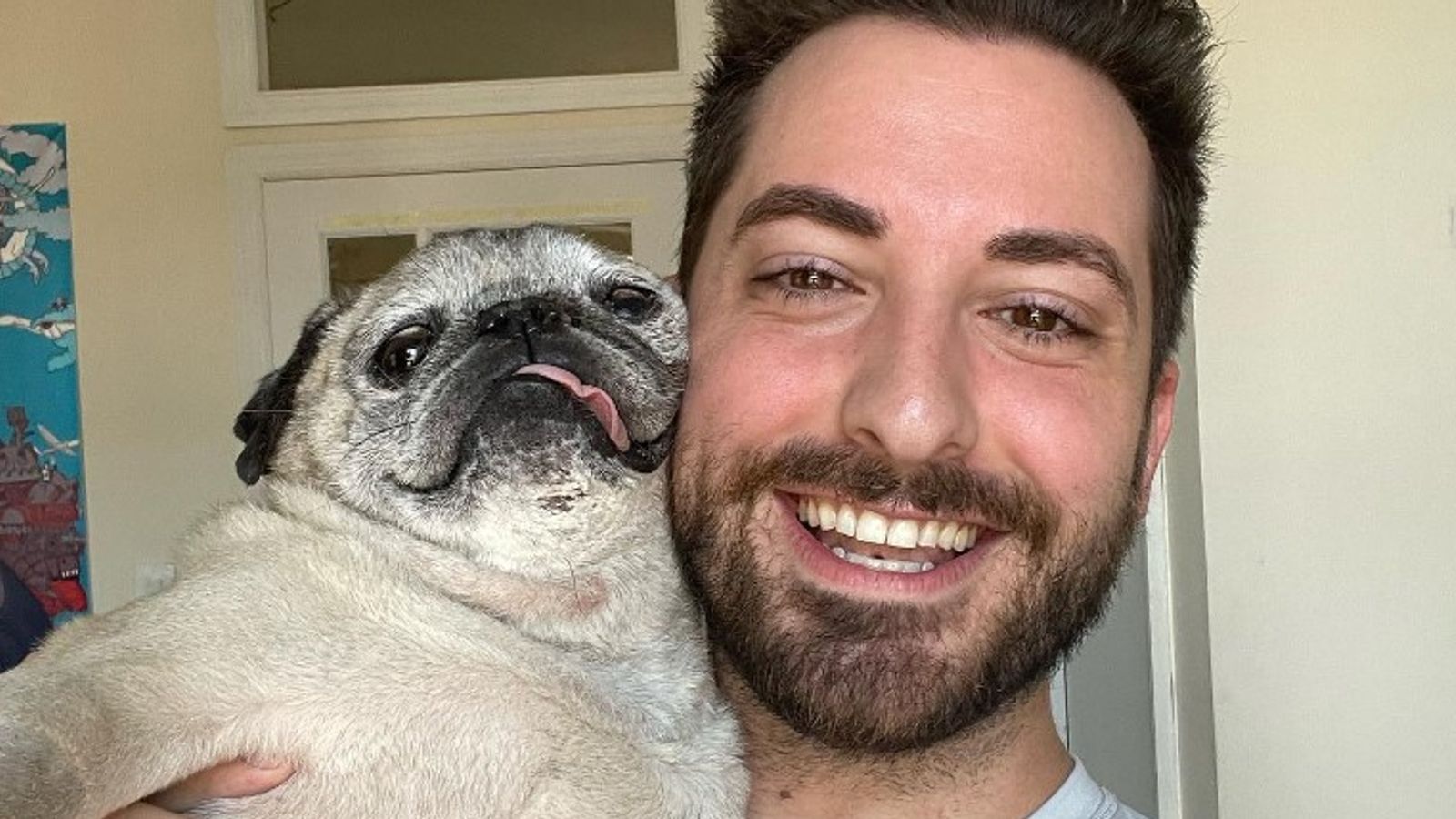 More than two million fans of a TikTok-famous pug have marked the death of the social media star and flooded the owner’s page with messages of condolence.

Noodle the pug rose to fame on the platform with “no bones”, a game his owner Jonathan Graziano played nearly every morning which recorded whether Noodle would stand up, or simply flop back over onto his dog bed.

When Noodle flopped, Graziano declared it a “no bones” day – and advised his viewers not to take any risks. But when Noodle stood – what became known as a “bones” day – it became cause for celebration.

But the 14-year-old’s tearful owner took to TikTok on Saturday to announce he had died.

A red-eyed, choked Graziano said: “I’m so sorry to have to tell you this, but Noodle passed yesterday.

“He was at home. He was in my arms and this is incredibly sad, it’s incredibly difficult. It’s a day I always knew was coming, but never thought would arrive.”

Graziano’s “no bones” videos racked up millions of views, and his account grew to 4.5 million followers.

Fans on Twitter are wishing Noodle farewell too, with the hashtag “BonesDay”, and commenting on Graziano’s video, extending their condolences.

Doug the Pug wrote: “RIP Noodle The Pug. A great friend and a pug who spread joy to millions. May it forever be a ‘bones’ day.”

“Noodle impacted so many people – he made their days and weeks better. He was amazing,” one fan commented on Graziano’s TikTok, which was liked more than 2.4 million times.

Earlier this year, a children’s book starring Noodle was published.

Graziano concluded in his tribute post: “I wanted to encourage you to celebrate him while we’re navigating this sadness.

“He made millions of people happy – what a run! Thank you for loving him.”