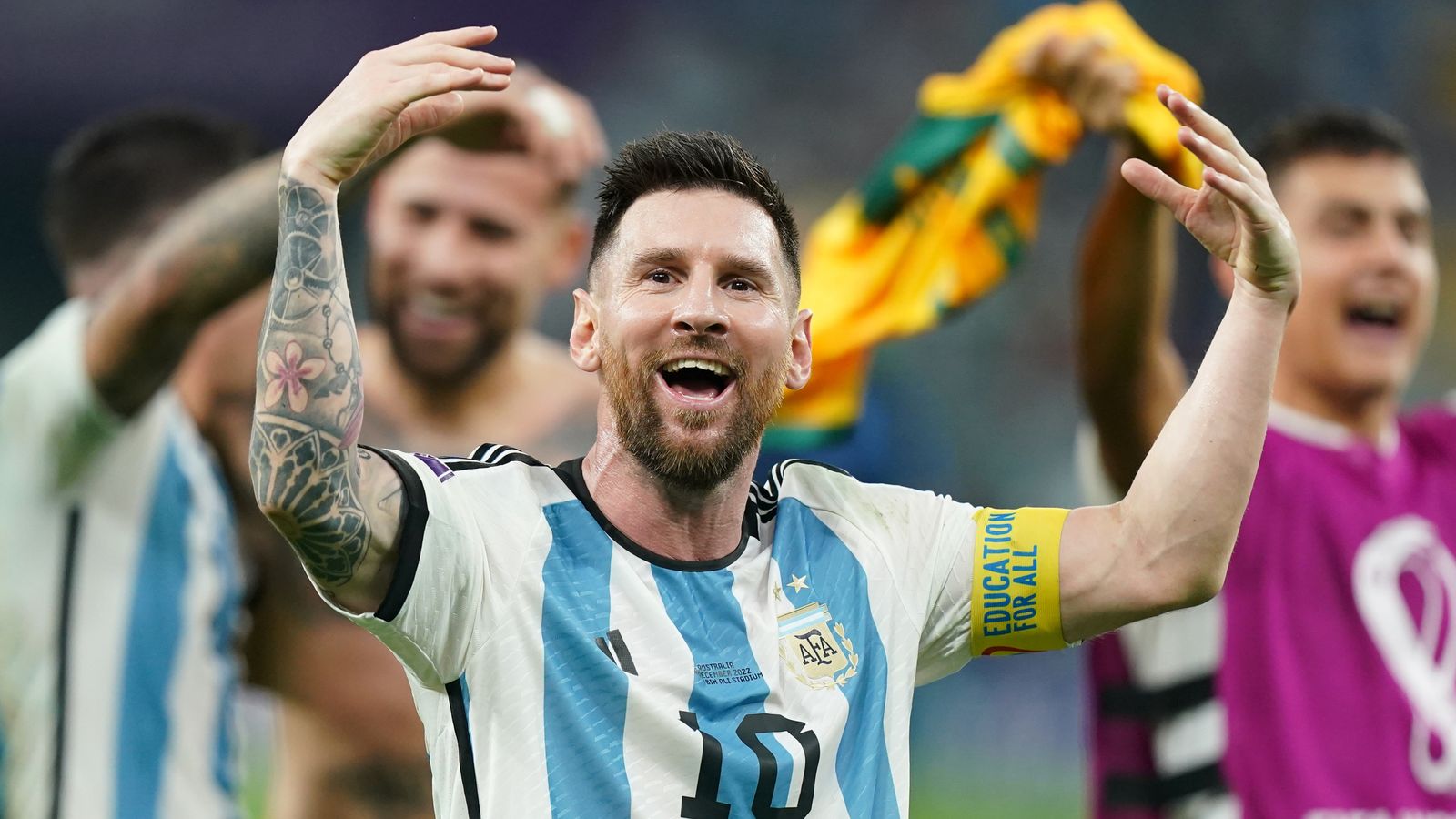 Lionel Messi marked his 1,000th senior game with a goal to help see Argentina through to the World Cup quarter-finals by beating Australia.

The footballing legend broke the deadlock towards the end of the first-half with a sweet finish after combining smartly with former Manchester City star Nicolas Otamendi on the edge of the penalty area.

It was Messi’s 789th career goal, his 94th in 169 first team appearances for his country during his illustrious career, and yet his first in the World Cup knockout stages.

Australia threatened a fightback at the Ahmad Bin Ali Stadium after Craig Goodwin’s deflected shot halved the deficit, but a superb last-ditch tackle from Manchester United’s Lisandro Martinez denied Aziz Behich what would have been an equaliser in the 80th minute.

Argentina are heading into the last eight having recovered from a shock 2-1 defeat to Saudi Arabia in their opening match of the tournament to finish top of Group C.

They will face the Netherlands on Friday, after the Dutch team beat the USA 3-1 earlier.

The Oranje extended their unbeaten streak to 19 games after lapses in the US defence gave the Dutch a treat as Memphis Depay scored in the 10th minute and Daley Blind in first-half stoppage time.

US hope was revived when Christian Pulisic’s cross hit the trailing foot of second-half substitute Haji Wright and popped over goalkeeper Andries Noppert and into the net.

But Denzel Dumfries later scored on a volley after assisting on the first two goals.

Read more: Which team is predicted to win the World Cup?

Today, France face off against Poland at 3pm, while England will play Senegal at 7pm.

Sunak fails to place full confidence in Nadhim Zahawi over tax investigation
Smith drubs rival Eubank in 4th-round stoppage
Blow to Putin as both Germany and US confirm they will send tanks to Ukraine
‘Too many unanswered questions’: First Tory MP publicly calls for Zahawi to go
Nadhim Zahawi settled tax issue with HMRC while he was chancellor, Sky News told