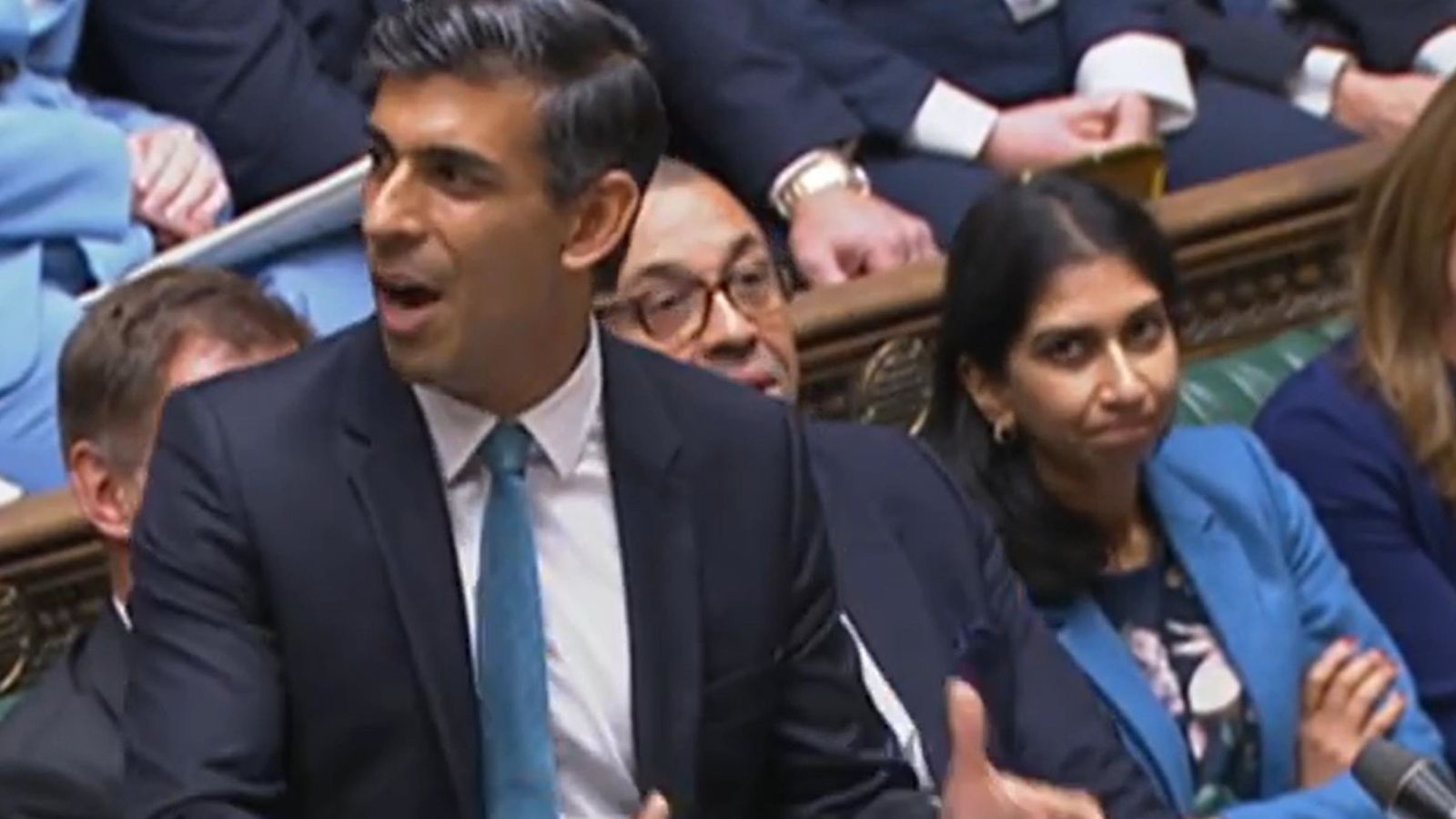 As new PM Rishi Sunak begins his first full week in office, pressure is already mounting on him over his Home Secretary’s handling of the growing migrant issue – and over his own snub of the upcoming climate summit.

It emerged on Monday that more than 110 refugee charities have signed an open, and pointed, letter to Home Secretary Suella Braverman, calling for a “kind and effective system” for those seeking asylum in the UK.

Almost 1,000 migrants arrived in Dover on Saturday, and just a day later, a man hurled three homemade bombs from his car window at the Border Force centre where they were being processed.

The suspect then took his own life following the incident, Reuters news agency said.

At a fringe event during the Conservative Party conference earlier this month, Ms Braverman had said her “dream” and “obsession” would be seeing a plane taking off to Rwanda with migrants.

She has also said the only way for refugees to get into the UK is through a “safe and legal route”.

The letter read: “Home Secretary, when you talk of ‘safe and legal routes’, you must be aware that it is impossible to ask refugees to come exclusively through such a path when even Afghan interpreters who are eligible for one of our few existing schemes remain in hiding from the Taliban.

“When you talk of ‘illegal migrants’, you must be aware that the top nationalities of people making dangerous journeys include Afghanistan, Eritrea and Syria, and that at least 97% of asylum claims made by people from these countries are successful.”

Sonya Sceats, chief executive of Freedom from Torture, said: “Every day in our therapy rooms, torture survivors tell us about the hardship that 12 years of anti-refugee policies have caused them.

Six days after she was forced out for sending a sensitive document to a Tory backbencher and parliamentary staffer from a personal account without permission, wider questions about Ms Braverman’s return to the Home Office, continue to dog the Prime Minister.

The government is also facing demands for a probe into another security issue, amid reports former PM Liz Truss’s phone was hacked by Russian agents.

Meanwhile, there is growing disquiet with Mr Sunak, from within his own party, about his decision not to attend the United Nations climate conference in Egypt next week.

Mr Sunak’s earlier insistence he must focus on the “depressing domestic challenges” rather than go to the summit sparked a backlash in the Tory ranks.

The government’s climate tsar Alok Sharma said he was “disappointed” by the move, while Tory former chancellor George Osborne asked why Mr Sunak would “trash” the party’s record on the environment.

Michael Gove, the levelling up secretary, urged people to judge the government “by our actions” on the environment rather than COP27 attendance.

But then reports appeared in Monday’s papers the PM might, in fact, be U-turning on the decision and go to the conference after all.

Of the migrant issue, a Home Office spokesperson said the UK had a “proud history” of providing protection “for those who genuinely need it”.

They added: “The public rightly expects us to control immigration, at a time when the number of people arriving in the UK via small boats has reached record levels, placing pressure on the asylum system and stretching our capacity to support those in need.

“We are using every tool at our disposal to deter illegal migration, disrupt the business model of people smugglers and relocate to Rwanda, those with no right to be in the UK.”