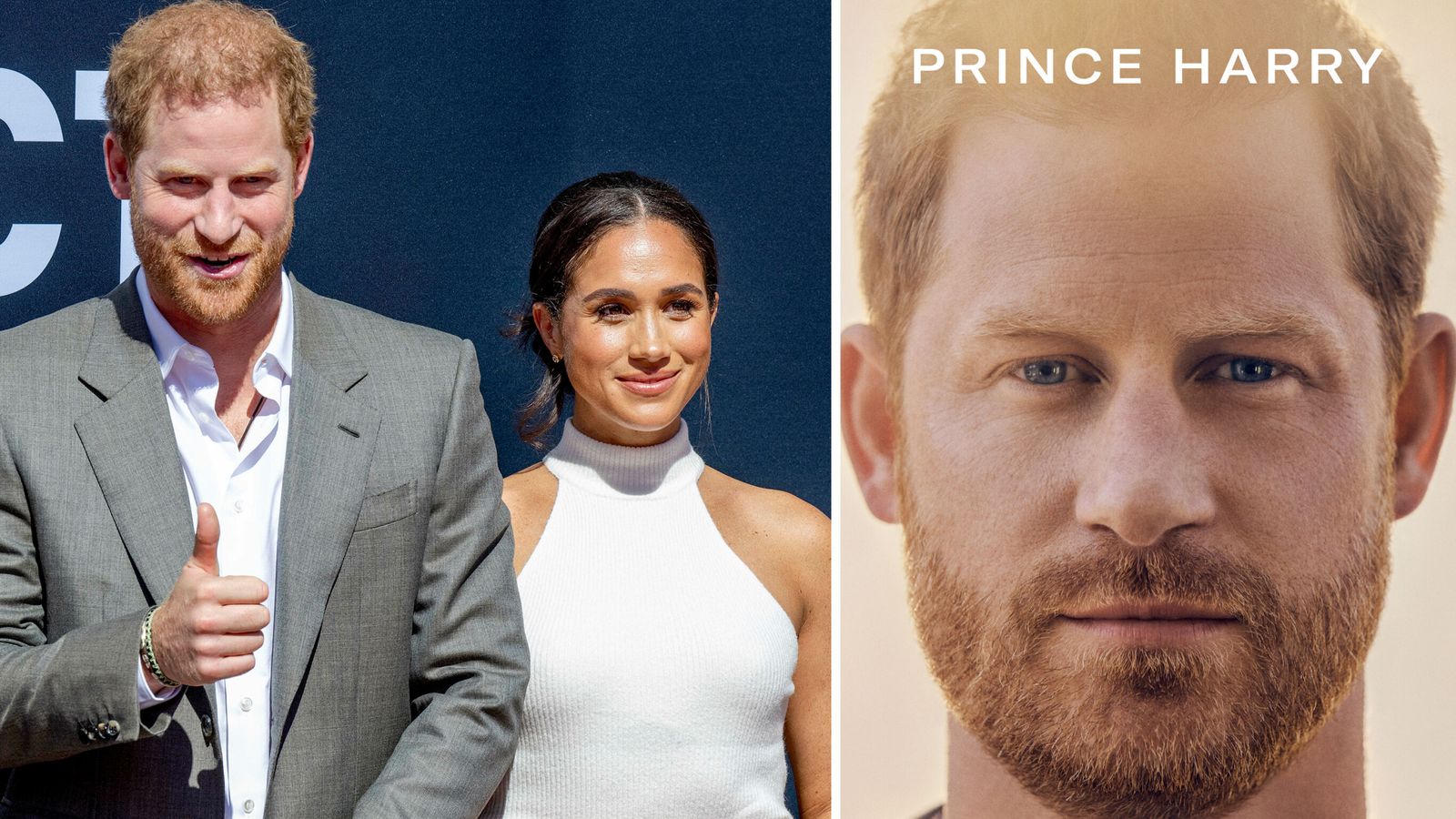 The details and provocative title of Prince Harry’s memoir – with its ‘raw unflinching honesty’ – have been revealed.

Entitled SPARE, the Duke of Sussex’s story is expected to be released on 10 January.

SPARE appears to be a reference to the phrase ‘heir and a spare’ – suggesting his attitude to his place in the Royal Family.

Details of Princess Diana’s funeral are mentioned in the book, and the publishers say: “SPARE takes readers immediately back to one of the most searing images of the twentieth century: two young boys, two princes, walking behind their mother’s coffin as the world watched in sorrow-and horror.

“As Diana, Princess of Wales, was laid to rest, billions wondered what the princes must be thinking and feeling and how their lives would play out from that point on.”

Billed as “his story at last”, the book also delves into Prince Harry’s “personal journey from trauma to healing”.

“With its raw, unflinching honesty, SPARE is a landmark publication full of insight, revelation, self-examination, and hard-won wisdom about the eternal power of love over grief,” a description of the book reads.

Prince Harry is hoping to support charities, including Sentebale and WellChild, with donations from the proceeds of his book sales.

“He shares a remarkably moving personal journey from trauma to healing, one that speaks to the power of love and will inspire and encourage millions of people around the world.”

The fact Prince Harry has even decided to do the book was controversial enough, the announcement that he’s agreed to call it SPARE feels like blatant confirmation he hasn’t held back.

Before we’ve even seen a word it feels like another provocative stab at the royal family, a reminder that he felt like he didn’t fit in, that he was an “other”, the one who didn’t matter as much because, unlike his brother Prince William, he wasn’t the heir.

The press release from the publishers again hints at that theme we’ve heard from both Harry and Meghan before, that they felt censored when they were part of the royal firm.

Now they’re unleashed, and the book looks likely to be another big step for them in setting the record straight and sharing their love story.

The publication date is interesting. We thought the publishers would want to capitalise on the Christmas market, instead we have to wait until January.

Maybe a hint that changes have been made since the Queen’s death?Read the full analysis here

Read more:
Prince Harry’s ability to step in for the King challenged
What is the line of succession after the Queen’s death?

The memoir will be available in English in the UK, Ireland, Australia, New Zealand, India, South Africa and Canada, and it will also be published in 15 other languages, including Spanish, Italian, German and Chinese.

Buckingham Palace has declined to comment on the book’s details.

Trump urged to apologise for dining with Kanye West – and Holocaust-denying white nationalist
What’s being done about ‘murder-for-hire’ sites on the dark web, and how dangerous are they?
Musk would back Trump rival in 2024 election – with former president under fire for dining with white supremacist
Tesla now detects Autopilot cheating devices
PM faces first test at ballot box as Chester voters prepare to have their say