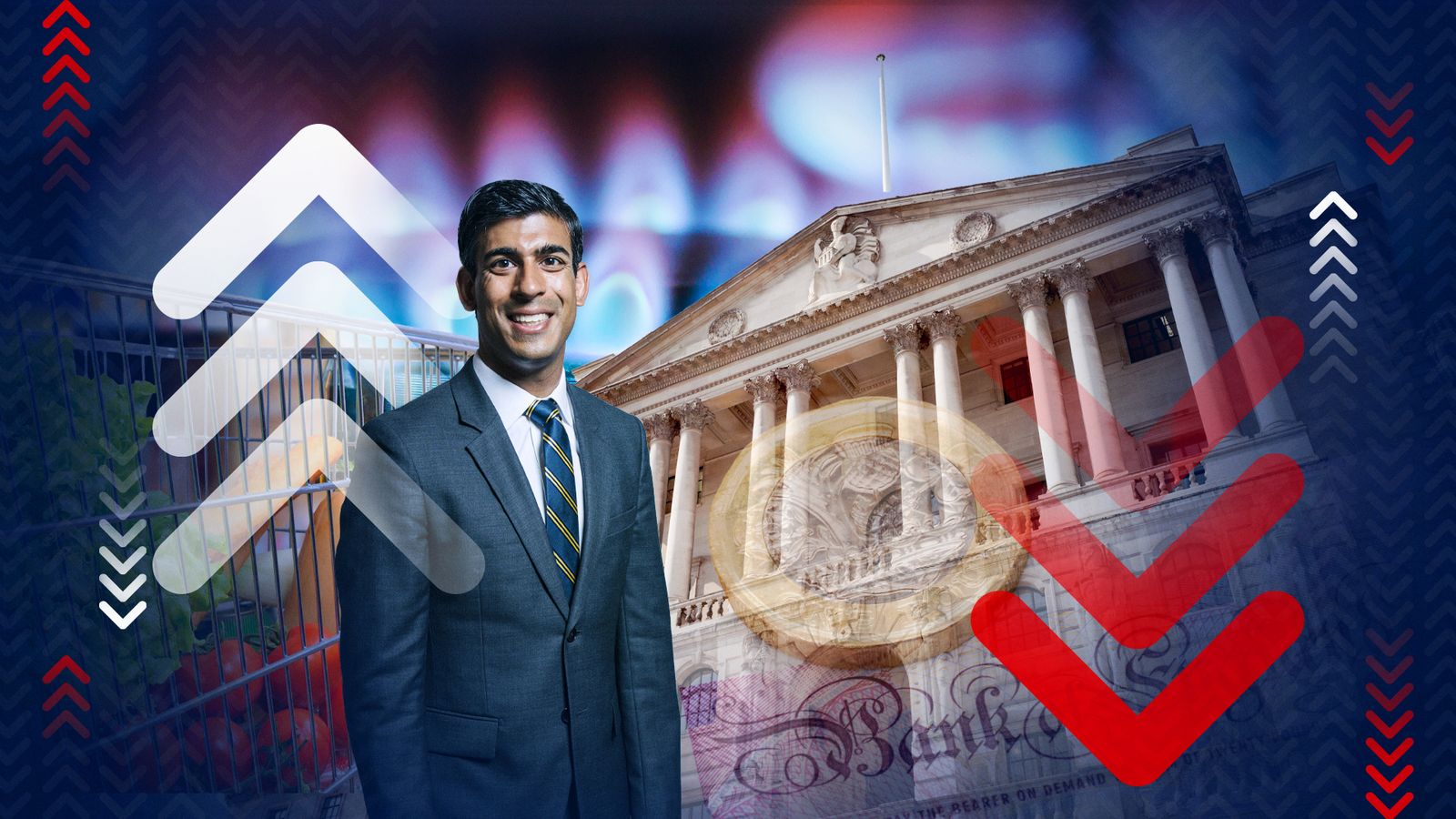 The financial markets appear to have welcomed news that Rishi Sunak will be the UK’s next prime minister.

The pound was up 0.15% against the US dollar just moments after Sir Graham Brady, chairman of the 1922 committee, said that only one valid nomination had been received for the top job.

On Friday afternoon, the pound had been hovering around $1.11, as Boris Johnson appeared to be planning a political comeback in a challenge to Mr Sunak.

When trading opened in government bonds earlier on Monday, they quickly rallied, as it became clear that Mr Sunak was likely to be unopposed, with the implied interest rate on these bonds dropping sharply.

Also on Monday, it was reported that a future rise in interest rates will be lower than previously forecast, with markets now expecting the Bank of England to set rates at slightly less than 5%, lower than the 6% expected in the weeks following Liz Truss’s mini-budget.

The markets will see Mr Sunak, who previously worked in finance and was chancellor under Mr Johnson, as a safer and more cautious pair of hands than his predecessor Ms Truss.

Mr Sunak had warned during the last leadership campaign that Ms Truss’s tax-cutting plans were reckless and would cause economic problems – and he was proved correct: the pound plunged, mortgage rates climbed, and the Bank of England eventually had to intervene to prevent a collapse in the pensions industry.

Read more:
Ed Conway: Don’t expect Britain’s first hedge fund premiership to be smooth or enjoyable
Rishi Sunak vs Keir Starmer: How do they measure up in the eyes of voters?

Susannah Streeter, senior investment and markets analyst at Hargreaves Lansdown, said: ”Gone are the days when Rishi Sunak was prepared to open the government coffers up to see the UK through a crisis.

“The pandemic spending spree is well and truly over and the former chancellor will take the top job in the guise of a strict and austere headteacher.

“He will be determined not to see the bond market run amok again, threatening the country’s financial stability.

“He will be revelling in the fact that his curriculum of higher taxes and curtailed spending, which he preached on the campaign trail, is already being followed.

“However, it’s likely he will take an even harder line now on government budgets, given the punishment threatened to be handed out again comes in the form of much higher government borrowing costs.

“He will also want to show he is co-operating with the Bank of England by being ultra conservative fiscally in a bid to tame high inflation.”

Tesla Semi completes first 500-mile trip with a full load
‘Momentous and historic’: New Alzheimer’s drug slows memory decline
South Africa’s economy at a pivotal point as outlook improves but political, energy risks remain
What’s being done about ‘murder-for-hire’ sites on the dark web, and how dangerous are they?
Army standing by to fill roles during NHS strike – as more workers walk off their jobs