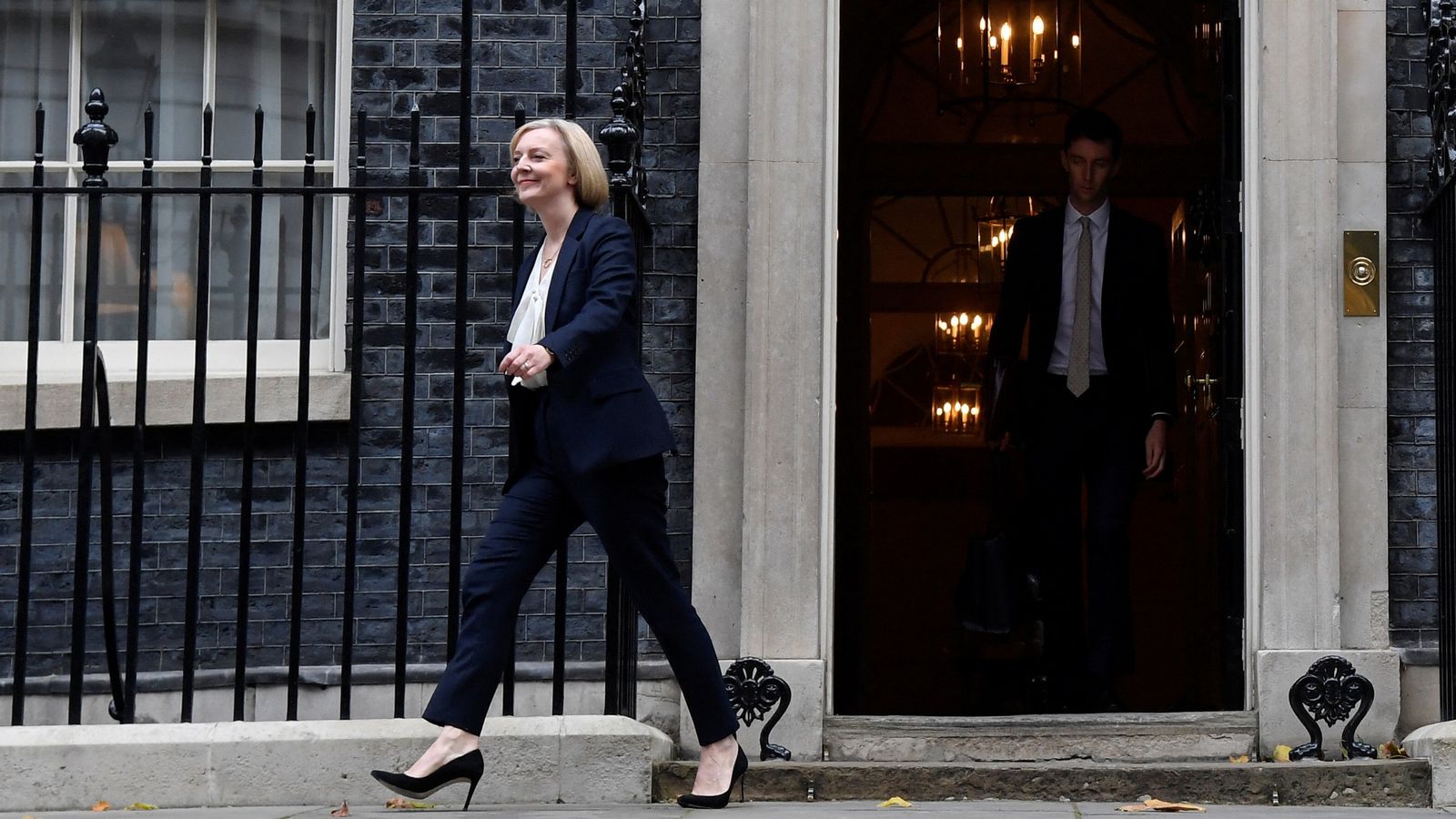 Today, the UK will get its third prime minister this year.

We’ll have continuous coverage of the day’s events on Sky News.

Here are the key timings this morning as Rishi Sunak replaces Liz Truss in Number 10.

At the start of the day, Ms Truss will hold her last cabinet meeting at 9am.

She is then expected to deliver a farewell speech at 10.15am as her time as the shortest-serving leader in British history draws to a close.

Ms Truss will then travel to Buckingham Palace for her final audience with King Charles.

It will then be Mr Sunak’s turn to go to the palace, and the monarch will invite him to form the next government.

After officially being appointed as prime minister, the new Conservative Party leader is expected to then travel back to Downing Street.

He will then make a public address on the steps of Number 10 at about 11.35am.

Mr Sunak won the leadership race yesterday after Penny Mordaunt bowed out at the eleventh hour – having failed to get the 100 nominations from Tory MPs required by the 2pm deadline.

Sources in the Mordaunt camp said she got 90 nominations, though the number of those who publicly announced their backing of her fell far short of this.

“We all owe it to the country to each other and to Rishi to unite and work together for the good of the nation. There is much work to be done,” Ms Mordaunt said in a tweet. 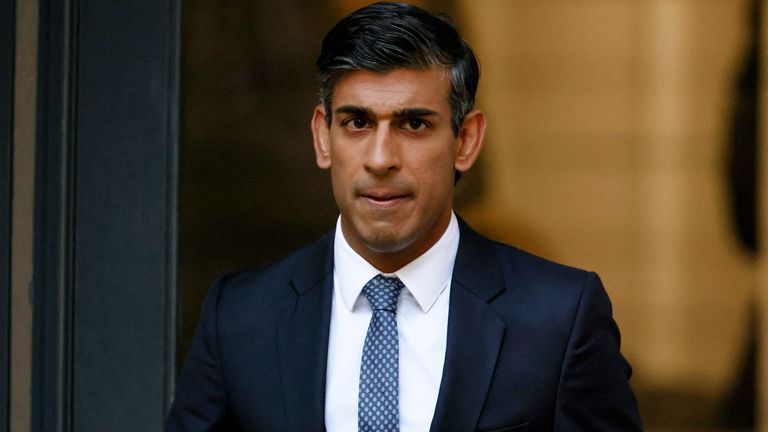 The challenges faced by Sunak as PM

Read more:
Who is Rishi Sunak? The UK’s first British Asian prime minister
Who could be in Rishi Sunak’s cabinet?
Sunak v Starmer – How do they measure up in the eyes of voters?

Mr Sunak is the UK’s first Hindu prime minister, the first of Asian heritage, and the youngest for more than 200 years at the age of 42.

The title of youngest ever prime minister belongs to William Pitt the Younger, who was just 24 when he took office in 1783. Tony Blair was 43. 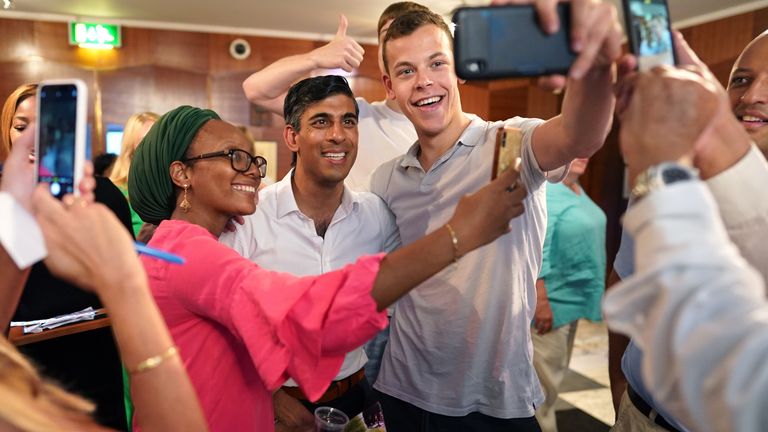 In his first comments after winning the contest, Mr Sunak said he was “humbled and honoured” that Tory MPs had chosen him to lead the party and the nation – describing it as the “greatest privilege in my life”.

“The United Kingdom is a great country, but there is no doubt we face a profound economic challenge,” he said.

“We now need stability and unity, and I will make it my utmost priority to bring our party and our country together.”

Eight killed in landslide on Italian holiday island
‘Communist Party, step down!’: Rare protests in China as anger grows over COVID lockdowns and fatal fire
Details of divorce settlement between Kim Kardashian and Ye emerge
Emma Corrin: ‘Questions about class, sex and pleasure are still relevant today’
‘We have it in writing from FIFA’: Rainbow hats and flags allowed at Wales’ World Cup game against Iran