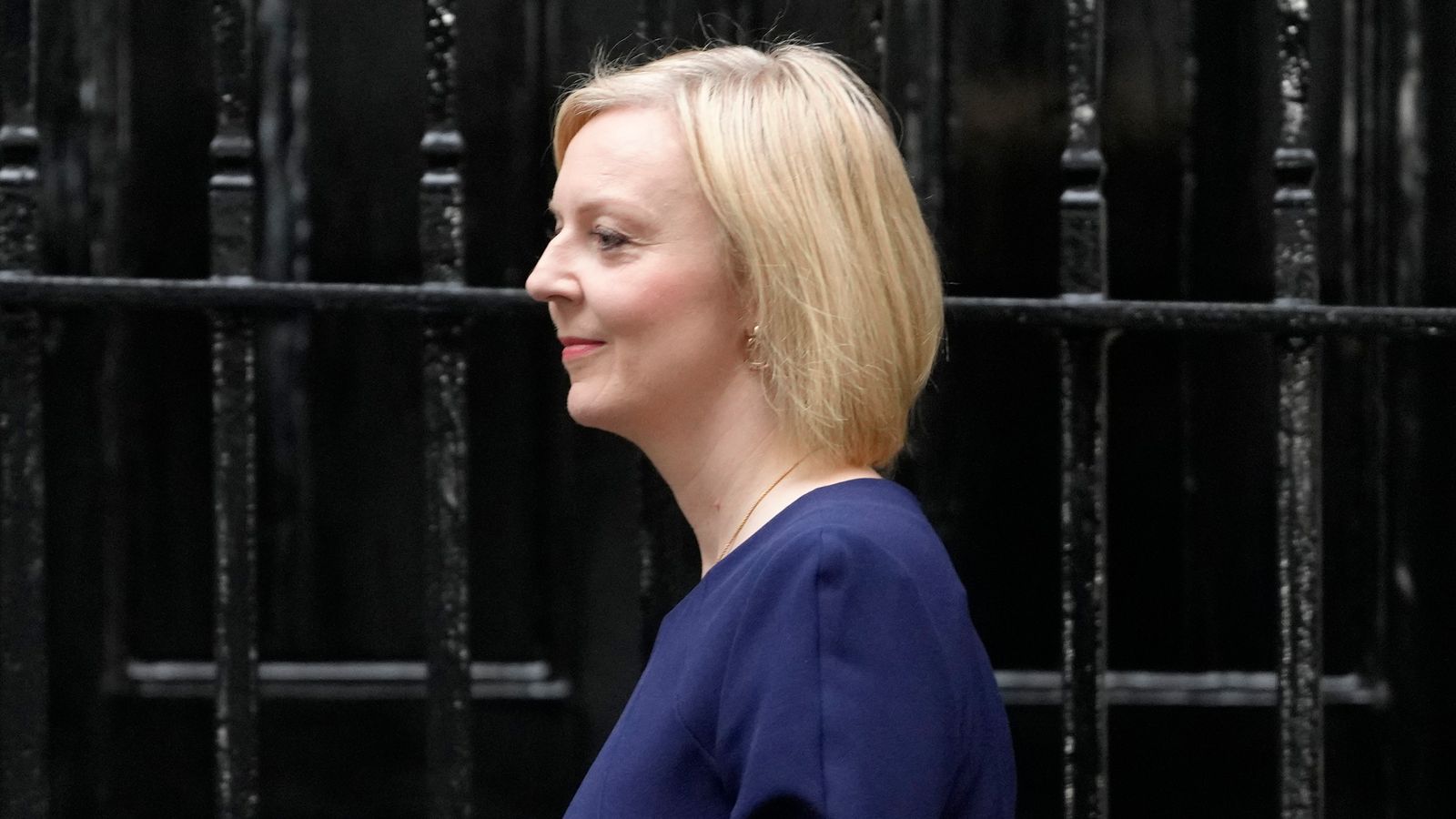 You have to go back to Tony Blair’s honeymoon period after his 1997 landslide general election victory to find a Labour opinion poll lead as massive as 33 points.

All those critics of Sir Keir Starmer – mostly on the Corbynista left-wing of the party, who’ve claimed with the Tories in turmoil, Labour should be 20 points ahead – have their answer now.

Even after a successful Labour conference, the results of YouGov’s poll for The Times are stunning. “You’re joking! That’s an annihilation!” one senior Tory MP told Sky News.

Potentially, yes. One estimate suggested, on that showing in a general election, the Conservatives would be left with just 61 seats in the Commons. That’s fantasy, however. It’s a very, very crude calculation. So dream on, Labour MPs!

Let’s not get ahead of ourselves. Opinion polls are a snapshot and this is just one poll and the next general election could be more than two years away.

But YouGov’s findings are damning for Liz Truss and Kwasi Kwarteng. They will also bring smug smiles to supporters of Rishi Sunak, who will no doubt say privately: “Told you so.”

The Times reports support for the Tories has fallen by seven points, from 28% to 21%, amid fears the government’s plans will lead to spiralling interest rates.

And it appears it’s largely those “Red Wall” voters who handed victory to Boris Johnson in the 2019 general election who are deserting his successor, Liz Truss now.

A mini-budget, not a Budget

Some 17% of those who backed Mr Johnson in 2019 said they would vote Labour now and only 37% of 2019 Tory voters said they were planning to stick with the party, suggesting a Tory wipeout if an election were held now.

But it won’t be held now. And the veteran Conservative MP Sir Roger Gale correctly pointed out on Sky News that even if Mr Kwarteng’s “Growth Plan” was voted down in the Commons in a major backbench mutiny, the Truss government would not automatically fall.

That’s because, wisely, Mr Kwarteng insisted that despite his tax cuts, his statement last Friday was not a Budget. So the constitutional convention that a defeat on a Budget means a government falls, does not apply.

In a big boost for the Labour leader, allies of Sir Keir will be delighted almost three times as many voters said he would make a better PM than Ms Truss. Her support has fallen 10 points in four days.

The poll, based on a survey of 1,712 voters on 28 and 29 September, was published shortly after Mr Kwarteng issued a desperate plea to Tory MPs to back him.

“I understand your concern,” he said in a letter to his backbenchers, coming after he failed to reassure many of them in a phone call earlier this week. “We are one team and need to remain focused.”

He concluded: “We need your support to do this, as the only people who win if we divide is the Labour Party.”

Well, Labour is winning at the moment. And this devastating opinion poll will trigger more demands from apoplectic Conservative MPs for a U-turn in policy.

‘This lady’s not for turning’

But for the time being at least, Ms Truss and Mr Kwarteng remain defiant. Margaret Thatcher famously said in her 1981 Tory conference speech: “U-turn if you want to. The lady’s not for turning.”

This lady Prime Minister is not for turning, either, yet.

But there may come a point – if the money markets continue to plunge and interest rates soar, placing thousands of families at risk of losing their home – where a U-turn may be the only way out of the crisis for the PM.

In one of her regional TV interviews, Ms Truss was challenged by an interviewer who claimed she seemed to be saying: “Crisis, what crisis?”

She replied: “I’m not saying that at all.

“I think we’re in a very serious situation.”

That’s as close as she’s likely to come to admitting she is facing a crisis. While polls are indeed just a snapshot, there’s a trend now, with Labour’s poll lead growing to alarming levels for the Conservatives.

Political parties usually get a boost in the polls from the publicity their conference brings, as Labour has spectacularly this week.

Anything less than even a modest poll recovery for the Tories after their Birmingham conference next week will plunge the morale of Conservative backbenchers to potentially perilous levels for the PM and her chancellor.