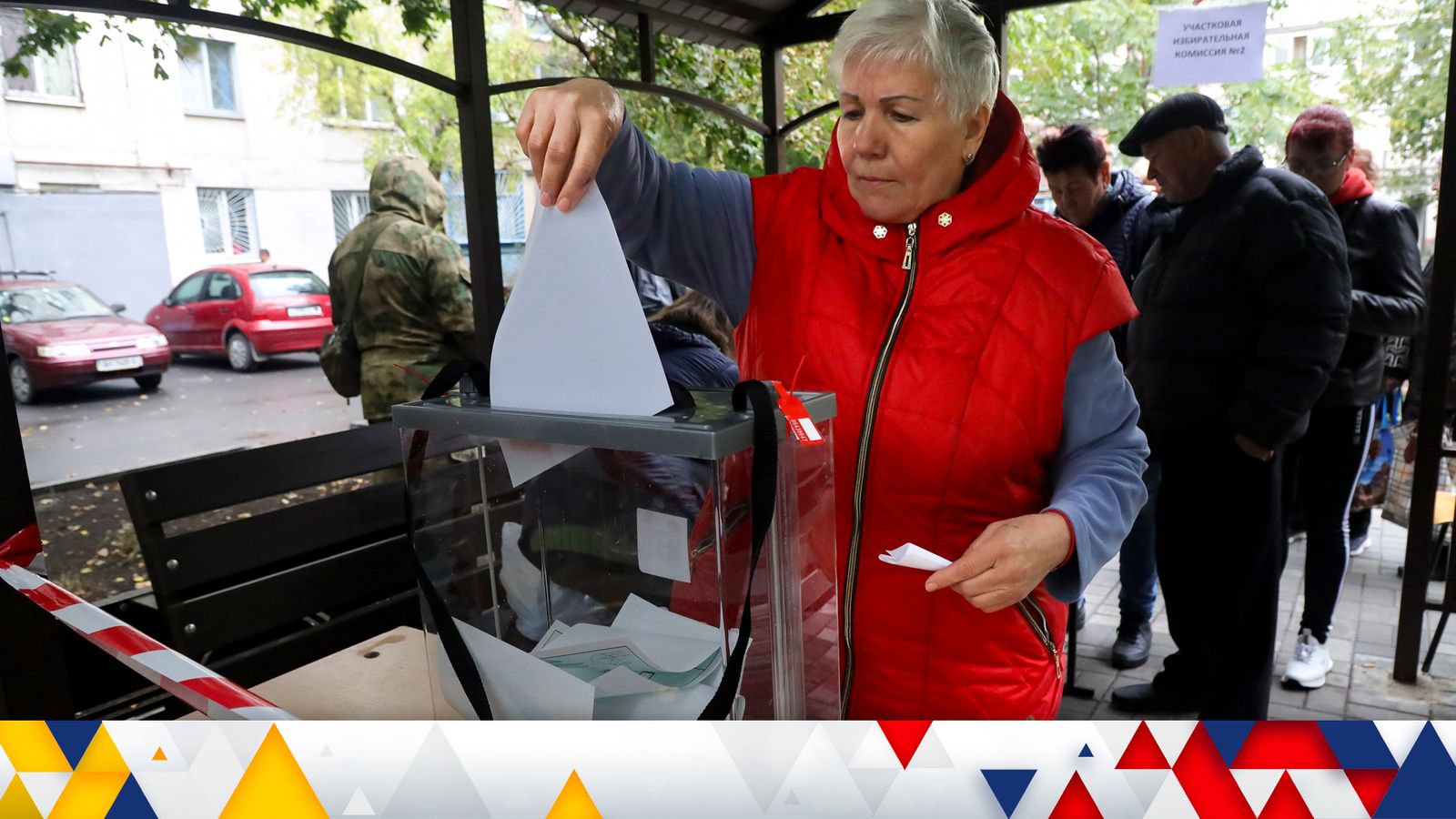 Four occupied areas of Ukraine will become part of Russia on Friday, the Kremlin has said.

It comes after the holding of so-called referendums, which the West dismissed as an illegal sham.

President Putin will attend a ceremony in the Kremlin tomorrow at which documents will be signed and they will be incorporated into Russia.

Pro-Kremlin officials said on Wednesday that the self-declared republics of Luhansk and Donetsk and the Kherson and Zaporizhzhia regions had all voted to join Russia.

The regions amount to about 15% of Ukrainian territory.

The voting in the south and east of the country began on 23 September, often with armed officials going door to door collecting ballots.

It was virtually certain such results would be returned.

President Putin will give a speech after Friday’s ceremony and meet Moscow-appointed administrators of the regions, the Kremlin said.

A concert in Red Square is also planned in celebration on Friday evening.

Russia is now expected to claim that efforts by Ukrainian forces to recapture these areas are an attack on the motherland.

President Putin has warned he would be prepared to use nuclear weapons if Russia’s territory is threatened.

Mr Peskov said the legal situation would “radically change” after the voting, “with all the corresponding consequences for protection of those areas and ensuring their security”.

Russia’s organising of ‘referendums’ is the same tactic it used to claim Ukraine’s Crimea region in 2014. 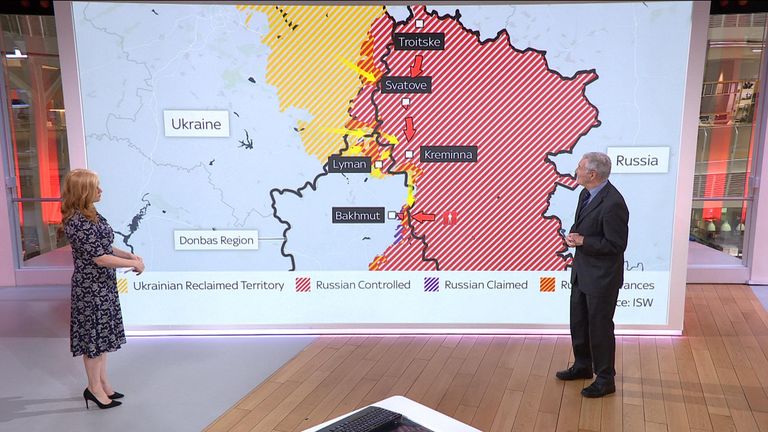 Mr Cleverly said in parts of occupied Ukraine, civilians are subject to torture, arbitrary detention and forced deportation to Russia.

The voting is believed to have been mainly prompted by Ukrainian counterattacks that have recently won back large amounts of occupied territory.

While much of Luhansk is under Russian control, about 40% of Donetsk is not.

Large parts of Kherson and Zaporizhzhia are also under Ukrainian control. Fighting continues along the frontlines in all the regions.