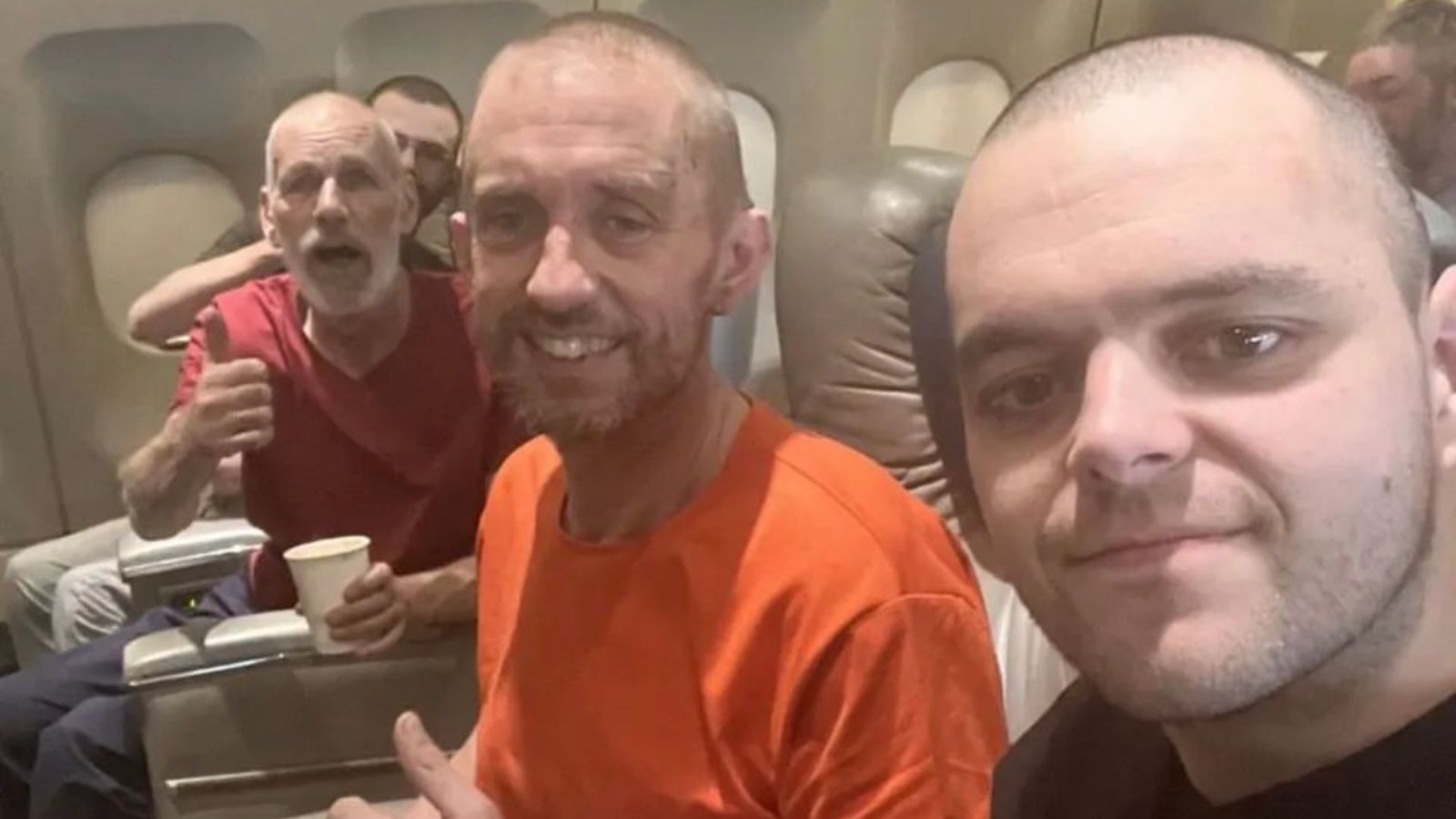 Two of five Britons released after being detained by Russian-backed separatists in eastern Ukraine have told supporters they got out of the “danger zone….by the skin of our teeth”.

In a personal message recorded on their flight home, Aiden Aslin and Shaun Pinner thanked all those who had worked to free them.

“We’re now out of the danger zone and on our way home to our families,” said Mr Aslin. “By the skin of our teeth,” smiled Mr Pinner.

Mr Aslin continued: “We just want everyone to know the good news. Thanks to everyone who has been supportive. It’s really appreciated.”

In April, both men were captured by Russian forces who accused them of being a mercenaries. They were brought before a court in the self-proclaimed Donetsk People’s Republic, a breakaway region in eastern Ukraine, and threatened with death by firing squad.

News of their freedom was tweeted by the prime minister: “Hugely welcome news that five British nationals held by Russian-backed proxies in eastern Ukraine are being safely returned, ending months of uncertainty and suffering for them and their families.”

She thanked Ukrainian President Volodymyr Zelenskyy and Saudi Arabia for their assistance.

“Russia must end the ruthless exploitation of prisoners of war and civilian detainees for political ends,” she added.

John Harding has been identified as the third of those released. The two remaining Britons are yet to be confirmed by the government. 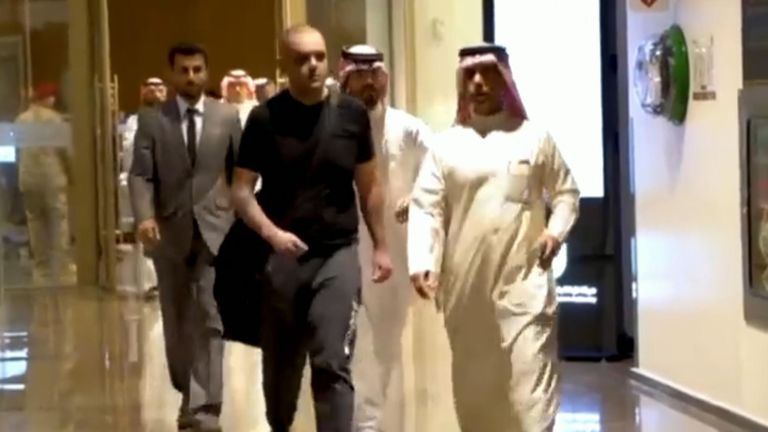 While Debbie said her initial reaction was one of excitement, she added: “I felt pretty shakey.”

“As they are united as a family once more, they can finally be at peace.”

He later told Sky News it had been an “absolutely harrowing experience” for Mr Aslin.

“First he was captured, then he was put on trial in a Soviet era-type sham trial and sentenced to death by firing squad. Then he was mistreated and physically abused by his captors and used for propaganda purposes by Russia and its puppets.”

He added: “It’s been a really sorry episode that speaks to his (President Vladimir Putin‘s) disregard for international law and human life. These were legitimate prisoners of war who should have been treated with respect.”

Read more:
Family members of Britons facing death penalty in Donetsk spoke of their devastation at their capture

The Foreign Office had been working for months to support those detained, but it is believed Crown Prince of Saudi Arabia Mohammed bin Salman was also involved in helping with their release.

Mr Jenrick said he believed the Crown Prince had been asked because not only was Saudi Arabia “an ally and partner of the UK” but also because it is a country, through its role in OPEC (the group of oil-producing nations), that has an ongoing relationship with Russia.

Mr Jenrick told Sky News he did not know if any money had changed hands between Russia and Ukraine.

“I don’t know the full details… these negotiations are very delicate, and the full circumstances may never be known.

“Russia has done prisoner exchanges with Ukraine in the past… so it’s not, in that sense, unusual but what was unusual in this case is that it was involving foreign nationals.”

Aside from the five Britons, two US military veterans who disappeared while fighting Russia with Ukrainian forces have also been released after about three months in captivity.

Alex Drueke, 39, and Andy Huynh, 27, both from Alabama, went missing after their unit came under heavy fire in the Kharkiv region of northeastern Ukraine near the Russian border on 9 June.

UK Foreign Secretary James Cleverly welcomed the news of all the releases, though he also remembered Paul Urey, a British aid volunteer who died earlier this year while being detained in similar circumstances, and said “our thoughts remain with the family”.