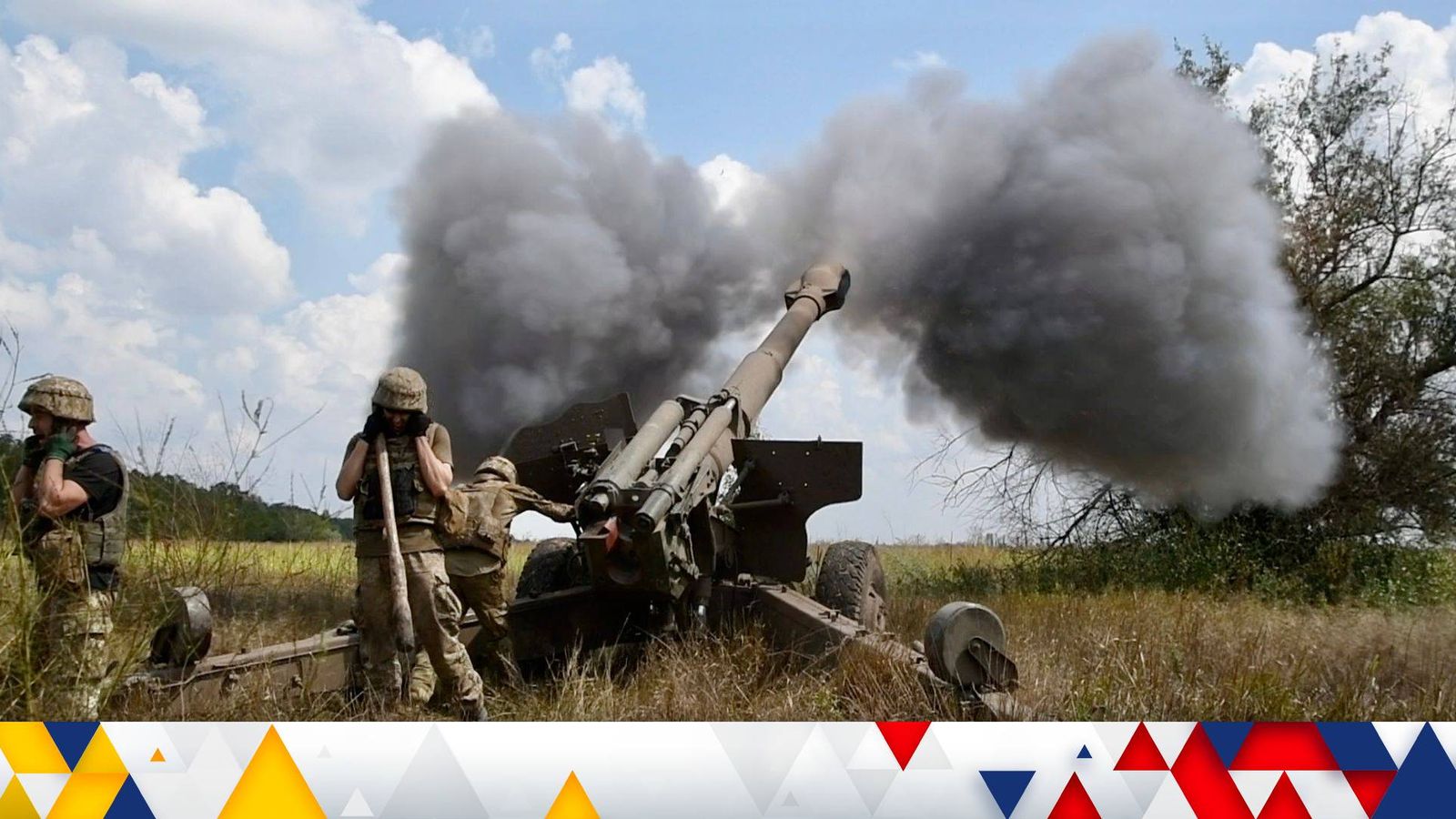 We waited at a checkpoint near the Ukrainian’s defensive line for the southern counter-offensive.

We had permission to be there, but the soldiers were unhappy, and all those permissions had to be rechecked.

The Ukrainian government and military have imposed an almost complete blackout of information on the southern counter-attack that has the Russian-held city of Kherson as its prize.

We watched as dozens of trucks, wagons, tanks, and general hardware passed by.

We couldn’t film, one can’t at checkpoints anyway – that is the rule. To the left of the crossroads, I could see dust rise above the wheatfields indicating a large convoy.

Rumbling down the road came a series of huge trucks, each carrying a payload of western-supplied weapons systems.

Their cargo is the reason Ukraine’s counter-offensives in the north and south have even happened. We couldn’t film, but we watched them pass by. The systems are here and active.

The southern offensive is proving more difficult than the blitzkrieg attack in the north, there are a few reasons for this, and they are quite simple.

Firstly, the Russians knew it was coming, and as a result, are prepared and have been reinforcing their positions.

Secondly, Kherson, the only city they have taken, is in many ways a gateway to Crimea and a land bridge to Russia. Russia can’t afford to lose this, so they are fighting hard to defend their lines.

And thirdly, and this is the Ukrainians’ problem, the land is dead flat and infantry movements are potentially lethal because there is nowhere to find cover, so the battlefield is dominated by artillery and rockets.

The sound of explosions is constant.

Driving through these flatlands is eery and frankly scary. The road to the front is the supply line. They’re a constant target, both sides attack supply lines as a routine.

Tank battalions manoeuvre towards the frontline to support infantry. Behind them the main defensive line is held by miles of dug-in and camouflaged tank and artillery positions.

Their job is to combat any sudden Russian fightback. We watch as they load their tanks with personalised shells.

From “Mykola to Moskals” it says – a gift from Ukrainians to Russians. This offensive comes at a cost in lost lives.

Two medics preparing for their shift rescuing injured people at the front told us the casualties can sometimes be very high. The reason is simple, they say, the Russians knew they were coming.

“What we know for sure is that after a successful counter-offensive in the Kharkiv direction, the Russians are trying to cut all options for advancements towards Crimea,” Said Ismalihov told me, before speeding off to the front. What will Russian forces do next?

Read more:
Bodies of Ukrainian troops ‘dumped as if they were dogs in ditch’
Navalny says alleged recruitment of Russian prisoners is like ‘Suicide Squad’

Major Serhii Tsehotskii is an area commander along these battle lines and is originally from Crimea. He is a businessman by trade but re-joined the army after the Russian invasion began in February.

The 55-year-old’s family is now in Britain. His wife, daughter, and grandson live in London after evacuating at the start of the war. His brother and son are here fighting with him.

The major likes to keep an eye out for the civilians who have stayed behind during all the fighting.

Sixty-year-old Lyuba comes outside to meet him. They give each other a big hug, and she calls over her husband Leonil to say hi. Lyuba is in very high spirits, she says they’ve been able to leave their basement in recent days.

“And you want me to leave. Why should I? Why do I need to? No, no. That’s not how it’s going to work. I will be waiting here”, she says defiantly. “Anyway, they will be defeated soon, soon.”

Lyuba like all Ukrainians is optimistic, but the noises from the Kremlin are ominous.

This conflict could so easily escalate. And that means nobody here is safe.