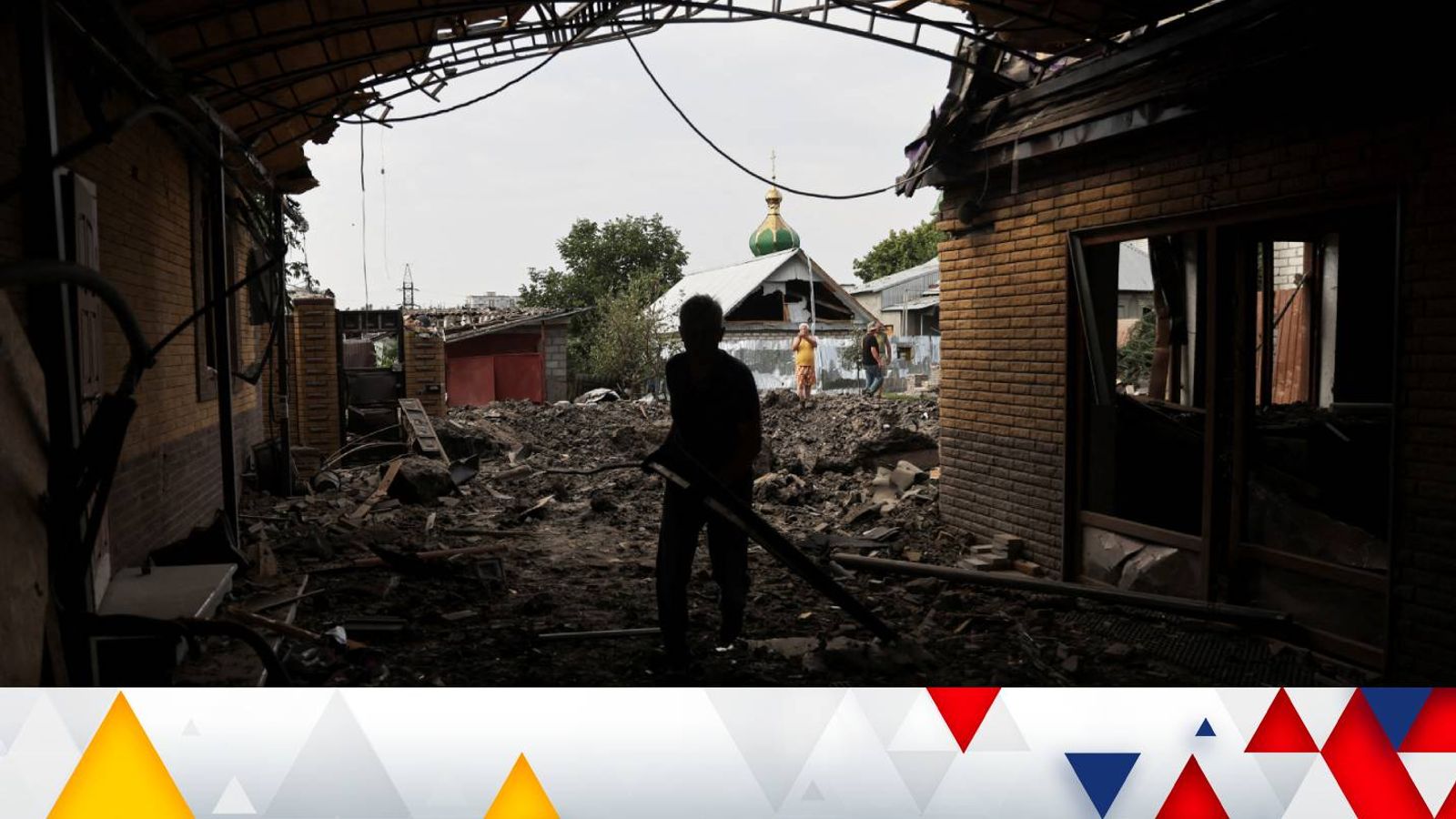 Police in Ukraine are investigating 26,000 war crimes committed by Russian soldiers and expect to uncover thousands more as land is retaken and towns and villages liberated, Sky News has been told.

Gathering evidence to prosecute Russian forces has become one of the biggest tasks for the Ukrainian police since the start of the invasion on 24 February, but international support is helping efforts.

“These are the crimes committed and committed by them [Russia] in the occupied territories.”

Referring to the war crimes uncovered when Russian forces retreated from the towns of Bucha and Hostomel near Kyiv, Denys Monastyrsky said he is bracing for more horror as the war continues.

“I am convinced that even more crimes await us in Mariupol, Volnovakha and Severodonetsk, those cities that are currently under occupation and will be de-occupied later.

“We are also investigating those crimes committed by the political establishment of the Russian Federation, directing the troops and allowing them to commit war crimes, such as rape, killing of children, and killing civilians in general. They let their commanders do it,” he added.

Teams of national police, security service officers and prosecutors, collect evidence from the sites of airstrikes and liberated areas.

They often work under fire or with the threat of secondary airstrikes.

The United States has recently donated a mobile DNA collection unit to help investigators process DNA from bodies found at the scene.

Experts from France, Lithuania and Slovakia are also in Ukraine providing support – in total more than 40 countries have offered assistance and $20m has been pledged to help fund the office of Ukrainian prosecutor-general.

“Statements are gradually coming from those who have lost their loved ones, who have gone missing. There are usually dozens of statements after each shelling,” said Mr Monastyrsky.

“War crimes have become one of the biggest burdens for the national police of Ukraine.”

Russia is not a member of the International Criminal Court – it withdrew its recognition of the ICC after the annexation of Crimea in 2014 – and Ukraine is yet to ratify its membership, and so a special international tribunal is being considered by The Netherlands.

Evidence gathered now will help in potential prosecutions in the coming years.

A Ukrainian counter-offensive in the south is expected to start within days, to push Russian forces out of the Kherson region.

If successful, it could be a turning point in the war.

You can now buy an amphibious electric vehicle for $50,000
Citroen announces EV concept which uses recycled cardboard and has a top speed of 68 mph
Shooting at conscription office and another centre attacked with Molotov cocktails after Putin’s mobilisation order
Free breakfast for all primary school children in England under Labour
Good cop, bad cop: How two MVP candidates are fueling each other