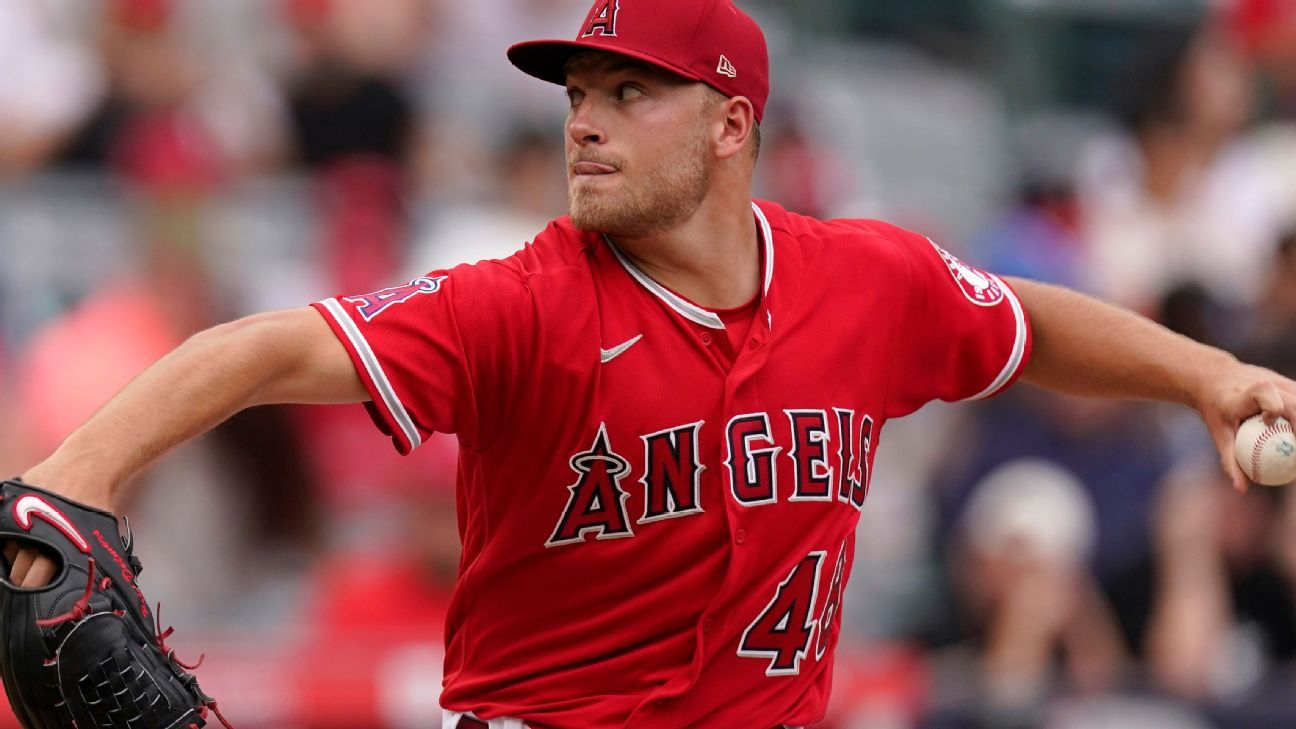 ANAHEIM, Calif. — Los Angeles Angels starter Reid Detmers became the first pitcher in seven years with a no-hitter and an immaculate inning in the same season, achieving the latter against the Texas Rangers on Sunday.

Detmers, who pitched a no-hitter against Tampa Bay on May 10, struck out three Texas hitters on nine pitches in the second inning for the 109th immaculate inning in baseball history.

The Angels couldn’t build on his momentum, however. Ezequiel Duran hit a three-run double in the ninth inning as the Rangers won, 5-2. Texas took three of four from the Angels and went 5-6 on its season-high, 11-game road trip.

Detmers finished his day after seven innings, in which he struck out a career-high 12 while allowing two runs, one earned, on three hits. In the fourth, the left-hander struck out Duran, Kole Calhoun and Charlie Culberson in the fourth immaculate inning in the majors this year.

The Rangers became the first team to have it happen twice in the same game when Astros starter Luis Garcia retired the side in the second inning and reliever Phil Maton did it in the seventh on June 15.

Duran has been one of the batters in all three against the Rangers, a first according to MLB.com.

Detmers has struggled since his no-hitter. He was sent down to Triple-A Salt Lake for a couple of weeks before being recalled.

Before Detmers, Houston’s Mike Fiers in 2015 was the latest to do the immaculate/no-hitter double in the same year.

It is only the third immaculate inning in Angels history, with all three occurring in the second inning. Nolan Ryan was the first on July 9, 1972, against Boston, and Garrett Richards accomplished it on June 4, 2014, at Houston.