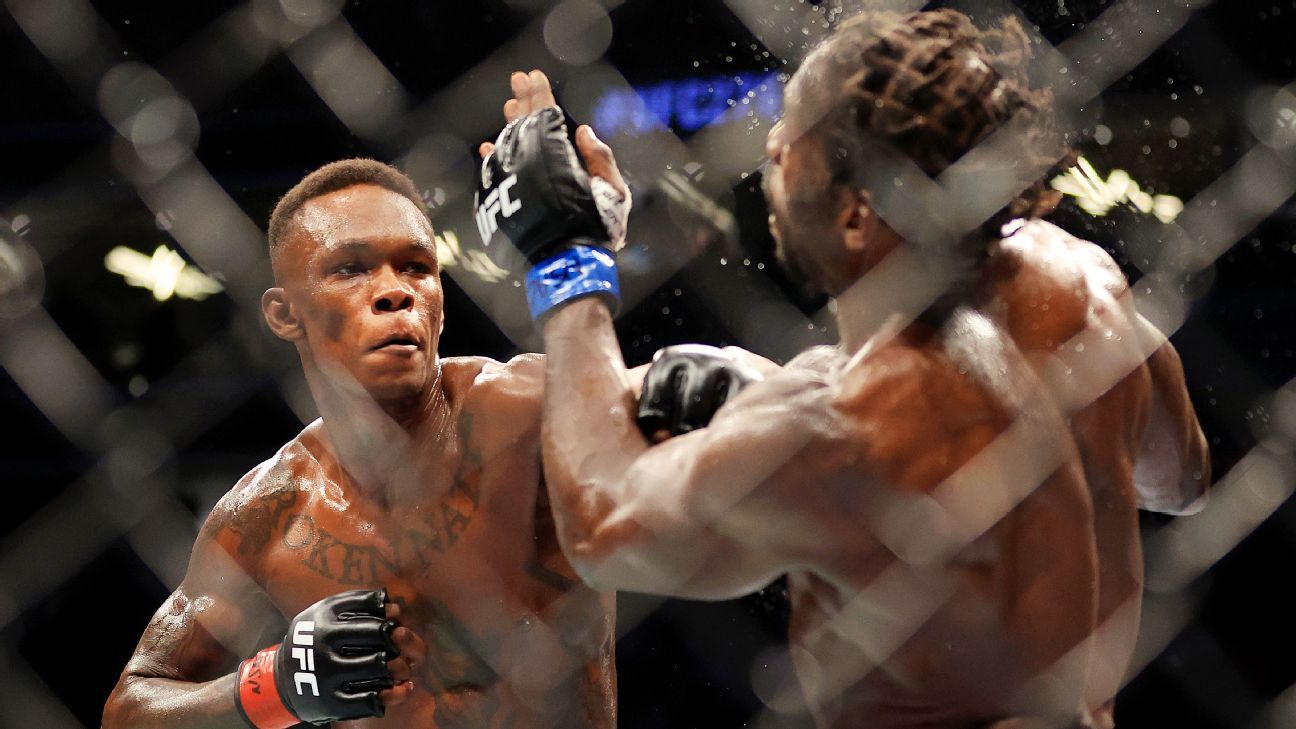 UFC 276 was a night of standout performances. Israel Adesanya avoided any powerful strikes that could’ve given Jared Cannonier momentum and won a unanimous decision victory. Alexander Volkanovski made sure there was no debate after the trilogy fight, pitching a shutout against Max Holloway to retain the featherweight title. Alex Pereira had no problem knocking out Sean Strickland in the first round of their middleweight bout and Jalin Turner didn’t even give Brad Riddell a chance to get going before submitting him in the first round.

The only fight that didn’t deliver included one of the sport’s most-discussed prospects in Sean O’Malley whose bout against Pedro Munhoz was ruled a no decision after an accidental eye poke.

So who’s up next for the title holders and top contenders? How does the UFC book O’Malley moving forward? Time to play matchmaker.

Who should be next: Alex Pereira

Well, Adesanya knew his next title defense would come from the fight earlier on the card. And it was a perfect scenario, because there would be appeal either way.

Either he was going to get the trash-talking Sean Strickland, or the guy who beat him twice in kickboxing in Pereira. End of the day, it’s Pereira, and Pereira did everyone a solid by not just beating Strickland, but doing so emphatically.

Adesanya is looking to be active and wants to rack up these title defenses, and this is an excellent opportunity for him (and the sport) to see some new blood and have a storyline behind the fight simultaneously. Plus, Pereira is very obviously dangerous.

Just throwing it out there as another option, but it’s not a super realistic one. If Costa were to knock out Rockhold, he’s in the vicinity of a title shot and his first fight against Adesanya did well at the box office.

As for Rockhold, it would feel silly to give him a title shot off one win over Costa, but Adesanya needs new challenges and Rockhold still has the shine of being a former champion.

This is a desperate wildcard pick though. Next to no chance this is fight the UFC makes.

Who should be next: Winner of Brian Ortega vs. Yair Rodriguez on July 16

Volkanovski wants to move up, and he deserves to. I want to see him get that opportunity. He might be the best pound-for-pound fighter in the world right now. Give him that lightweight shot. 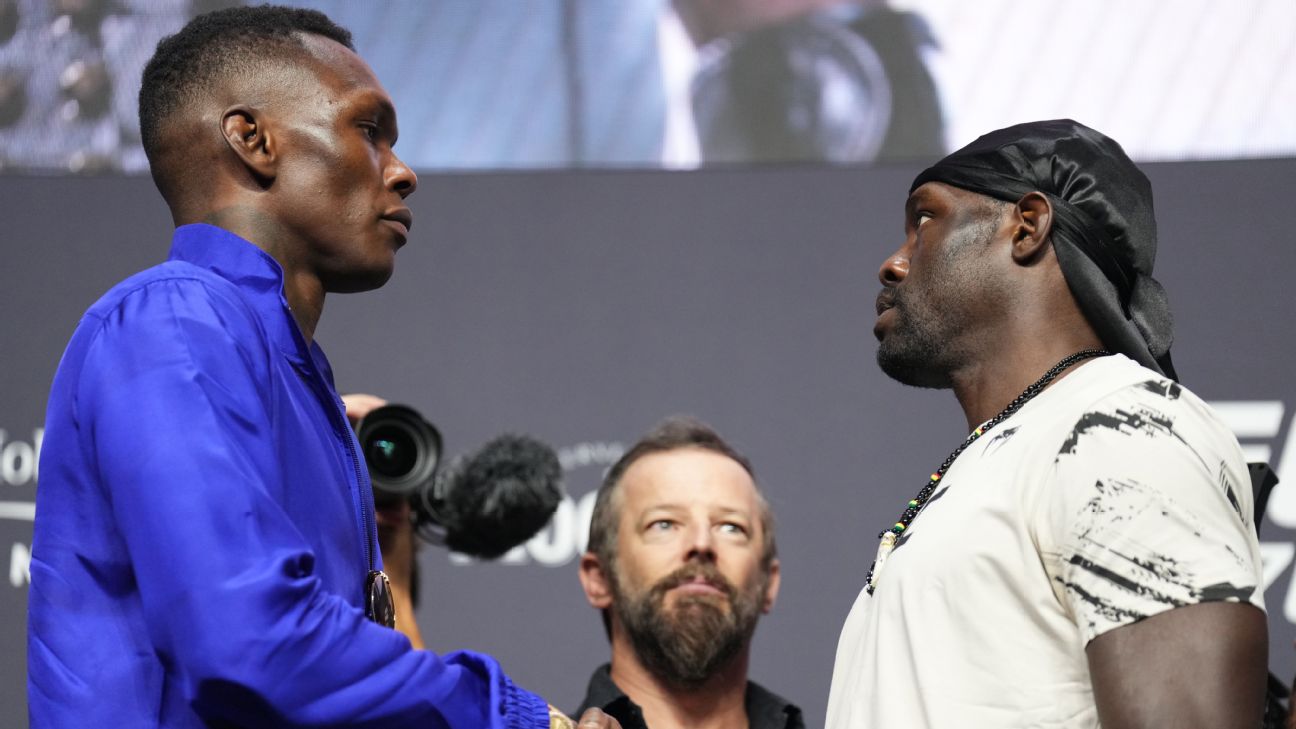 If the PPV was purchased, all fights from UFC 276: Adesanya vs. Cannonier will be available to watch on ESPN+.

However, timing is everything in this sport, and I don’t think the timing works in his favor at this moment. I don’t think the UFC is going to skip its lightweight title challengers in favor of Volkanovski right now. I think the promotion will do it at some point, but right now, you’ve got Islam Makhachev deserving of a shot. And as much as I hate to say it, you’ve got the champ, Charles Oliveira, calling for Conor McGregor — and I can’t say with certainty the UFC won’t give in to that request.

Volkanovski wants to be active, and I don’t see him fighting for a lightweight title soon. So, in the meantime, it’s next challenger up, which is the winner of this upcoming fight.

All that said, if the UFC does want Volkanovski to jump the line, I’m here for it. It’s an outstanding fight, Volkanovski vs. Oliveira. And I think Volkanovski does have a very, very legitimate chance to win it.

I’d love to see this fight next, but ultimately I’m guessing the UFC goes another route at 155 for the time being.

Who should be next: Justin Gaethje

This is uncharted territory. Holloway just went five rounds with another man, and he looked lost. When did you ever think you’d say that about Holloway?

Volkanovski was a class above Holloway, and that’s something we weren’t sure existed until Saturday. The good news is — he’s still Max Holloway. He’s very popular, and he’s still outstanding. He’s a ‘big fight’ fighter.

A move to lightweight feels obvious, where he’ll have a path to a title that doesn’t exist for him right now at featherweight. The MMA world would lose its mind at an announcement of Gaethje vs. Holloway. It’s a matchup fight fans would drool over. And they are both coming off losses in title fights. This is a fight that would inject electricity into both of their careers.

McGregor is coming back at some point, right? What will be his return fight? There are a lot of options, as is always the case with McGregor. As Holloway says himself, he is on that list. He’s always on that list.

It doesn’t quite feel like the perfect time if I’m being honest, considering this loss Holloway is coming from. But that’s just splitting hairs. There is no bad time for a fight against McGregor, and pound-for-pound, I think this option for his return might offer as much entertainment as any other.

Who should be next: Israel Adesanya

The UFC put Pereira on the fast track and he made them look smart for doing so. He’s only been in the UFC for three fights, but Strickland was a legitimate opponent — and Pereira slept him inside one round. The history he has with Adesanya (two wins against him in professional kickboxing) speaks for itself, and will certainly go a long way in terms of selling that fight.

This feels rushed, but is it? Maybe not. I mean, he did just knock out Strickland — a legitimate middleweight contender — and he does have experience (and favorable experience) against the champ. There’s really no reason not to do this fight next, and all parties know it.

This would make no sense, but it’s the only “wild card” I can come up with. But the UFC isn’t going to possibly burn Pereira as a title challenger for Adesanya by booking him a different matchup. I’m throwing this in here because I have to have something in the event, for some reason, Adesanya was unavailable to face Pereira. But we all know that’s the next fight.

Who should be next: Marlon Vera

I mean, that fight against Munhoz was a drag all the way around. No one can be satisfied the way that fight ended in a no contest. Can’t do anything about it now and I definitely don’t think you try to fix the problem by rebooking the fight. We didn’t get to see it play out fully, but based on what we saw, I don’t see a compelling reason to rebook. Not when you have a million options for O’Malley, that includes Chito Vera.

Vera is certainly deserving of a higher-ranked fight, but I don’t think this would be a bad fight for his career. O’Malley is one of the biggest fights in the division. I’ve always thought we’d see a second fight between them at some point (Vera beat O’Malley the first time they fought, but O’Malley blames it on a freak injury and doesn’t consider it a real loss).

I think the timing is actually perfect. They’re both bigger than they were the first time they met. It’s a lot of fun and an action fight.

Look, rebooking this is an option. And it does make sense. Why? It’s a fight that made sense this weekend, and it still makes sense since we didn’t get a result.

Personally, I wouldn’t be super excited about this getting rebooked, and I doubt I’m alone on that. And for that reason, I don’t think it’s what the UFC should do. But if this is the route they ended up taking, I can understand it.

Who should be next: Loser of Rafael dos Anjos vs. Rafael Fiziev on July 9

This sounds weird, but it’s the right move. Turner is on fire and Saturday was the best performance of his career. And I want to match him up with… the loser of this fight? Come again? As weird as it sounds out loud though, it makes sense.

Turner deserves a ranked opponent, right? But there aren’t many obvious options. Some of the biggest names in this division are in the top 10, and they’re eyeballing each other — not Turner. Next week’s main event is a great fight, and an important one in the division. The winner will be looking up in the rankings. And the loser will be looking down. I think whoever loses, should be looking at Turner.

Gamrot won’t like this idea. He’s got his sights on the very top of the division, coming off a win against Arman Tsarukyan last week. But as big as that win was for Gamrot, I don’t know if he’s going to get a top 5 matchup yet.

If that isn’t in the cards for him, this would be a great fight for the division. Again, not something Gamrot is likely to jump at, but for everyone else, it’d be a great matchup to see booked.