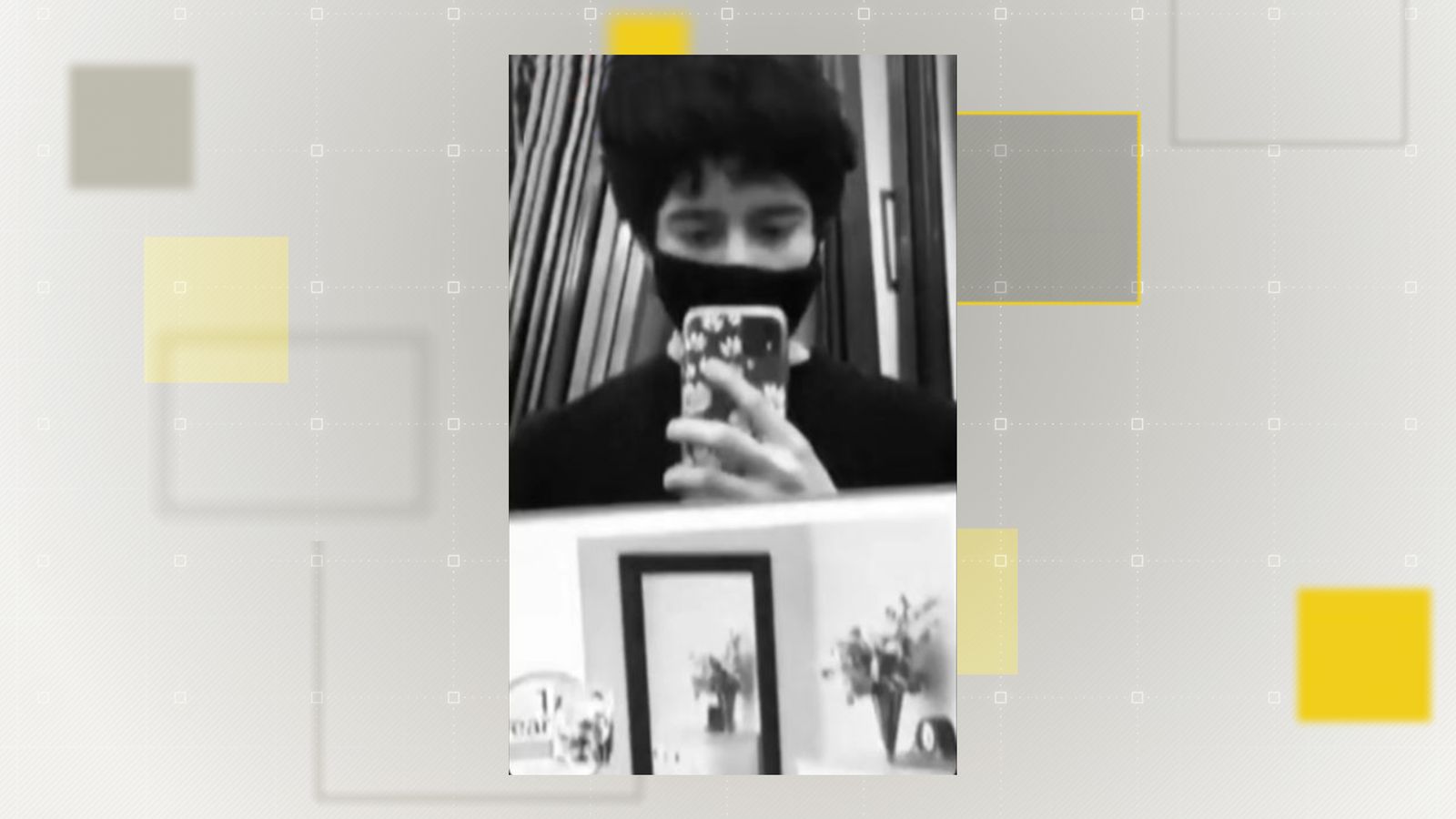 The 18-year-old who carried out a mass shooting in a Texas elementary school was given the nickname “The Yubo School Shooter” on a social media app he used.

Salvador Ramos shot his grandmother before killing 19 children and two teachers this week.

He did not leave a note explaining his actions, but messages Ramos sent to strangers online have surfaced.

These include boasts about buying a gun and comments in one online audio chatroom that people deserve “to get raped”.

A 17-year-old girl met Ramos on the social media app Yubo, which has a feature that enables users to join live audio chatrooms known as “lives”.

She told Sky News how Ramos would join these chatrooms and “threaten rape and kidnapping and murder”.

He privately messaged her and other girls and would threaten them if they did not respond.

On Valentine’s Day, Ramos texted the 17-year-old that he would worship her before telling her to “go jump off a bridge” when she didn’t reply.

Ramos then found her real name and phone number and sent her a threatening text message.

He messaged: “Are you going to ask how I got your number.

“You’re going to regret not doing what I say.”

He signed the message with the username on his Yubo profile, TheBiggestOpp.

We are not publishing the 17-year-old’s identity but have verified her story.

She decided to speak out because she believes a check of his mobile phone might have prevented him buying guns and she feels angry over Yubo’s lack of action over his behaviour.

The girl said she and her friends repeatedly reported Ramos’ account for hate speech and harassment. They only received automated replies on the app.

She said: “He would just harass people. He would threaten rape and kidnapping and murder.

“He would say ‘do you even know who I am?’ [and] ‘you’ll be famous if you follow me’. He really wanted to be known for this.”

When news of the attack broke, she said she was shocked but not surprised.

“He was given the nickname Yubo’s school shooter,” she explained.

“He never tried to shut down that nickname, he seemed almost proud of it, you know.”

She is still an active member of Yubo and says she loves the friends she has made on the app. She says people on the live chats would push back against Ramos’ aggressive comments to girls but admits it spilled over into bullying on the app.

“People used to stand up for the girls and be like ‘get the f*** out of our lives you weirdo’ or ‘Stop! These girls don’t want you’.

“I’m not going to lie, he was bullied on the app. It’s almost a high school community. There are losers, there are popular people there. It’s weird to explain. Like when he would join lives most people would say ‘Yubo’s school shooter’ [because] he was known as being weird.

“[The attack] is honestly not surprising. It’s a sad fact that it could have been stopped. It really could have.”

The girl and her friends worry that they should have done more than report him on the app but the 17-year-old believes if his phone had been examined as part of a background check he could have been stopped.

“All it would have taken was a background check… if someone had gone through the tapes on his phone or anything like that, that’s all it would have taken. It’s just crazy that he was able to purchase that gun and walk into that school. Because we knew how crazy he was.”

She added: “We knew long before this that he was a monster.

“He was never normal. There was never a point we could sit down and he took off his mask and was a normal person. I don’t even think it was a mask. I think it was genuinely him.”

Read more:
All 21 victims of Texas school shooting named
Why do US gun sales increase after mass shootings?

A spokesperson from Yubo told Sky News: “We are deeply saddened by this unspeakable loss and are fully cooperating with law enforcement on their investigation.

“At this stage, we are not legally able to release any specific user information outside of direct requests from law enforcement, but can confirm that we are investigating an account that has since been banned from the platform.”

The Data and Forensics team is a multi-skilled unit dedicated to providing transparent journalism from Sky News. We gather, analyse and visualise data to tell data-driven stories. We combine traditional reporting skills with advanced analysis of satellite images, social media and other open source information. Through multimedia storytelling we aim to better explain the world while also showing how our journalism is done.