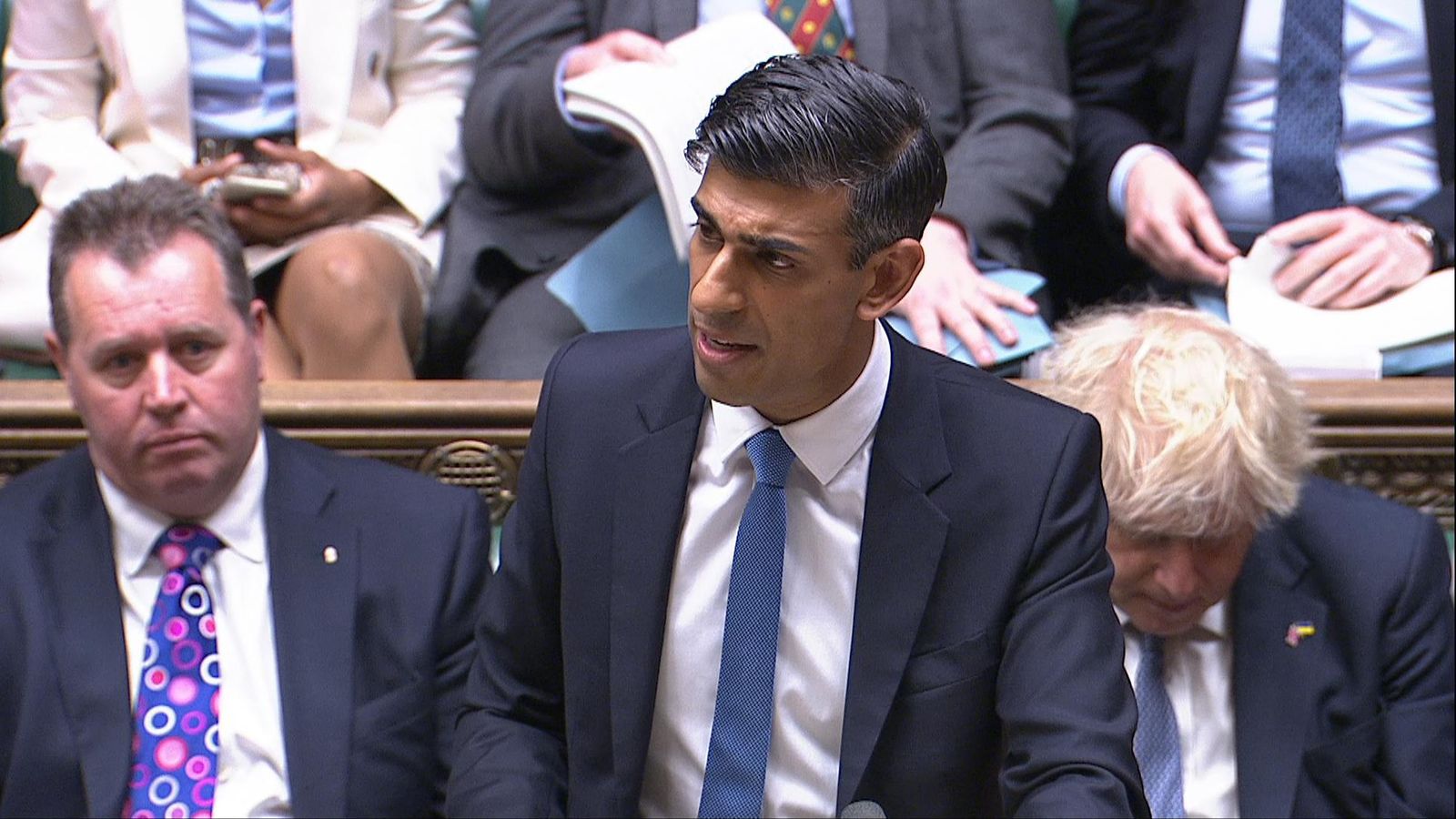 Yet again, he delivered a major fiscal announcement where he did the opposite.

Today’s £15 billion spending splurge expanded the role of the state with the advent of one-off financial transfers, could stoke inflation, add to borrowing and contains a multibillion-pound tax rise.

One day he will be able to give the budget he wants; though maybe not while Boris Johnson is prime minister.

Almost inevitably, it divided Tory MPs. Most were happy it delivered palliative care for voters facing unprecedented squeeze – Mr Sunak did get gratitude for reaching into his pocketbook once more.

But some immediately worried it amounts to “socialism” while others fear Mr Sunak is at risk of permanently higher spending and more inflation, which could prompt higher interest rates.

There is an unease on the Tory benches about what economic conservatism means in today’s party.

It is not clear today’s statement will have clarified dividing lines with Labour at the next election.

What wasn’t spelt out might even be more costly. As Sky’s economics editor Ed Conway points out, the throwaway promise about benefits and pensions rising next year with 9%-plus inflation, reinstating the triple lock; may ultimately cost more than the whole of today’s package altogether.

The Chancellor’s plan to help families


Again the path of public spending is potentially permanently higher. Everybody in the Commons chamber knew it was never meant to happen today.

Originally pencilled in for August, three weeks ago it was brought forward to July, then at the weekend it was going to be in June, and it was not even certainly going to be today, until yesterday.

This should not ordinarily matter, nor should the charge that this is some kind of distraction away from the Sue Gray report that landed yesterday, even though the timing is inevitably linked.

However, the danger now is that this looks like a short-term fix. Could it become just the first of many such interventions?

There are already heavy hints of tax cuts in the Autumn budget even before today’s £15bn has been noticed by voters.

Mr Sunak borrowed the language of his early COVID press conferences to make the announcement – promising government is on your side in unprecedented circumstances.

The eventual bill was far far higher than anyone predicted. Maybe Dominic Cummings was right when he said Mr Johnson’s main lever to hold voters and MPs in his spell is ever-higher spending.

COVID legacy weakens case for rail strikes as wider pay fight looms
Polestar completes SPAC merger and begins trading on Nasdaq under ticker $PSNY
Give public sector workers a pay rise or cut everyone’s taxes by 2%? Chancellor left with tough set of choices
‘You can never ask a child to go back’: Texas massacre school is to be demolished
‘He’s told me about it – it’s happening’: Emilia Clarke confirms Kit Harington will reprise Jon Snow role in GoT spin-off