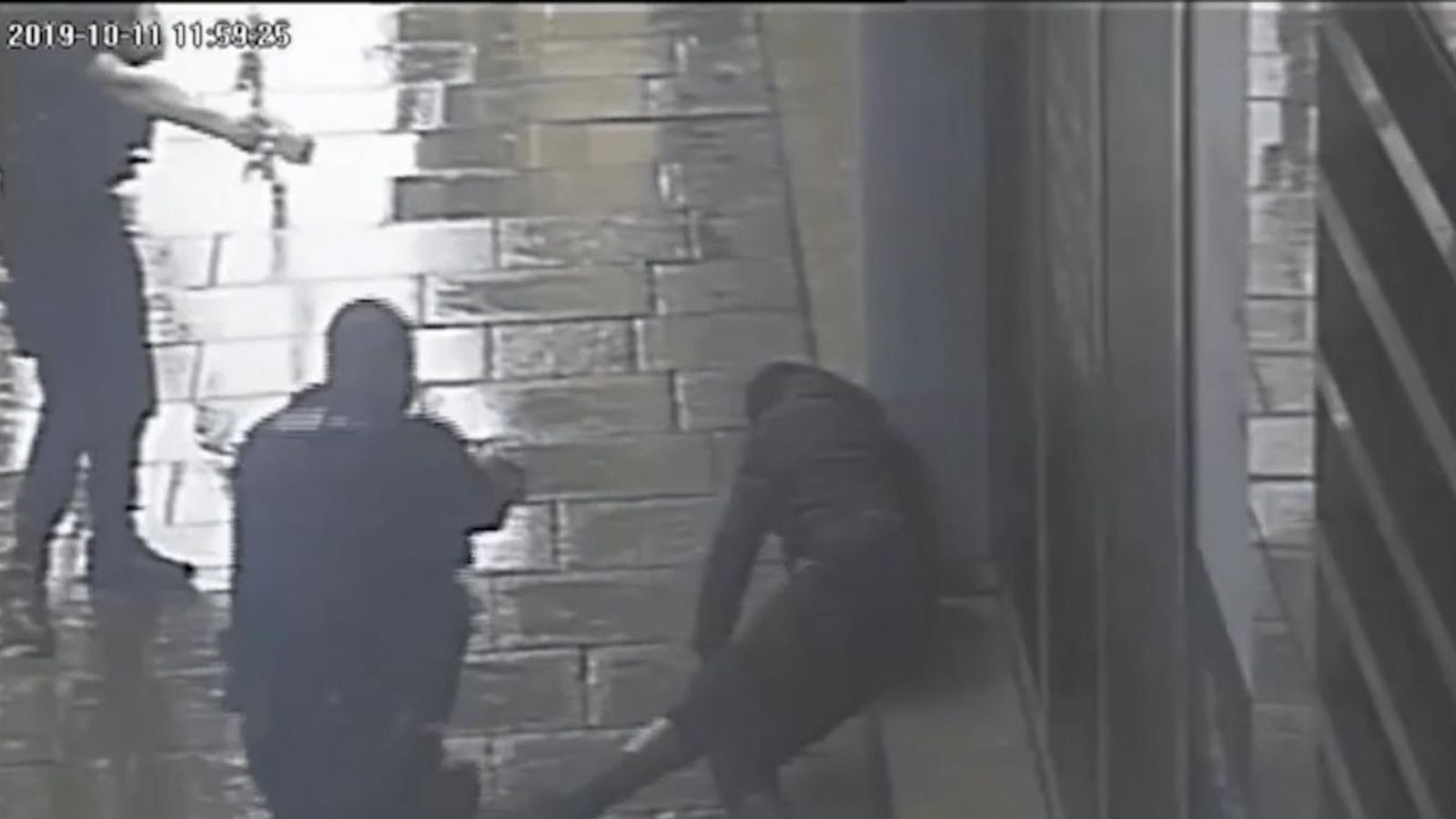 A man wielding a knife who randomly attacked five people in Manchester’s Arndale shopping centre has been sentenced to a hospital order.

Raphael Chevelleau, 43, wounded three people and attempted to wound two others at the centre on 11 October 2019.

He was sentenced to a hospital order at Manchester Crown Court for three offences of wounding with intent and two offences of attempted wounding – after pleading guilty at an earlier hearing.

The court heard Chevelleau suffers from a schizophrenic illness which has been resistant to treatment.

He was admitted to hospital in 2006 for a psychiatric illness, while his mother said he was diagnosed in prison with schizophrenia when he was 21.

A consultant forensic psychiatrist had previously told the court he thought it was “highly unlikely” Chevelleau would have committed the offences if he had not been suffering from schizophrenia.

He said there was “a wealth of evidence” that – unknown to medical practitioners and family members – his mental state deteriorated ahead of the stabbings.

Manchester Crown Court heard how Chevelleau entered the Arndale and “caused widespread fear and panic among the general public” during the 2019 incident.

Detective Superintendent Will Chatterton, of counter-terrorism policing North West, said some of the victims have psychological injuries that will “remain with them forever”.

Speaking outside the court, he said: “The scene was one of sheer terror as the victims and other shoppers ran and hid in an effort to escape. Many ran for their lives as the injured feared they were going to lose theirs.”

He added: “It brought back relatively raw memories of previous acts of violence on innocent people in our city, especially those of a terrorist nature.

“While this incident was not terrorism, it did not diminish the level of fear and anger that people felt that day.”

He said that Chevelleau will now receive the treatment “that he needs” while the “public are safe from the threat he clearly posed on that day”.

Paying tribute to the five victims, he said: “I hope today can bring some closure for what will no doubt remain a traumatic ordeal and unforgettable ordeal for those involved.”

Nick Price, Head of the CPS Counter-Terrorism Division, said: “This was a shocking and unprovoked attack and our thoughts remain with the victims and those directly affected by the actions of Chevelleau.

“I am pleased that he has taken responsibility for his actions through his guilty pleas and that the victims and other witnesses who have provided statements were not required to give evidence in court.

“The sentence imposed by the court today reflects the seriousness of Chevelleau’s actions and the level of danger he poses to the public.”

An energy transition loophole is allowing Big Oil to offload high-polluting assets to private buyers
‘Someone gave us up’: Why Ukrainian soldiers carry suspicion in one key town
Britain should not ’tilt the system’ to increase number of state pupils admitted to elite universities, education secretary says
Ministers eye legal implications amid plot to override Northern Ireland Protocol
‘It’s a pretty big fall’: How everything changed for Phil Mickelson in just one year