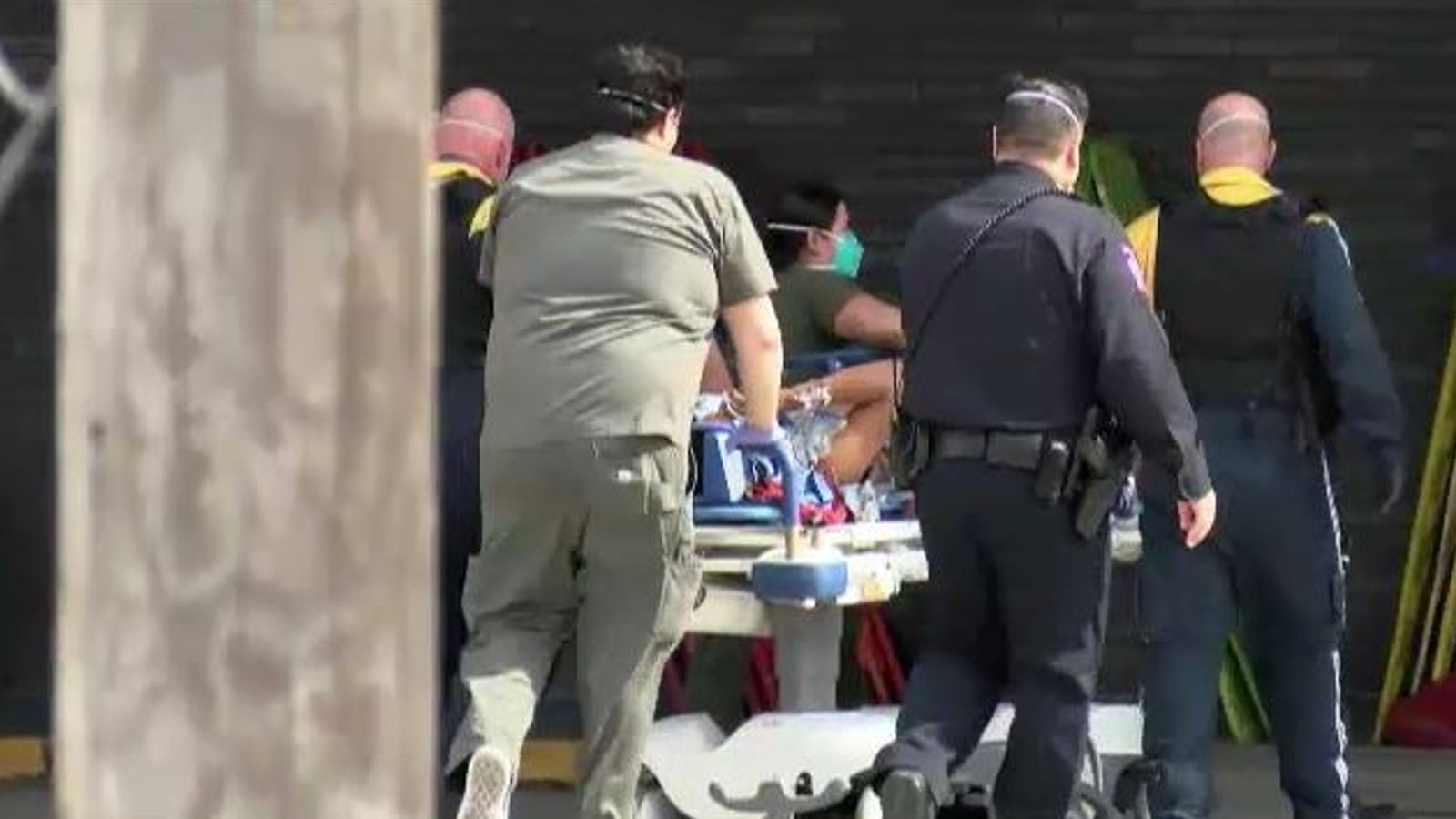 Ten people are dead after an overloaded van crashed on a remote south Texas highway.

The van was carrying 29 migrants when it crashed just after 4pm on Wednesday on Highway 281 in Encino, a small community about 50 miles north of McAllen.

The driver is among the dead and about 20 other passengers were injured, all of them seriously or critically.

Brooks County Sheriff Urbino Martinez said the van was designed to hold just 15 passengers and that it was speeding and top-heavy when the driver lost control and it tipped over.

Sheriff Martinez said the van was not being pursued by police.

The victims have not been identified because police are still trying to inform their families.

No information has been released about the van, such as who owns it.

Encino is about 20 miles south of the Falfurrias Border Patrol checkpoint.

According to reports in The Dallas Morning News, young people are often recruited to drive vehicles crowded with migrants who have paid to be smuggled into the US.

Victor Manjarrez Jr, director of the Center for Law and Human Behavior at the University of Texas at El Paso, told the newspaper that criminal groups recruit drivers from Texan cities and from parts of Latin America.

He said the drivers are often seeking safe passage themselves and are offered a discount if they agree to drive.

But their young age, bad driving and speeding have already led to crashes.

Thirteen people died in March when a semi-trailer truck hit a sport utility vehicle with 25 migrants in California.

Just a few weeks later, eight migrants died when their truck crashed into another truck while it was chased by police nearly 30 miles north of the border city of Del Rio in Texas.

Lisa Marie Presley’s daughter shares picture of the last time they were together
‘You only fight him because you have to’: Why nobody wants to get into the ring with light heavyweight champion Artur Beterbiev
Met Police says two to three officers will face charges every week for months
The DOJ’s antitrust case against Google is ambitious but risky
LeBron, Giannis voted as All-Star Game captains