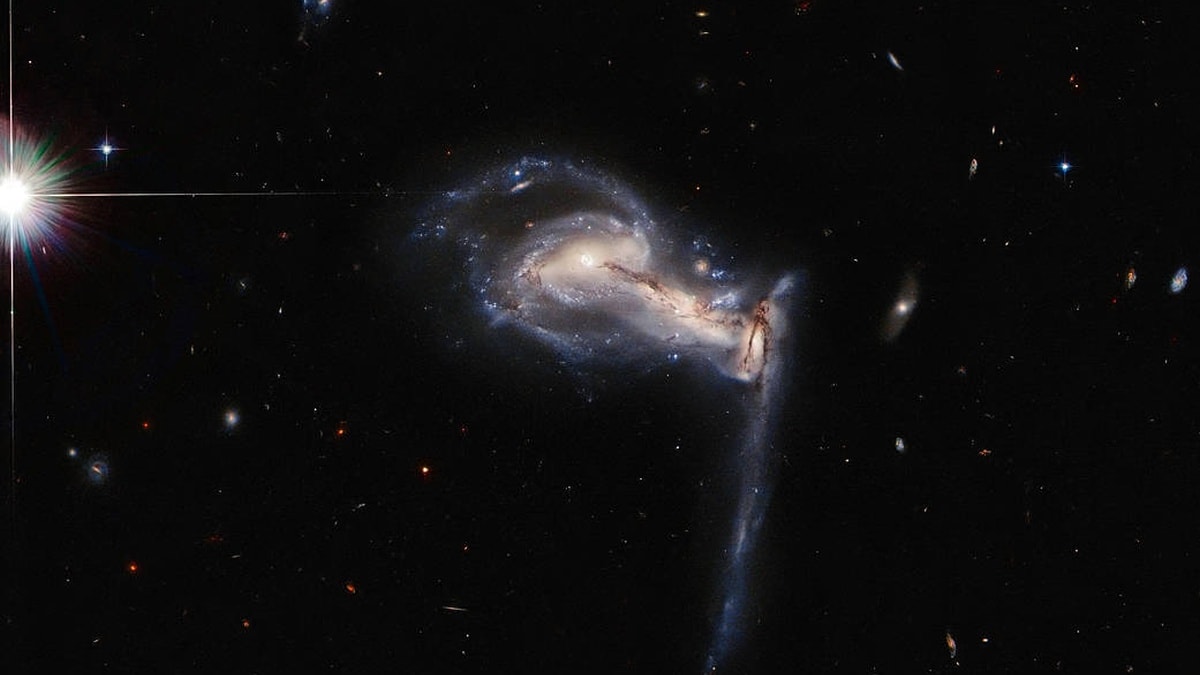 If you have a sibling, disagreements and quarrels are a given. And it turns out, things are not so different even among galaxies. And now, we have proof thanks to the Hubble Space Telescope that has managed to capture a trio of galaxies engaged in a tug-of-war — of sorts. But what are they fighting for? Well, the three galaxies in question were squabbling for gravity.  The image captured by the Hubble telescope was shared by NASA on its official website on July 30 and features the “dramatic triplet of galaxies”.

This #HubbleFriday view shows a triplet of galaxies, called Arp 195, caught in a gravitational tug-of-war game.

It’s featured in the Atlas of Peculiar Galaxies, which showcases some of the weirder galaxies in the universe: https://t.co/3hYBoCsc66 pic.twitter.com/SDSHazfgYc

As mentioned in the tweet, the three galaxies belong to the system known as Arp 195. It is featured in the Atlas of Peculiar Galaxies, which as the name suggests, is a list that features some of “the weirder and more wonderful galaxies in the universe”. This list includes interacting galaxies, which tend to disturb each other by the power of their gravitational field. With a total of 338 galaxies, the Atlas of Peculiar Galaxies was originally published in 1966 by the California Institute of Technology.

The image also features the formation of a long tail on one of the galaxies towards the right side of the frame. According to Cosmos, tidal tails are caused due to gravitational interactions between galaxies. As a part of these interactions, “gas and stars are often stripped from the outer regions of the galaxies to form two tidal tails: one trailing and one preceding each galaxy.”

The NASA report added that the image of the clashing triplet of galaxies was captured thanks to a computer algorithm that creates a schedule “which allows the spacecraft to occasionally gather bonus snapshots of data between longer observations.”