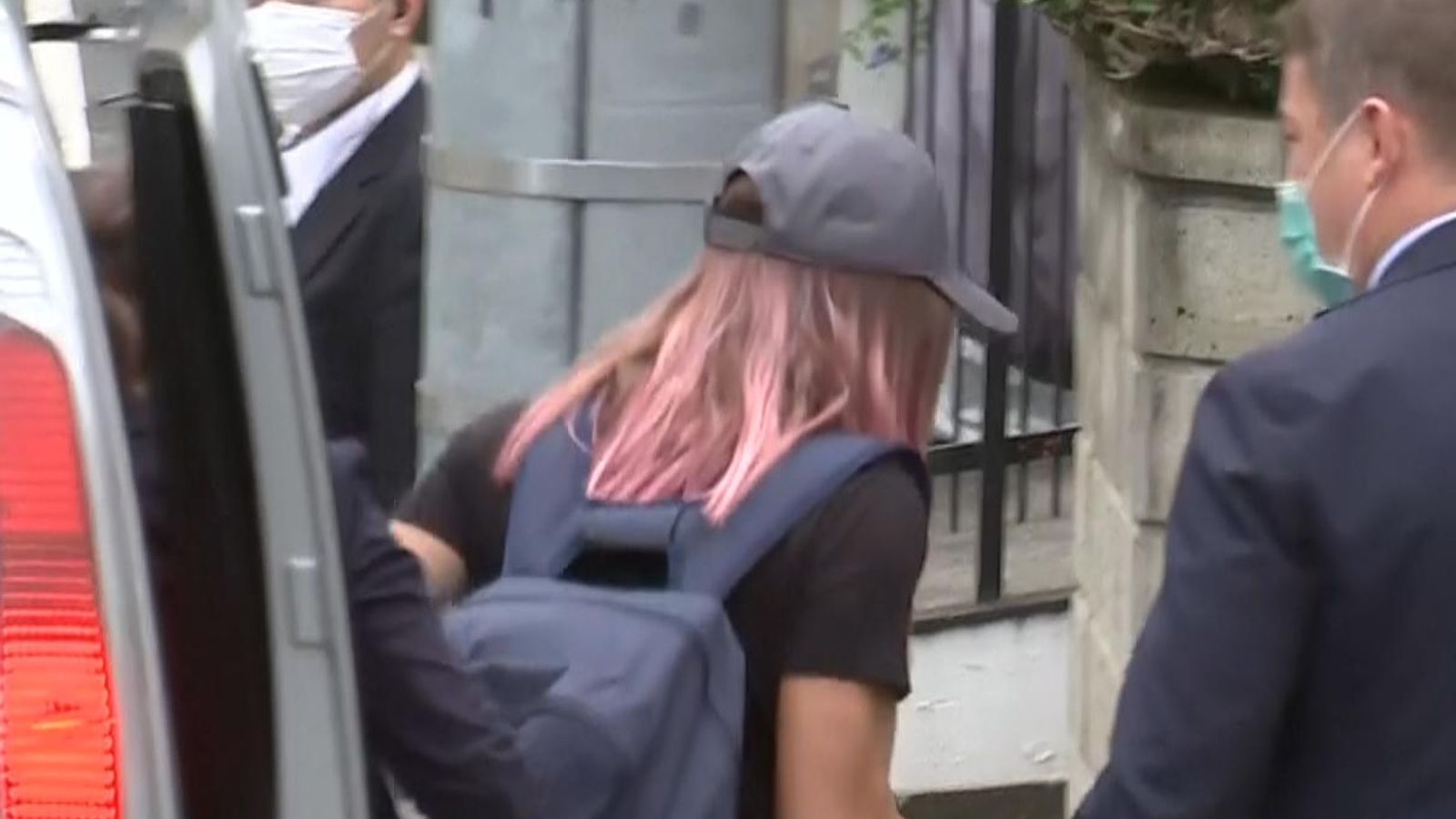 Belarusian Olympic sprinter Krystsina Tsimanouskaya has arrived at the Polish embassy in Tokyo after refusing to board a flight back to Minsk.

The 24-year-old was seen entering the building after spending the night at an airport hotel.

She said she was seized by officials from her own country on Sunday after she publicly complained about the national coaches and sought police protection.

Olympic officials later said she was “safe and secure”.

Her arrival at the Polish embassy comes after France’s European affairs minister said it would be an “honour” if Europe were to grant Tsimanouskaya political asylum.

The Olympian said she was seized by officials from her own country on Sunday after she publicly complained about the national coaches.

She spent the night in an airport hotel after seeking the protection of Japanese police at Haneda airport.

Tsimanouskaya said in a filmed message distributed on social media that she was pressured by Belarus team officials so had asked the International Olympic Committee for help.

She said: “I was put under pressure and they are trying to forcibly take me out of the country without my consent.”

Tsimanouskaya had been due to compete in the women’s 200 metres and the 4×400 metres relay at the Tokyo Olympics this week.

But she criticised team officials on her Instagram account, saying she was put in the relay despite never having raced in the event before.

She had also claimed some members of her team were judged ineligible to compete because they had not undergone enough doping tests.

Coaching staff went to Tsimanouskaya’s room and told her to pack as a response to what she had said, she claimed.

When she arrived at the airport, she summoned Japanese police and refused to board the flight to Minsk via Istanbul.

An activist group supporting Tsimanouskaya said she believed her life was in danger in Belarus and she would seek asylum with the Austrian Embassy in Tokyo.

A spokesman for the Japanese government, Katsunobu Kato, told reporters that Japan was cooperating with other organisations “to take appropriate measures,” and confirmed the sprinter was safe.

The Belarusian Sport Solidarity Foundation (BSSF) said Tsimanouskaya contacted them for help over fears she would be deported to Minsk after government supporters targeted her.

“The campaign was quite serious and that was a clear signal that her life would be in danger in Belarus,” BSSF spokesman Alexander Opeikin said.