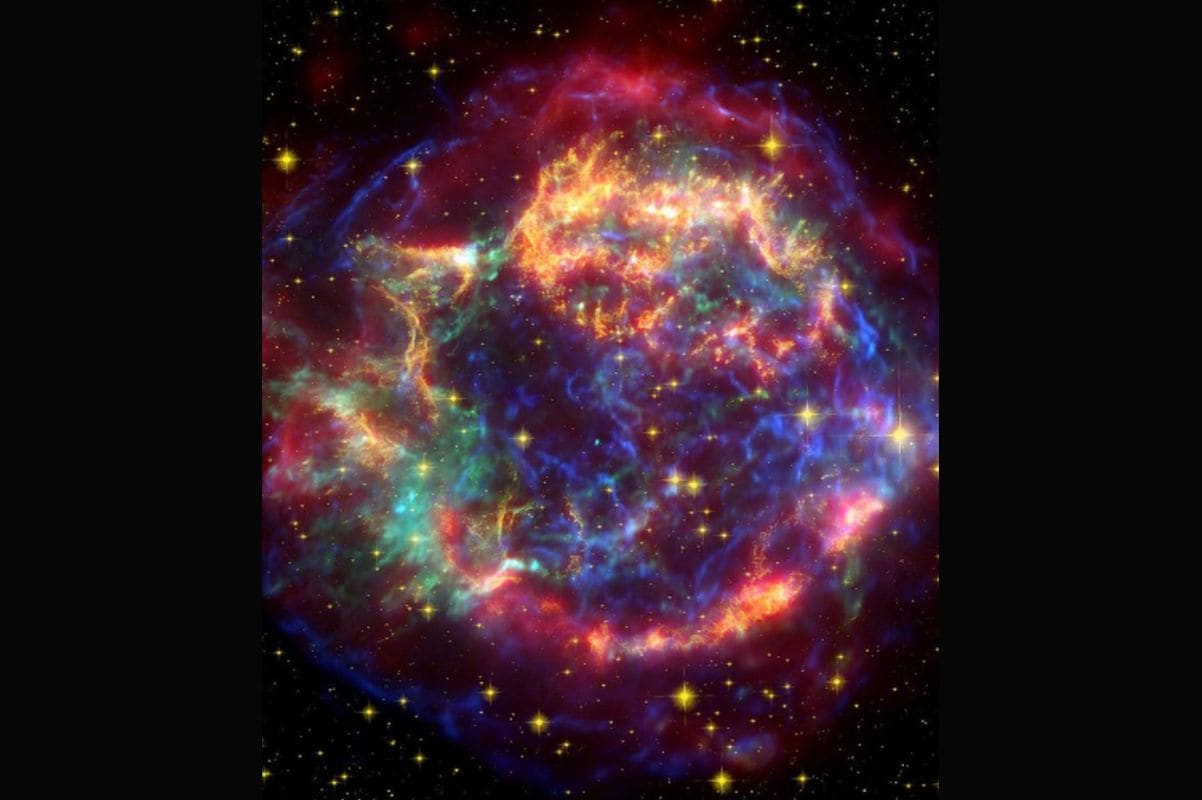 NASA shares captivating pictures of and from space on its social media platforms and everyone, especially the aspiring astronauts among them, eagerly wait for its next post. In its Sunday post on Instagram, NASA shared a picture of Cassiopeia A (Cas A), describing it as a kaleidoscope — a constantly changing pattern — of colour. The space agency said that Cas A is the remnant of a massive star that exploded about 300 years ago. The picture, according to NASA, shows Cas A in “full glory”.

The photograph features what looks like a huge bubble of multiple colours. In its post, NASA said that it was a composite of images taken from three of its observatories. “This 300-year-old remnant created by the supernova explosion of a massive star is located about 11,000 light-years away from Earth,” the agency said and then explained what the different colours in the picture represent.

The different colours in the photograph show details provided by each observatory, offering astronomers a holistic view of Cas A, NASA wrote. The red colour — collected by the infrared data from the Spitzer Space Telescope — “reveals warm dust in the outer shell with temperatures of about 10 degrees Celsius,” it said.

The optical data from NASA’s Hubble telescope shows the delicate filamentary structure of warm gasses about 10,000 degrees Celsius, represented by the colour yellow in the shell. “Green and Blue — X-ray data from NASA Chandra X-ray Observatory captures hot gasses at about 10 million degrees Celsius,” NASA said in its post. It further added that this hot gas was likely to have been created after material ejected from the supernova smashed into surrounding gas and dust at speeds of about 10 million miles per hour.

A comparison of these images, NASA said, may help astronomers better determine if most of the dust in the supernova remnant came from the massive star before it exploded, or from the rapidly expanding supernova ejecta.

NASA posted an almost similar picture of Cas A on its website in 2017 and wrote that it demonstrated an expanding shell of hot gas produced by the explosion.

In a separate 2017 note, NASA said that while the exact date of the explosion wasn’t known, experts said that it occurred around the year 1680. Not just that, astronomers believe that the star that exploded, leading to the creation of Cas A, was about five times the mass of the Sun.