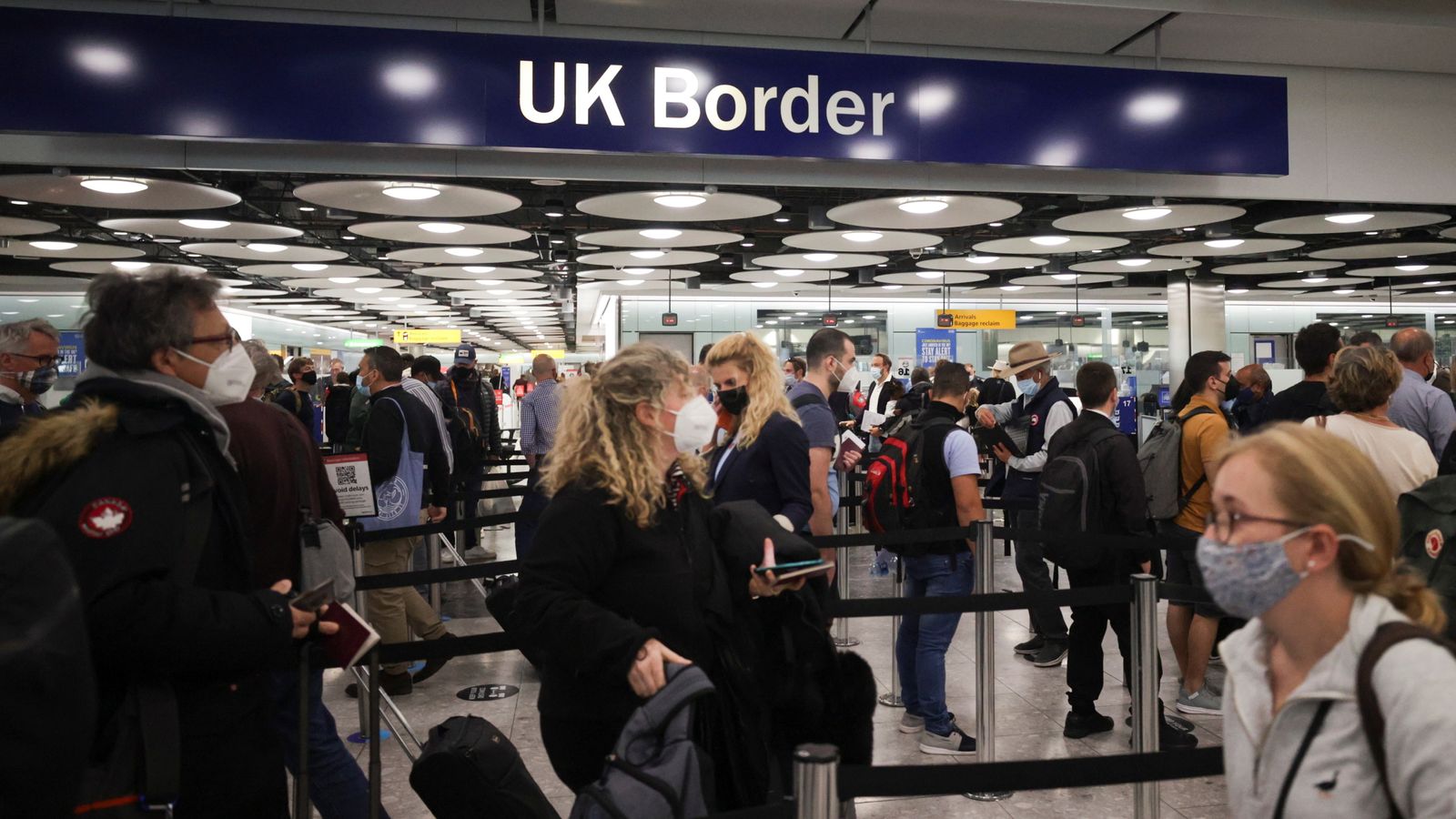 Fully vaccinated travellers from the US and EU can now arrive in the UK without having to isolate.

The new rules came into effect at 4am on Monday but they have not yet been met by a reciprocal easing of restrictions for travellers from the UK.

Transport Secretary Grant Shapps said: “We’re helping reunite people living in the US and European countries with their family and friends in the UK.”

Previously, only travellers who received both coronavirus vaccine doses in the UK were able to enter from an amber country – the US and most of the EU – without isolating for the required 10 days.

But the isolation exemption will now cover those people vaccinated in the US and the EU.

Arrivals from France are the exception, with isolation still required regardless of vaccination status.

US citizens must have a vaccine card, while EU citizens need the bloc’s “green pass” showing their vaccination status.

Paul Charles, chief executive of travel consultancy The PC Agency, told the PA news agency: “The significance of this decision can’t be overestimated.

“It will pump vital cash into the travel economy, and help salvage the rest of the summer.

“Inbound visitors deliver billions of pounds to the economy and they can be welcomed safely.

“It’s especially good news for our airlines who need to fill their seats across the Atlantic.”

Also on Monday, international cruises from England are allowed to resume, after a 16-month enforced break.

Most firms will not take passengers straight away due to logistical reasons, however.

Meanwhile, there are fears that the government is considering creating an amber watchlist, which would include countries at risk of moving to the red list at short notice.

Arrivals from red list countries must spend 10 days in hotel quarantine at a cost of £1,750.

There is already a green watchlist, which includes countries on the green list that are at risk of being moved down to amber.

According to The Daily Telegraph, Mr Shapps is against the idea and is instead pushing for travel to be opened up further.

Ministers will meet on Thursday to decide on the travel rules that will be in place for most of August.

The Department for Transport said it would not comment on “speculation” when asked about a possible amber watchlist.