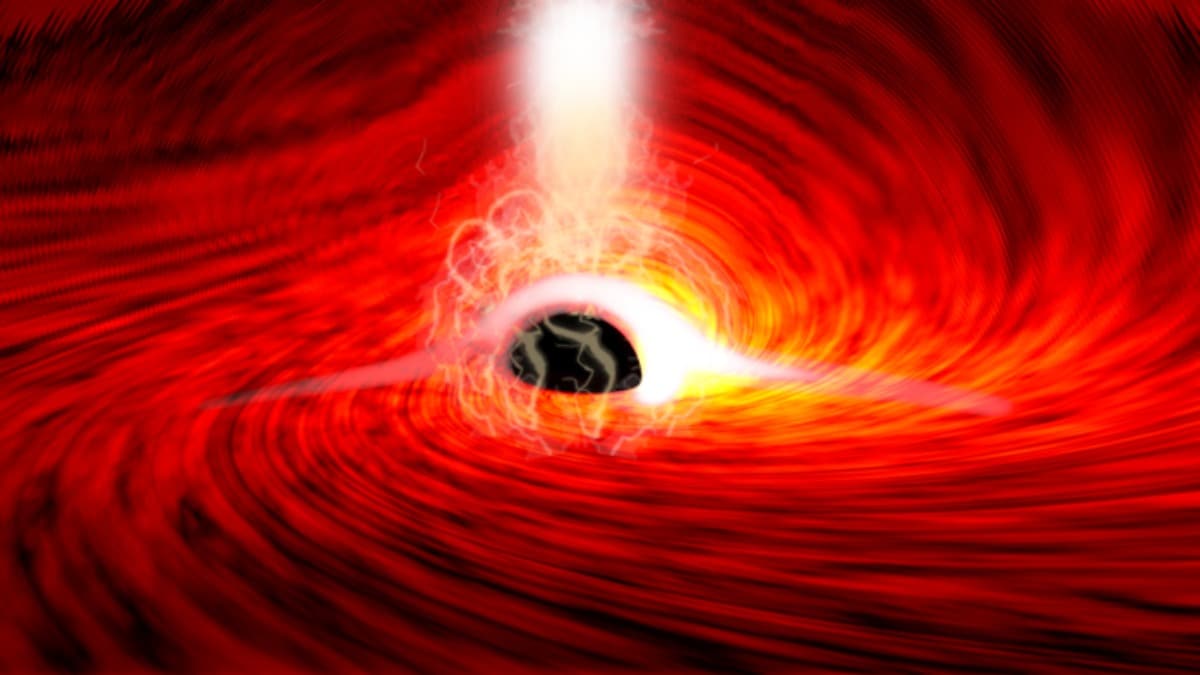 Researchers have now been able to see light being ejected from behind a supermassive black hole, 800 million light-years away from Earth. These light waves — called “echoes” — were detected in the form of X-rays, according to a study published in the Nature journal. Over a century ago, Albert Einstein predicted through his Theory of General Relativity that the gravitational pull of black holes could be so strong that they can twist magnetic fields and bend light waves right around them, not just trap them.

According to Einstein’s theory, it should be possible to see light waves ejected out of a black hole’s backside. That theory has finally been proven correct.

Black holes were initially, or simplistically, believed to be empty spaces. However, the theory was later turned on its head when researchers carried out more detailed studies and found that a black hole is a very small area packed with a great amount of matter. Think of it as a star ten times bigger than our Sun squeezed into a sphere the size of a big city. This compression results in the formation of a very strong gravitational pull that even light cannot escape.

Dan Wilkins, a Stanford University astrophysicist and the study’s co-author, said in a statement any light that goes into the black hole doesn’t come out, “So, we shouldn’t be able to see anything that’s behind the black hole. The reason we can see that is because the black hole is warping space, bending light and twisting magnetic fields around itself.”

Wilkins and his team used a special high-power X-ray telescope to study the black hole at the centre of the spiral galaxy, Zwicky 1. They found that light, in the form of X-rays, was being ejected out of the black hole’s backside, an unusual phenomenon.

Black holes are formed when massive stars explode into a supernova and collapse in on themselves.