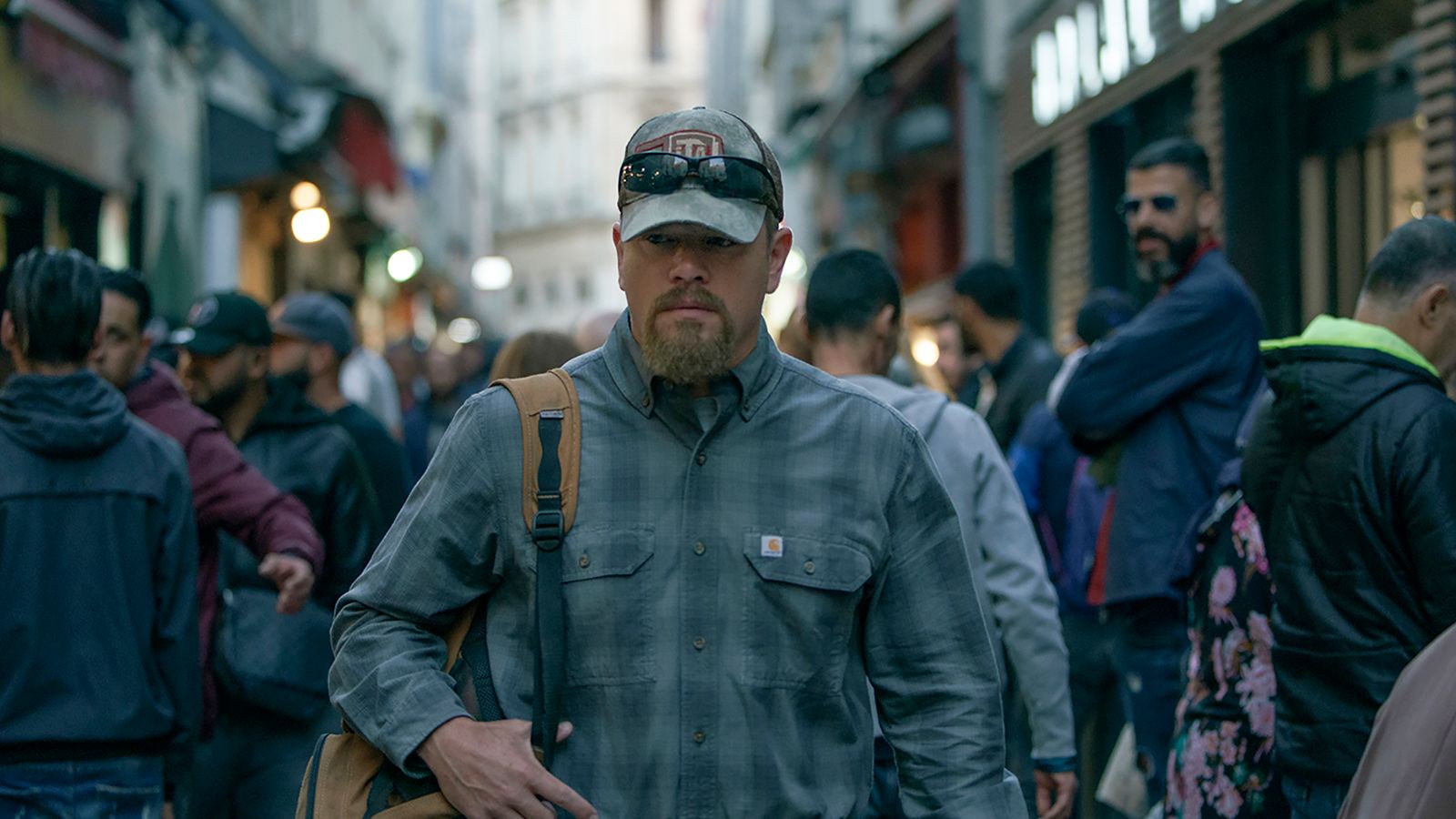 Matt Damon’s new film, Stillwater, sees him playing the father of an American student who is in prison in Europe for murdering her flatmate.

It sounds familiar because it is loosely based on the murder of British student Meredith Kercher in Perugia, Italy, in 2007 and the subsequent imprisonment of Amanda Knox.

Ms Knox and her then-boyfriend Raffaele Sollecito were placed under suspicion. Both were initially convicted, but after a series of different decisions Italy’s highest court threw out the convictions in 2015.

Ms Knox is never named on screen but Damon says the case was an initial “jumping off point” for Stillwater, which focuses on his character – an oil-worker or ‘roughneck’ from Oklahoma who has struggled with addiction and spent part of his life in prison.

Damon, 50, told Sky News: “The Amanda Knox case – Tom [McCarthy – director and co-writer] and I never talked about that because it served as kind of a jumping off point for this story, It’s really about what happens to this father and his daughter after all the cameras go away and how they move on with their lives.

“They’re both kind of broken and they both need each other very much – he’s carrying all this anger and pain and grief and regret and shame for having been an absentee father, for having been an addict, for all the ways in which he failed her and he’s trying to redeem himself and he’s trying to help her in any way he can, and yet he has none of the skills or tools that one would need to do that – yet he’s still trying.

“I just thought there was something beautiful and heartbreaking about it – you can feel that it’s probably not going to go well, and it’s a story about what feels to me like real people.”

The film invites us to challenge our preconceptions about others, and the Bourne star admits that’s exactly what happened while he was researching the role.

He says he spent time with real roughnecks in Oklahoma and found plenty of common ground.

“I come from a very different culture within America. I’m from the northeast and Cambridge, Massachusetts, is a very different place from Stillwater, Oklahoma, or some of the smaller places outside Stillwater where these guys live,” Damon explained.

“And so I had my own ideas about what I was going to see when I went down there, and as always, as happens literally every time in a world in which we’re constantly being told by, particularly by politicians, how divided we are and who are stoking those flames in order to kind of self-promote – you get past all that and it’s what connects us that is so much greater than what divides us.”

While Damon didn’t dwell on the real case that inspired the film, his co-star Abigail Breslin, who plays his daughter Alison, says she did research it, and even went as far as contacting Ms Knox.

“I didn’t want to do anything that was mimicking or copying that trial because Alison is a very different person, and I was not trying to portray Amanda in it, but it was an amazing source of reference material,” she said.

“I had a brief Twitter conversation with her, but I don’t feel out of respect to her that it would be appropriate to share what we discussed.”

The film has divided critics, though many have praised Damon’s performance.

But the actor hopes that the movie will ultimately unite audiences.

He says that if we take the time to get to know those we are politically opposed to, we may come to understand them – as he did with the roughnecks he spent time with while preparing for his role.

“Kenny Baker was this guy that was our consultant on the movie and we named Bill Baker [Damon’s character] after Kenny as a nod to him because we were so grateful for all his help.

“And he’s got unbelievable values and he’s such a good family man and such a good person, and, you know, you understand suddenly his political decisions in the context of that.

“I hope [the film] just blows up some of those kind of caricatures that we have about each other in ourselves.”

Stillwater is out in cinemas on 6 August.