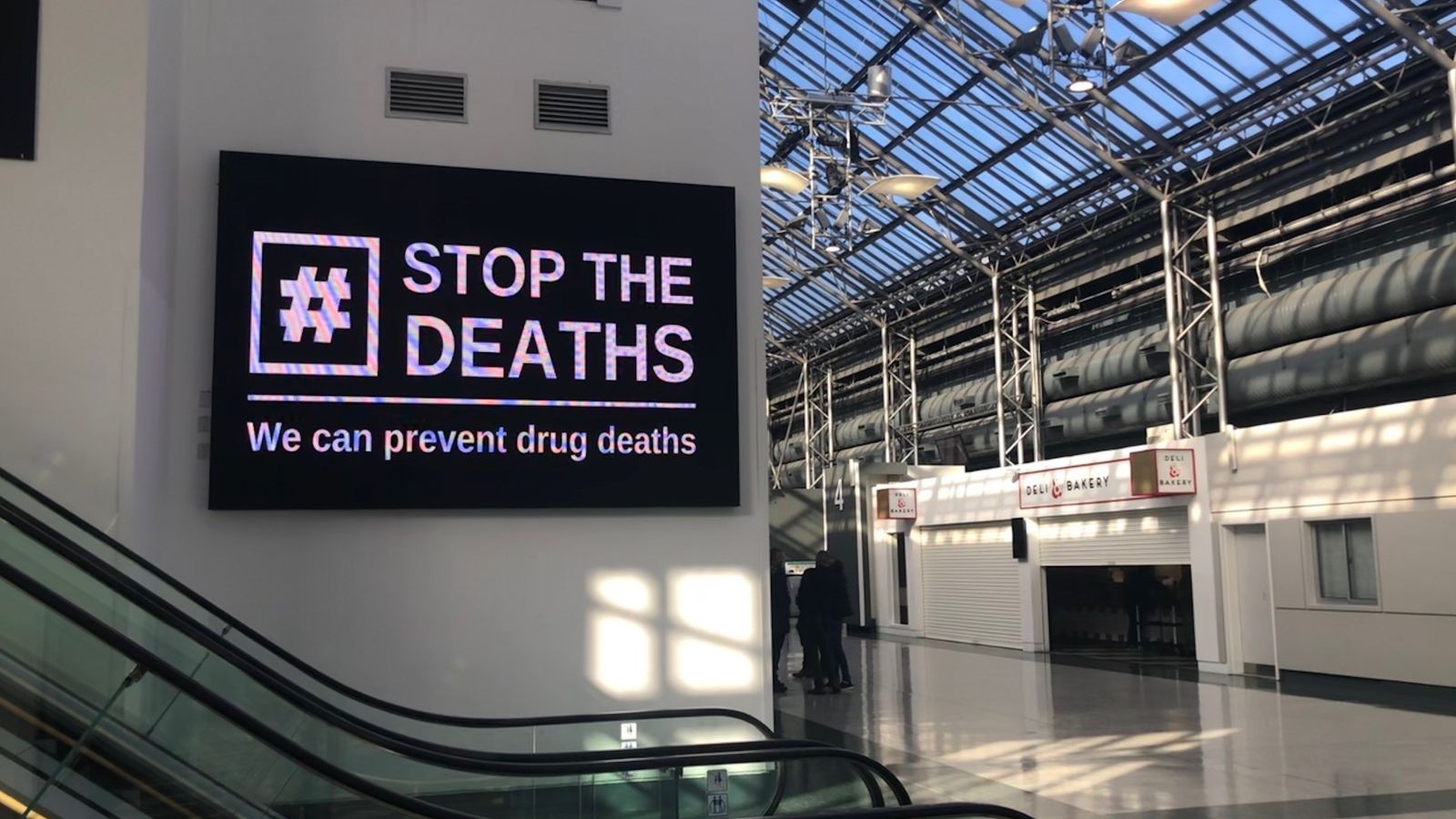 Drug-related deaths in Scotland are expected to hit record levels for the seventh year in a row.

Figures for 2019 showed 1,264 people died as a result of drug misuse. This was already the highest in Europe, and three-and-a-half times the figure for England and Wales.

Data covering 2020 will be released later today. Although an increase in fatalities is anticipated, lockdown restrictions may have had an impact on the rate of growth.

Scotland’s First Minister Nicola Sturgeon has previously admitted her government “took our eye off the ball” on drug deaths. She has pledged £250m over the next five years to help tackle the crisis.

Angela Constance MSP was appointed to the newly created post of minister for drugs policy in the wake of the 2019 figures.

Asked if higher numbers in 2020 reflected a continuing failure in the war on drugs, she told Sky News: “It would certainly reflect that we would need to do far, far more but I’ve never been under any illusions about the scale of the challenge that we face.

“We’re not diminishing the scale of the challenge or walking away from the fact that Scotland has the worst drug death numbers in Europe.

“There are many reasons for that over a period of time.

“My job is to focus on action and to focus on the work and work hand in hand with those people with lived experience to implement the evidence-based interventions that will work, both to save lives and to improve lives.”

Dr Andrew McAuley, a reader in public health at Glasgow Caledonian University, has examined the reasons behind Scotland’s high rate of death from drug misuse.

He said there was “no single explanation”, adding: “Firstly, we have a lot of problem drug users, a lot of people at risk from drug-related deaths and, per head of population, we have more of those individuals than anywhere else in Europe.

“Secondly, the way we consume drugs in Scotland is different to the way other countries consume drugs – we have a tendency to consume lots of drugs at one time, so called ‘poly-drug use.’

“Lots of other countries have poly-drug users but our poly-drug combination typically involves opioids, benzodiazepines and alcohol.

“Particularly that benzodiazepine element has been a real feature of the last five or six years and that, in combination with opioids and alcohol, really increases the risk of respiratory depression and this is a strong influence on the Scottish drug-related death rate accelerating away, not just from our European counterparts, but also our UK counterparts.”

Dr McAuley added that the main tool for preventing drug-related deaths is treatment – and in Scotland, engagement rates are poor among problem groups, while retention rates among those in treatment are “very poor”.

He explained: “In Scotland, around 40% of our problem drug users are engaged in drug treatment, that compares to 60% to 65% in England and 80% to 85% in countries like Norway, who have been able to reverse drug-related death trends in the last decade.

“The drug treatment sector, which is so important, has had lots of its assets and resources stripped away from it in the last decade due to repeated reversals in funding.”