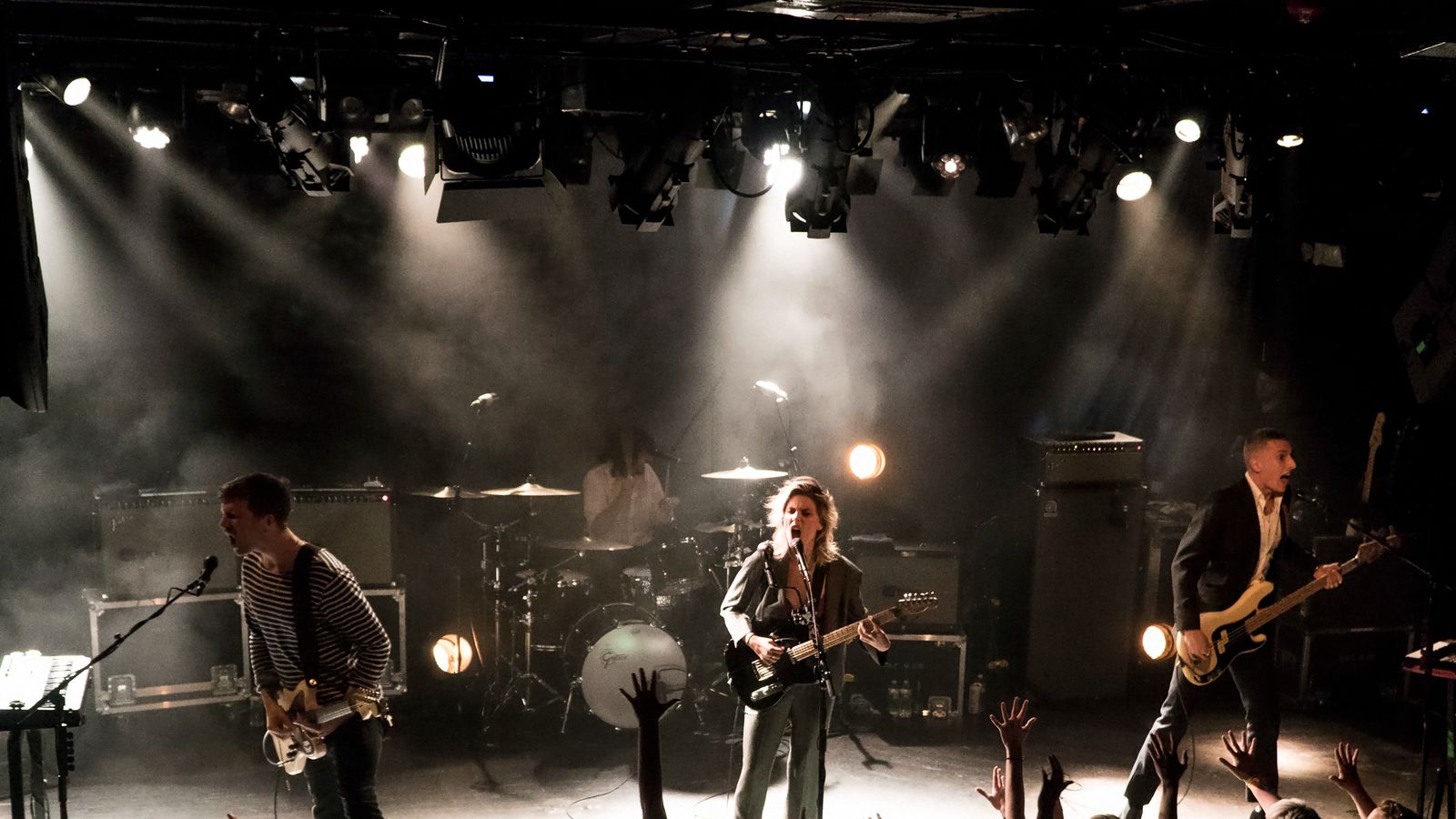 Virtual Glastonbury, a new album, and a slot at England’s first full festival in nearly two years – it’s been a busy few weeks for Wolf Alice.

Before heading to Suffolk to play Latitude Festival in front of 40,000 fans, the band of the moment spoke to Sky News and reflected on the recent months and the impact of the pandemic on their lives.

“And it’s what we’ve done for the last eight years of our adult life, so it’s a huge, huge deficit of all kinds of things.”

Bassist Theo Ellis said that despite playing Glastonbury’s virtual Live At Worthy Farm, it was gigs that the group missed.

“We grew up playing gigs, we love playing gigs, it’s what we are 75% in this for, because we do so much of it, or we used to. So, yeah, it’s been weird and we’re looking forward to doing a proper one. And I’m also very scared.”

Talking about hitting the stage at Latitude this weekend, Ellis added: “We’re looking forward to going to a festival first and foremost, and being with people, because it’s going to be momentous, just because it’s happening.

“And I think we’ve got bits and moments in the set that we’ve kind of had a lot of time to spend playing, that we really hope will kind of connect with people the way that we’ve crafted it a little bit to – and then backstage bars, or the one backstage bar there is.”

Drummer Joel Amey says the response to the album has blown them away, adding: “I feel very, very grateful to have that kind of reaction to something that you put so much of yourself into.”

On the timing of the album and being able to perform it live, singer Ellie Rowsell said it was “taking… quite a long time” for them to record.

“I think I felt really grateful for all the bands and other artists that put out music, regardless of not being able to do any shows just because it was something to look forward to and it was really important and I felt grateful for them.

“So I didn’t want to delay things, but we were kind of lucky because it was taking us quite long anyway. Our timeline kind of worked out.”

Although the band did not know when they spoke to Sky News, earlier in the week, the album was nominated for the highly-coveted Mercury Prize – their third nomination in as many albums.

Ellis says their win in 2018 seems to bypass them, adding that they were “surprised” it happened.

“I think fame would really overwhelm the four of us. We’re not ready for that.”

But it cannot be denied that they have star quality, spending the summer of that year touring with the likes of Foo Fighters, Queens Of The Stone Age and even supporting Liam Gallagher at his massive Finsbury Park gig.

However, touring the world now has become increasingly difficult – with Brexit adding red-tape and financial hurdles to artists’ headaches.

The new rules are largely untested, with no artists touring since the signing of a Brexit deal late last year, but Rowsell says it will be “devastating” for smaller acts.

“We’ve been lucky, we’ve toured Europe a little bit, in the times when it was a little bit more straightforward, still hard, but now it seems like almost unattainable in some ways,” she said. 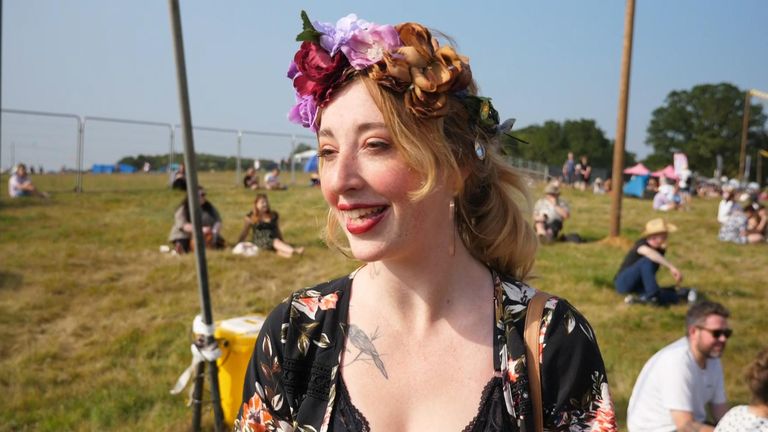 Festivals are back: ‘It’s a bit surreal’

Ellis added: “It’s the experience that goes with it, the festivals, those kind of things are a massive kind of financial injection for a lot of bands to help them survive the rest of the year.

“It’s been a system where people have been getting paid for festivals and then using that money to fund what they do for six months, seven months, eight months after that. I think if we hadn’t had the freedom to do that the way we did do, it would have affected us.

“It’s never beneficial to not get to go somewhere and play a gig in my opinion, if you’re a band or an artist or whatever.”

Going forward, the band want to “go and play one hundred million gigs”, because it’s what they love doing.

Ellis concluded: “If it happens without things going back and getting worse, it would be amazing to go out and do what we used to do, because it feels like it’s been a long time now.”

England talent and ambition finally living up to expectation – but there’s still that man Mbappe to come
Drivers are increasingly ditching Toyota and Honda gas cars in favor of EVs
Worst result for Tories in Chester for nearly 200 years as Labour comfortably wins by-election
Watch Tesla Semi do something Bill Gates said wasn’t possible
Sunak’s Eat Out to Help Out contributes to £4.5bn lost to COVID fraud