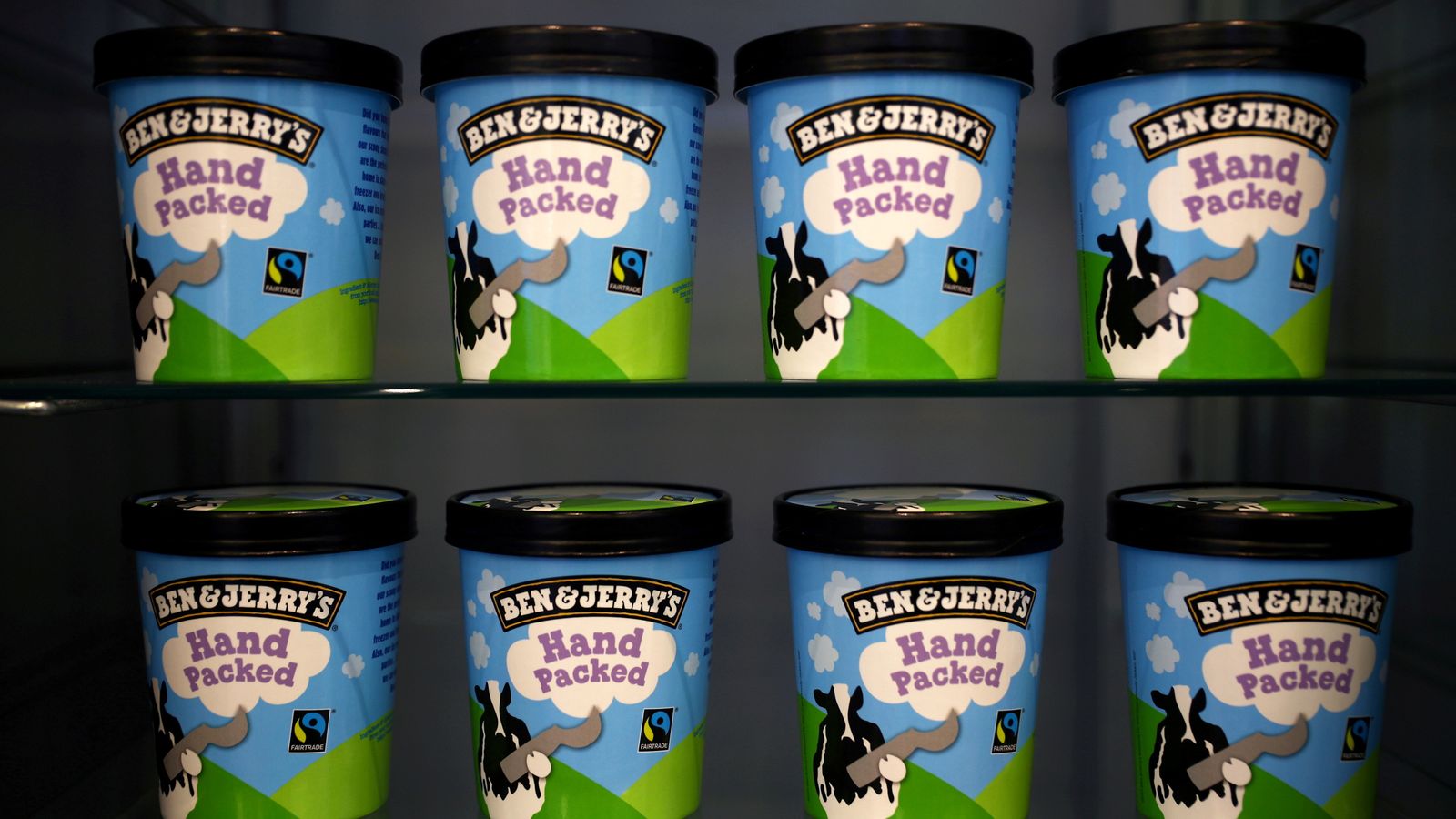 Ben & Jerry’s will stop selling its ice cream in the occupied Palestinian territories.

The company said sales in the territories are “inconsistent with our values”, adding that the move reflected the concerns of “fans and trusted partners”.

The West Bank and east Jerusalem have been under Israeli control since 1967 and there is growing unease about Israel’s policy of building settlements on contested land.

Ben & Jerry’s did not go into more detail about the reasons behind its decision but the settlements are seen by many countries as illegal and obstacles to peace.

The ice cream maker, which is based in the US state of Vermont but is owned by UK firm Unilever, has come under pressure from pro-Palestinian groups over its business in the region.

Since 1987, this business has been handled through a licensee partner but Ben & Jerry’s said this agreement would not be renewed after it expires at the end of the year.

The Israeli foreign ministry called the move “a surrender to ongoing and aggressive pressure from extreme anti-Israel groups” and accused the company of cooperating with “economic terrorism”.

“The decision is immoral and discriminatory, as it singles out Israel, harms both Israelis and Palestinians and encourages extremist groups who use bullying tactics,” the ministry said in a statement.

Israeli Prime Minister Naftali Bennett said the decision was “immoral”, adding: “I believe that it will turn out to be a business mistake too”.

Ben & Jerry’s said it will stay in Israel through a different arrangement, but the major Israeli supermarket chains all operate in the settlements so this could be difficult.

It is not the first time the ice cream maker has taken a stand on political issues.

In 2018, it renamed one of its flavours Pecan Resist ahead of the 2018 mid-term elections in the US.

The company said that the flavour celebrated those resisting oppression and injustice.