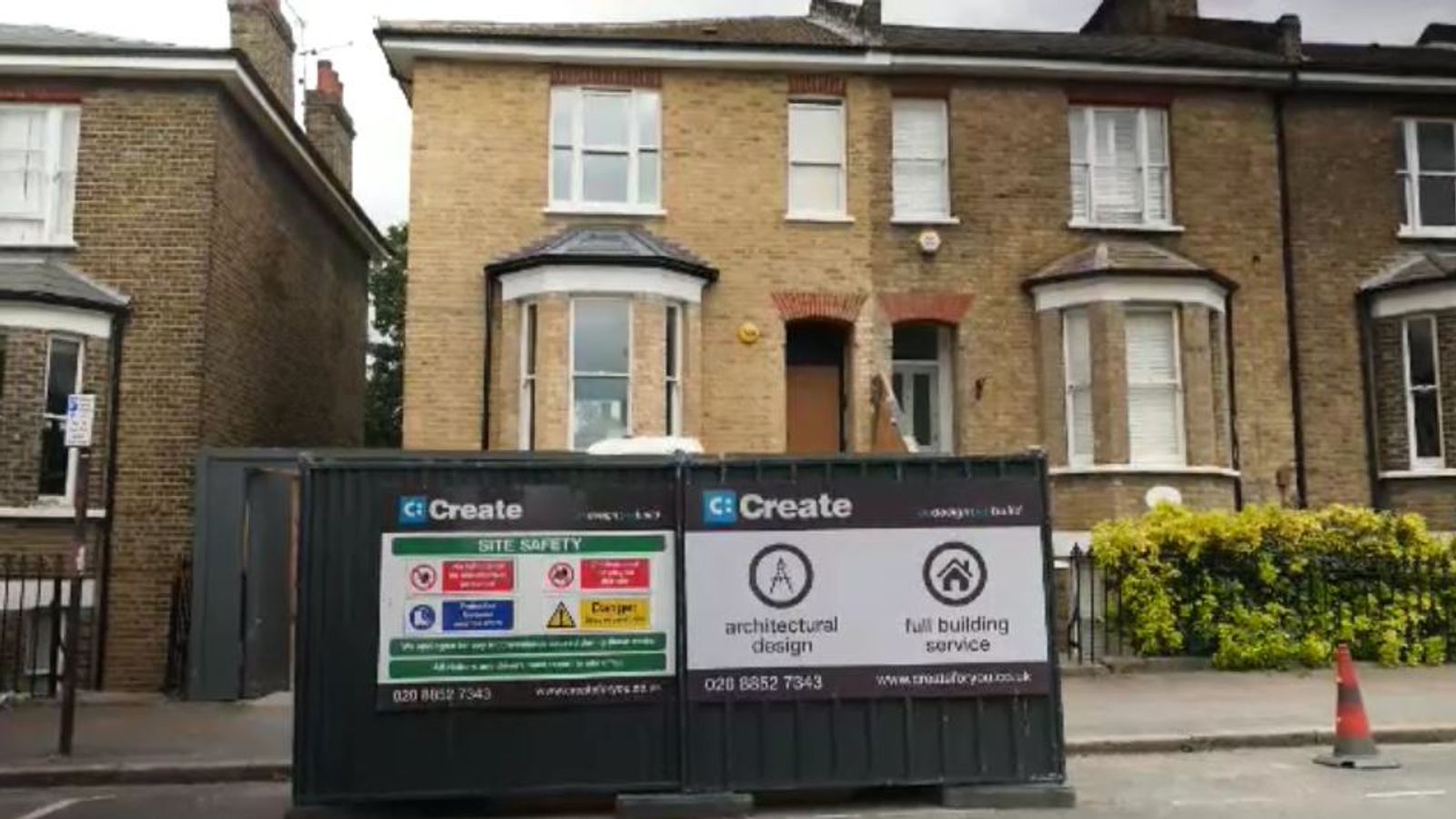 Shortages of building supplies are causing delays in construction work and putting businesses under pressure, an industry expert has told Sky News.

Brian Berry, chief executive of the Federation of Master Builders, said that a lack of supplies is having “a big impact” on the industry.

“Particularly the smaller builders, they’re the ones struggling to obtain the materials needed, and in some cases, small builders are actually saying they’re concerned about the viability of their business,” he said.

Mr Berry said knock-on effects from Brexit and COVID-19 have created a “perfect storm” resulting in material shortages and delays to building work.

There has been a shortage of a number of building materials, including cement, timber and mortar.

He added: “We’ve had really high demand from countries like the US and China, and we’ve seen of course in this country a high demand, there’s been about a 45% increase in terms of home improvement work.

“So with that high demand and a lack of supply, prices have gone up and there’s a serious shortage of building materials.”

Riche and Benjamin Vale were due to move into their new home last month.

Their house had been built, but as other properties on the site hadn’t been completed, they were unable to move in.

Richie told Sky News: “At the point of exchange we had a bombshell that we couldn’t actually have our house due to delays with building materials and also exchanges of contracts with other purchases.”

Deciding to go ahead with the sale to avoid disrupting the chain of buyers, the couple looked for temporary accommodation.

He added: “We couldn’t find rentals or holiday lets, everything was just taken up, no one would rent a house for less than 12 months.

“So the only option we had was to move into a hotel and take the cost on ourselves, which has had a knock-on effect with everything really.

“We’re having to pay three months of hotel fees, three months of storage fees, twice for removals, all costs that we never really catered for, but also we were going to be losing our early repayment fee for our mortgage which was close to £4,000 and now we’re liable for stamp duty.”

It is small builders that are feeling the brunt of the shortages.

Gary Olsen, director of Create for You Developments, told Sky News: “People at our end of the industry they’re not used to ordering thousands of pounds’ of material in advance.

“You used to be able to go to the builder’s merchant daily if you needed it and buy it so that point of sales stuff is now a problem when you’ve got to start thinking further in advance.”

He said he hopes the situation will be able to “resolve itself”.

But industry experts are predicting that the shortages could continue for the next four to six months.