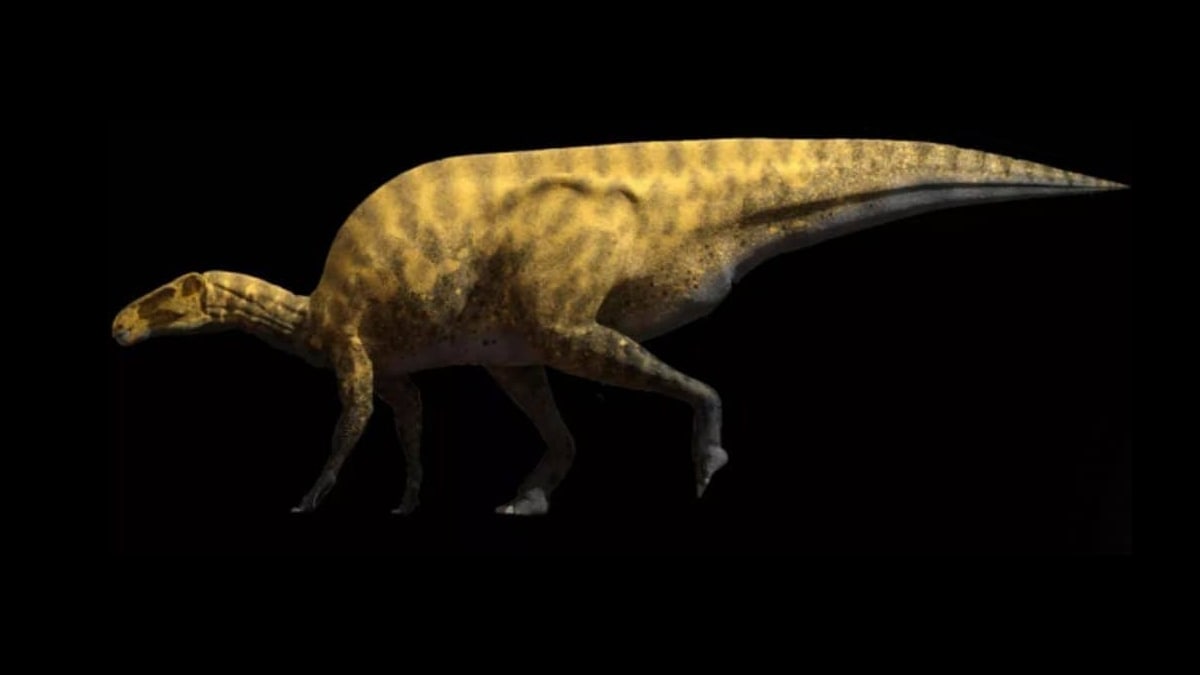 Scientists have identified a new dinosaur genus following the analysis of a fossilised jawbone discovered over two decades ago in the Portell locality of Spain’s Castellón province. The styracosternan hadrosaurid dinosaur, scientists say, was likely six to eight metres long, a herbivore, and closely related to species found in modern-day China and Niger. The study was titled “A new styracosternan hadrosauroid (Dinosauria: Ornithischia) from the Early Cretaceous of Portell, Spain.” The fossil that was part of the research was originally discovered at the Mas de Curolles-II (MQ-II) site. The species had multiple claws, large nostrils, and a huge tail.

“The autapomorphies include: the absence of a bulge along the ventral margin directly ventral to the base of the coronoid process and the presence of a deep oval cavity on the medial surface of the mandibular adductor fossa below the eleventh-twelfth tooth position,” reads the abstract of the paper.

According to the study published in the journal PLOS One, the reptile is believed to have inhabited the planet during the Barremian stage of the Cretaceous period, somewhere between 130 million and 129 million years ago. The dinosaur, scientists estimate, may have weighed around 3,600 kilograms.

Scientists say that phylogenetic — the evolutionary development — analyses revealed that the dinosaur is more closely related to the African taxon Ouranosaurus nigeriensis than to its synchronic Iberian taxa Magnamanus soriaensis and Iguanodon galvensis.

The researchers say that the recognition of Portellsaurus sosbaynati is an indication that the Iberian Peninsula was once home to a highly diverse group of styracosternan hadrosauriforms during the Early Cretaceous epoch.

According to Olhar Digital, this is the 25th discovery of dinosaur species in Spain. Hadrosaurids, also referred to as duck-billed dinosaurs for their flat duck-bill the appearance of their bones in snouts, belong to ornithischian family Hadrosauridae.

The same family, that includes ornithopods such as Edmontosaurus and Parasaurolophus, was a group of herbivores.

Greg Hands replaces Zahawi as Conservative Party chairman in Sunak’s first reshuffle
‘I’m going to do it my way’: Steve Cohen on his offseason spending spree
Inflation Reduction Act has spurred 100,000 new green jobs so far: Here’s where they are
Dominic Raab should be suspended over bullying claims, says ex-Tory chair
Zoom to lay off 1,300 employees, or about 15% of its workforce