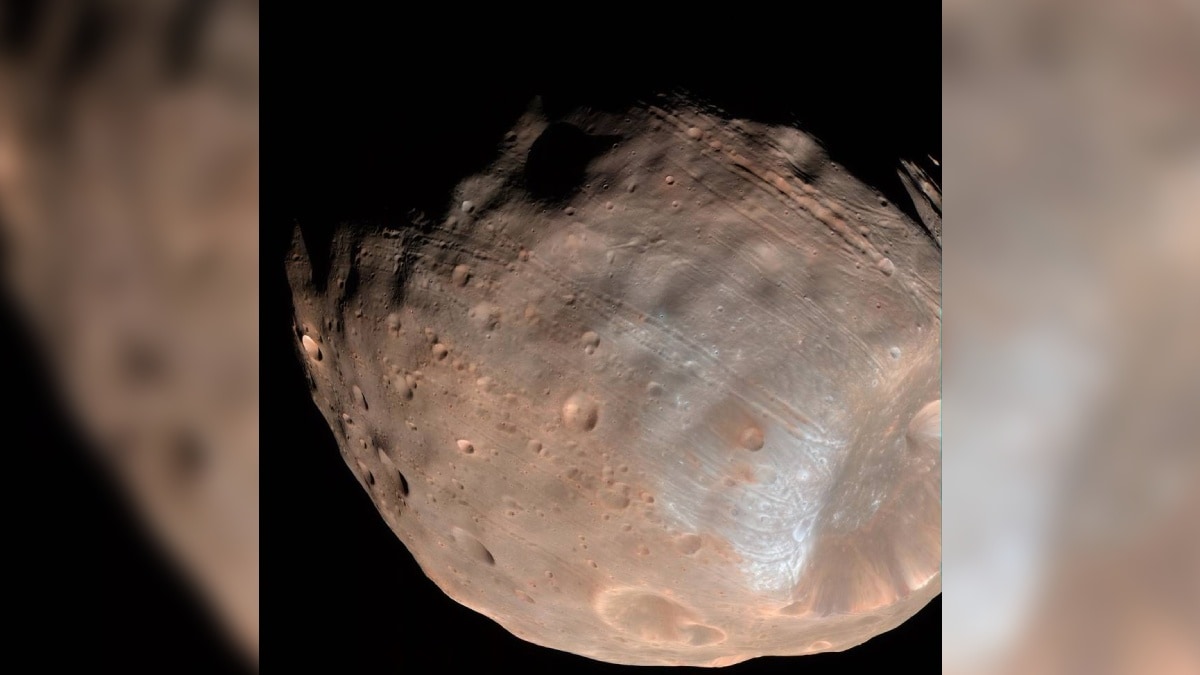 NASA has released an intriguing image that appears like a potato, but it is not. The image, captured by the most powerful camera ever sent to another planet, is of Phobos, the largest of Mars’ two raggedy moons. The other moon of the Red Planet is called Deimos. In an Instagram post, the space agency said the image was taken by the HiRISE camera aboard its Mars Reconnaissance Orbiter spacecraft, about 6,800 km above the surface. NASA said Phobos is nearing Mars at a rate of 1.8 metres every century, meaning it will either crash into the planet in 50 million years or break up into a ring of debris.

Phobos has no atmosphere and it orbits Mars three times a day. One popular theory is that it might be a captured asteroid, NASA said, but some scientists dispute this. NASA added in the post that Phobos was discovered in 1877 by American astronomer Asaph Hall. In Greek mythology, Phobos and Deimos are the twin sons of Ares (Mars in Roman mythology), said NASA.

In the caption, NASA mentioned “the image shows a pockmarked celestial body with a large impact basin called Stickney crater. The grooves seen along its side could be the result of tidal forces – the mutual gravitational pull of the planet and the moon.”

Take a look at the image here:

Many Instagram users were amazed after seeing the image.

A user, Ziggy Manzoni, said “It looks like it’s made of some kind of metal.”

American astronomer Asaph Hall discovered both the moons of Mars in 1877. Hall named the moons for the mythological sons of Ares, the Greek counterpart of the Roman god, Mars. Phobos, which means fear, is the brother of Deimos. The crater was named after his wife and mathematician Chloe Angeline Stickney Hall.

Scientists believe this intense heat loss is likely a result of the dust on Phobos’ surface, which is unable to retain heat.

Google Reportedly Working on Fast Pair Setup for New Android Phones, May Debut on Samsung Galaxy S23 Series
British teenager whose videos were linked to two mass murders in US is jailed
‘We’ve been praying for you’: Kate and Rio Ferdinand expecting second child together
Acura takes a page from Tesla’s playbook with selling EVs online, starting with the 2024 ZDX EV
Suicide bomber kills at least 59 in Pakistan mosque attack