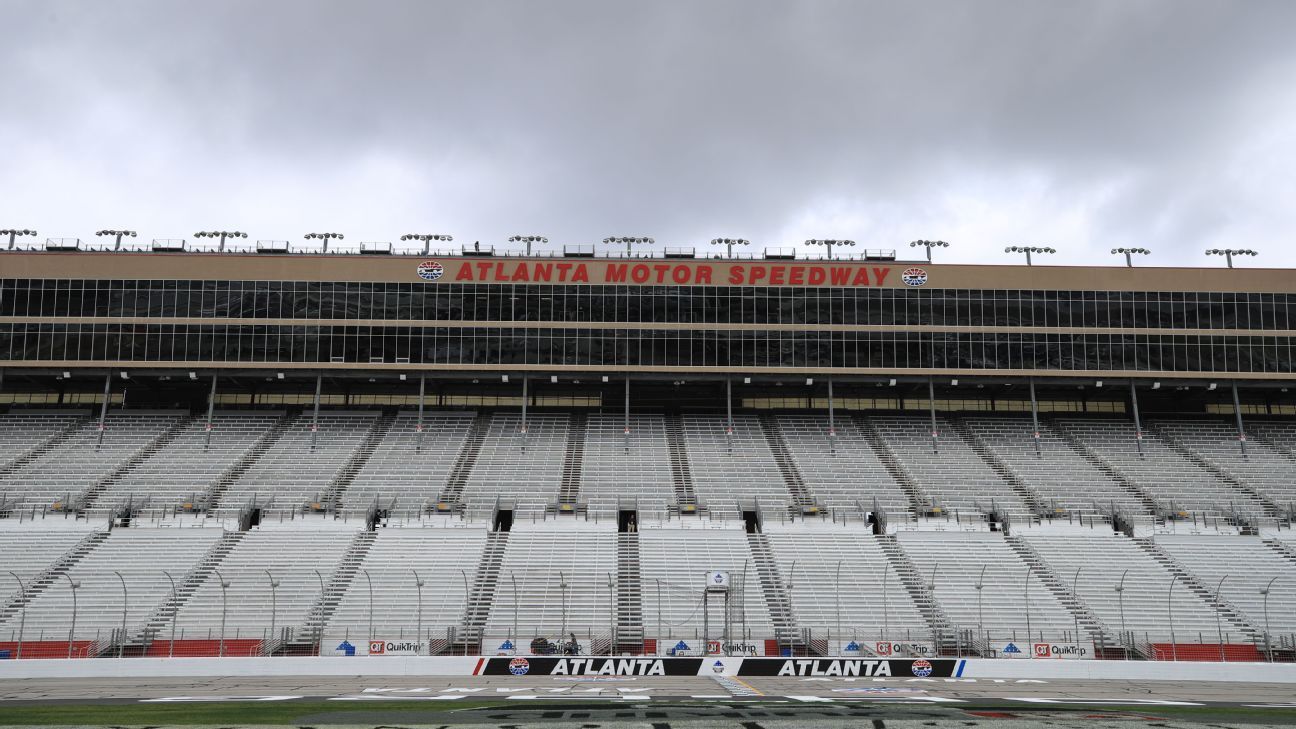 HAMPTON, Ga. — After 24 years, Speedway Motorsports officials could no longer allow drivers to have the final word in delaying the inevitable repaving of Atlanta Motor Speedway.

Sunday’s NASCAR race will be the final event for the battered and heavily patched track surface. Construction will begin immediately on the makeover, which will include a reprofile, with 28-degree banking on the turns replacing the 24-degree banking. The project was announced Tuesday.

The decision comes in the year Atlanta Motor Speedway is hosting two NASCAR events for the first time since 2010. The move reflects a commitment to again have two events in 2022.

“We’ve known for a while a repave had to take place,” Hutchinson said. “Asphalt can only last so long. A repave has been inevitable for some time.”

In fact, the repaving discussion has been a hot topic with drivers in Atlanta for at least five years. The drivers consistently lobbied to keep the old track.

The plans to finally change the surface were announced following 10 months of research, including computer simulations from iRacing. The changes were designed to accommodate the 2022 introduction of NASCAR’s Next Gen car.

Officials did not seek input from NASCAR drivers.

“We try to make sure, and I say this I kind of jest, when a driver is happy about our race track, usually the fans aren’t,” Speedway Motorsports senior vice-president for operations and development Stephen Swift said.

“We want to make sure what we’re creating is what the fans want to see.”

Kyle Larson, who lost to Ryan Blaney in the March race in Atlanta, tweeted that he wished drivers had been consulted.

“I wish they would talk to everybody about it,” Larson posted on his Twitter account. “We have more experience than the fans, you know, I’ve raced hundreds of different racetracks. I feel like we have a better understanding of what really makes good racing.”

Swift said “every kind of stickum” has been used to patch the track.

“We’ve been holding it together, glued together, literally,” Swift said. “It’s just gotten to the point it’s worn out. We’ve just been buying time and that time is now.”

Georgia home-state favorite Chase Elliott, who won last week’s race at Road America in Wisconsin, has joined others drivers in the past in pushing to delay resurfacing as long as possible – but he has changed his mind.

Elliott, who has never won at his home track, said he now supports plans to repave the surface.

“My opinion has kind of changed on it, really,” Elliott said. “I certainly had been in the boat of wanting to leave it alone and not repave it. It’s a place that rewards precision, rewards a driver for really doing a good job behind the wheel in all aspects.”

Elliott said his opinion was swayed by talking with friends who attend races in Atlanta.

“I think it’s time for it,” he said of the decision to repave the track. “I have a lot of friends and folks who go down there, and listening to their comments and my own thoughts as time has gone on, I just feel like it’s time. … I’m good with the change down there and I hope it’s for the better. I think it will be.”

In addition to higher banks, the repaving project also will decrease the width of the 1.54-mile track from 55 feet to 52 on the front stretch, 42 on the back stretch and 40 on the turns.

Larson said that will make for tight turns.

Swift said the narrower track will push the cars “in groups together. That creates better entertainment. Atlanta will be first mile and a half to have this kind of racing.”

“Narrowing the track is probably the biggest headline I think in all of that I read, and kind of the unknown with that,” he said.

“It sounds like Atlanta has put a lot of thought into it. I think that’s all you can ask for. I think it’s time and I think they’re going about it the right way.”