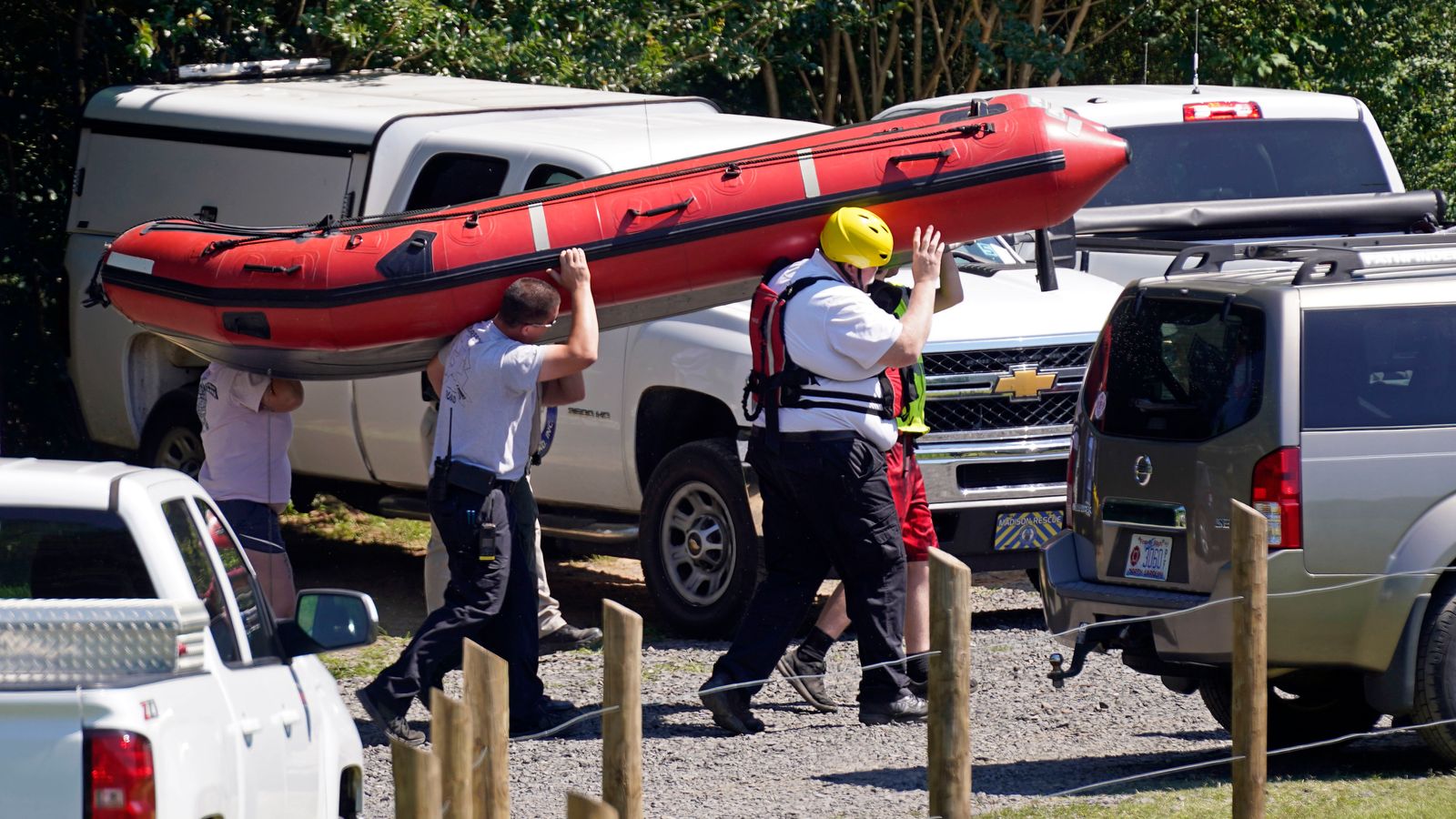 Three people are dead and two are missing after a group of nine people, all believed to be from the same family, went missing after floating down a river on inflatable rings and dropping over the edge of a dam.

Four of the group were rescued and taken to hospital with non-life threatening injuries after the tragedy on the Dan River in North Carolina, Rockingham County emergency services director Rodney Cates said.

The nine people were tubing – an activity which involves travelling across water on inflatable rings.

They went over the Duke Energy dam in the city of Eden at around sunset on Wednesday, Mr Cates said.

He added said the dam is approximately 2.5m (8ft) high.

Mr Cates also said that a Duke Energy employee who saw some of the tubers called 911 to report what was happening.

The fourth person rescued was Karlos Villano of LaPorte, Indiana.

The sheriff’s office named those who died as Bridish Crawford, 27, Antonio Ramon, 30, and Sophie Wilson, 14.

The two missing are Teresa Villano, 35, and Isiah Crawford, 7.

Search teams were combing the Dan River on Friday to try and locate those who have not been found.

The search will resume on Saturday, Mr Cates said.

Boats and helicopters have been used in the search in Rockingham County, north of Greensboro along the Virginia state line.

Mr Cates said the rescued people spent the night floating in the water near the dam before they were found clinging to their tubes.

He said they managed to stay afloat for approximately 19 hours, describing them as “very, very fatigued” when they were found.

First responders indicated the survivors were caught in fast-moving water near the dam when they were found, according to recordings of scanner traffic on broadcastify.com.

The emergency workers could be heard over public safety radio ordering boats and other swift water rescue equipment to the area shortly after the 911 call came in at around 3:15pm on Thursday.

“We’re taking a call on the Dan River at the dam near the Duke Energy plant. Caller is advising five tubers … went over the dam,” one person says.

A rescuer says on the recording that some of the tubers were stuck near the dam because of the pull of water flowing over it.

“They’re on that side … at the abutment for the dam. And they’re all caught in the pull. If you can come over … we can probably pull them out pretty good, hopefully,” the rescuer can be heard saying.

Mr Cates told reporters that debris and rocks in the river can puncture tubes or rafts, so it’s important for people to wear life jackets. He said it wasn’t clear if any of the nine were wearing such a jacket.

Mr Cates said it is not unusual for people to float the river on tubes or rafts in the area, but most get out and walk around the dam, which is marked by signs.