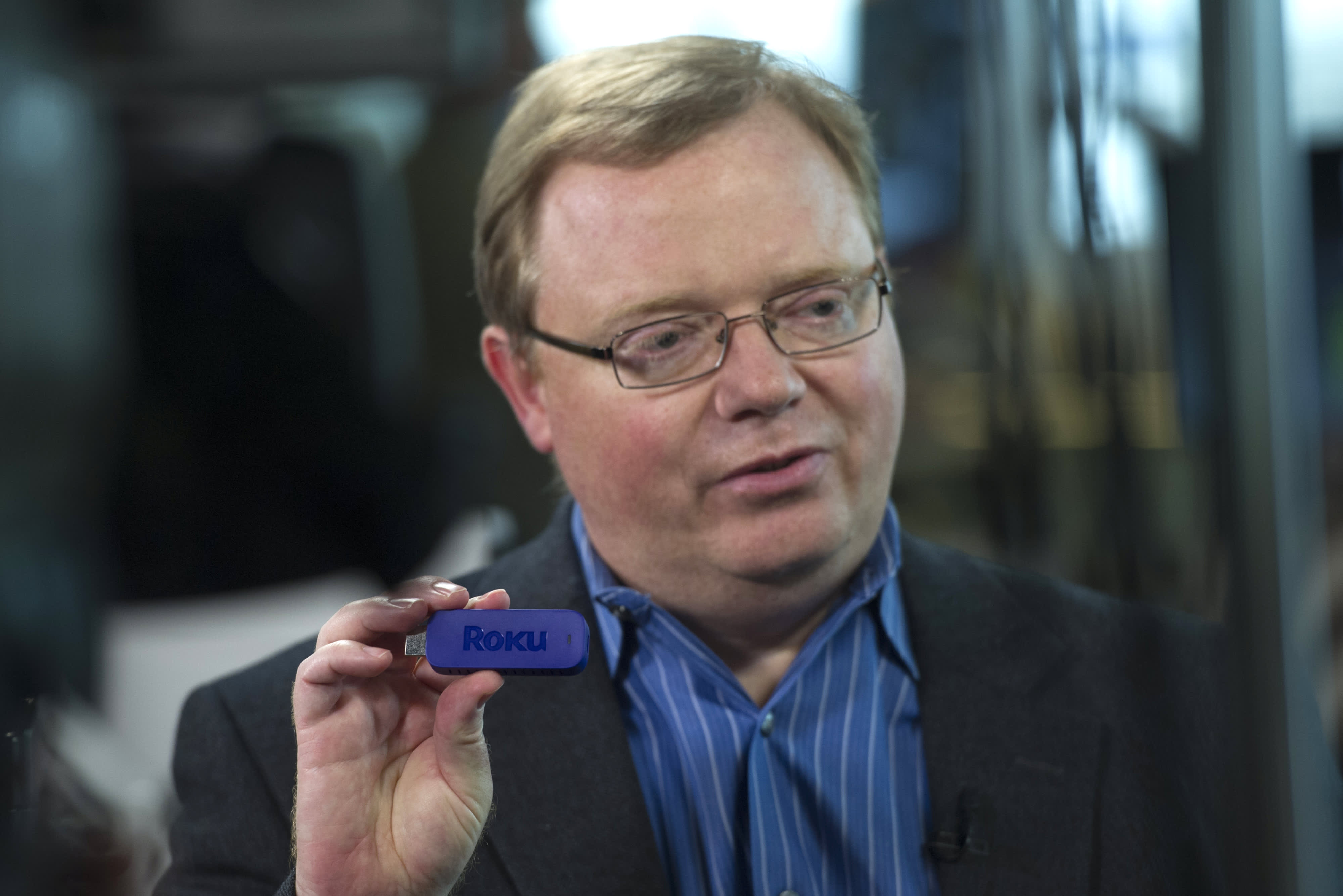 Roku co-founder and CEO Anthony Wood worked at Netflix in 2007, but he says his company’s cultural similarities to the streaming giant are mostly coincidental.

“The culture at Roku was the same before I worked at Netflix,” Wood said in an interview. “Just similar philosophies.”

Netflix and Roku have culture documents in which theyliken themselves to sports teams.

“Working at Roku is like being part of a professional sports team,” Wood wrote in a 2015 document that every employee receives. “We put extreme care into recruiting the best people; we pay well in a competitive market; encourage excellent teamwork, and expect everyone to perform at a high level.”

One former executive said every job at Roku is like being a “field goal kicker,” where employees are expected to accomplish specific, detailed goals. Some employees thrive under the pressure. If they can’t, they won’t be there long.

Wood and Netflix CEO Reed Hastings point to their cultures as a reason for their companies’ success. But both cultures can also lead to an environment of fear and confusion — though for different reasons.

At Netflix, as The Wall Street Journal explained in a 2018 story, employees formally review each other, giving blunt feedback to bosses and underlings alike. Workers “sunshine” errors, offering up public apologies and acknowledgments of failures.

“We expect you to do a good job. If you don’t do a good job, you’re going to get fired eventually.”
Anthony Wood
CEO, Roku

In contrast, Roku doesn’t give any performance reviews at all. Wood has also made the unusual decision of paying employees based on a market rate rather than giving raises tied to internal performance. That’s irritated some younger employees who have expected a perfunctory raise every year at performance review time, said Wood.

“We have a lot of younger employees now, and they are very focused on getting raises,” Wood said. “You know, I’ve been here a year, I should get a raise. And, you might not get a raise. Or you might. It just depends on what we think the rate is for you. Sometimes they understand and adapt, sometimes they don’t understand, and they quit and then they post on Glassdoor. So, it’s a bit of a cultural mismatch.”

It can be difficult to figure out market rate, Wood acknowledged, especially because California and New York state laws prohibit asking employees how much they’re getting paid. But Roku can glean competitive salaries because it knows what it needs to pay to poach employees from other companies, Wood said.

Read the published culture documents from Roku and Netflix

Annual reviews aren’t necessary because employees should be getting real-time feedback, Wood said.

“The work is hard, but it is also rewarding, and I am given a lot of autonomy,” said Taylor Yanez, a Roku engineer. “We don’t do annual reviews, which are a huge time suck.”

But while Yanez said he was given instant feedback by peers, seven former Roku employees who left in the last 18 months said they felt confused by Roku’s culture. They spoke with CNBC on condition of anonymity, either because they feared potential backlash or because contractual language in their severance packages forbids speaking about their firings.

“I literally don’t know why I was fired,” said one recently departed manager. “It’s the strangest place I’ve ever worked.”

Former employees said while they were assigned specific tasks, bosses evaluated them on different metrics because goals frequently changed as Roku grew. In addition to no performance reviews, Roku has very little hierarchy— almost all Roku engineers are called “senior software engineers,” regardless of tenure or role. Mix in a recent surge of new employees — Roku has increased headcount almost threefold, to more than 1,900 employees, since its 2017 IPO — and the result can be confusing.

Several ex-Roku employees said their bosses told them that working in ambiguous settings was part of the job. That runs counter to the Roku culture document, which claims, “Roku teams communicate clearly, in real time with each other and with other teams across the company. Plans, milestones, and strategic context are broadly known.”

“There’s no formal training,” said one mid-level executive, “At Roku, finding information is on you.”

Roku is trying to improve some of its organizational infrastructure as it grows, including formalizing an internship orientation for the first time this year, two of the people said.

“We compete to attract and retain the best talent anywhere and treat people like adults,” a Roku spokesperson said. “We provide onboarding and training for new and existing employees and seek those who are particularly resourceful, innovative, and self-sufficient. And we have a culture of real-time feedback, which has been remarkably successful.”

Netflix with a twist

Netflix and Roku offer unlimited vacation time, giving employees the right to dictate their own schedules as long as they can get their work done. Both have purposefully flat organizational structures, deemphasizing titles and hierarchy.

Instead, Wood has chosen to funnel that money into workers’ salaries, believing employees should be in charge of how they spend their money. Every past and present Roku employee who spoke with CNBC said the company compensated at or beyond their expectations. It pays a base salary and grants restricted stock units, though it doesn’t give bonuses.

Given the stock’s performance, it’s easy to see why employees have been eager to stick with the company. Roku shares have gained about 2,000% since the company’s IPO.

But Wood said diversity for diversity’s sake won’t dictate whom he hires.

“My focus is hiring the best people I can find,” Wood said.

Wood said he meets weekly with an executive coach, Dave Krall, who was Roku’s president and chief operating officer in 2010 and, before that, CEO of Avid Technology. He defines his leadership as hiring the right people and allowing them the freedom to do their job.

“The leadership a company needs changes as it grows,” Wood said. “When you’re 15 or 20 people, I’m the product leader at that point. As it gets bigger and you hire more senior people, you don’t have to do that anymore and they don’t want you to do that, because that’s their job. I used to do our product road map. I don’t do that anymore. These days, we have new initiatives. Pushing us into new business areas and expanding our businesses are where I’m hands-on today.”

WATCH: There’s a lot of room to keep growing in the streaming business: Roku CEO

This article was originally published by Cnbc.com. Read the original article here.