A summit between Boris Johnson and Vladimir Putin might be possible if Russia’s president ceases “malign activity” against the UK and its allies, the defence secretary has signalled.

Ben Wallace said it was important to offer a “path out, a path to improvement” and called a landmark meeting between Mr Putin and US President Joe Biden this week a “really welcome start“.

But the senior minister told Sky News that Western powers would judge Moscow on what it does next before any warming of ties, which have been brought to a post-Cold War low by Russia’s annexation of Crimea in 2014 and the Salisbury spy poisonings.

Asked if he thought the Kremlin might want relations with the UK to improve, the defence secretary said: “I hope so. But we will judge them on their actions. Diplomacy is only valuable if the actions that follow actually make a difference.”

He said he remained concerned about an incident last month when the Russia-backed regime of Belarus forced a civilian airliner to land and seized a journalist on board.

Mr Wallace, who spoke on a two-day trip to Serbia this week, the first by a British defence secretary, also pointed to the poisoning of Russian opposition leader Alexei Navalny.

“We, unfortunately, still see malign activity. But I think we will judge President Putin by his actions,” he said.

As to whether there was a chance of a UK-Russia summit, Mr Wallace indicated it was a possibility if the Russian president showed some positive signs of change.

“Boris Johnson is clearly open to meet anyone where there is an important step to be made and stepping towards normalising relations with Russia will obviously and hopefully come, but it comes following certain actions,” he said.

“Crimea is still illegally occupied in Ukraine and there are still things to resolve.”

Pressed again on whether he hoped such a summit could possibly happen, the defence secretary said: “I don’t want a permanent friction between Russia and the West. That is not in anybody’s interest. 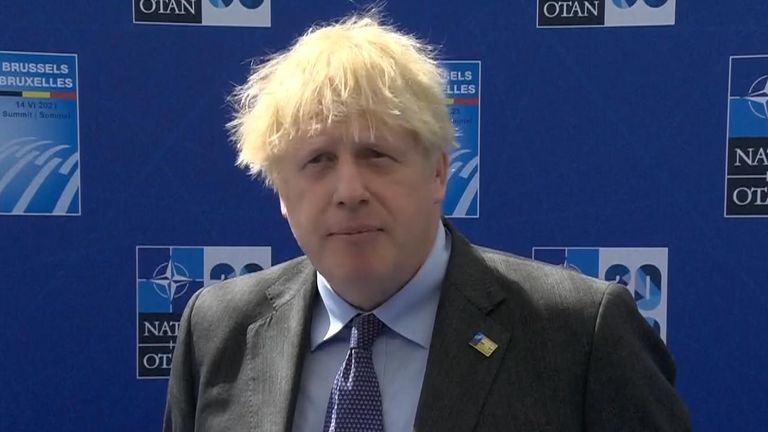 “Listen, no one wants conflict. No one wants friction but that is not cost-free, you have to lift that based on behaviours.”

He said the Kremlin must recognise and respect “other people’s sovereignty and the international rule of law” before any improvement in relations, such as a lifting of sanctions, could happen.

“But we’ve always got to offer people a path out, a path to improvement and I think that bilateral between President Biden and President Putin is a really welcome start,” Mr Wallace added, referring to the summit in Geneva on Wednesday.

He was speaking on the sidelines of a multinational military exercise at a base in the south of Serbia, about six miles from the border with Kosovo.

Troops, equipped with armoured vehicles, a helicopter and a small drone, practised how to respond to a terrorist attack on a convoy and deal with rioting civilians, as Mr Wallace, Serbian defence minister Nebojsa Stefanovic and other officials watched from a stand. 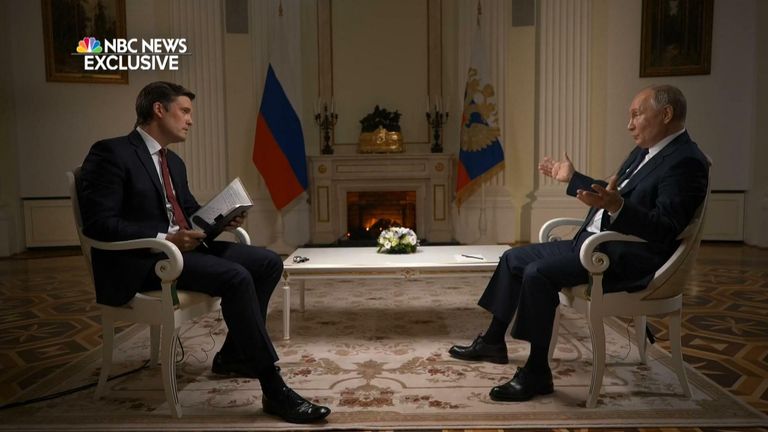 With 70 British soldiers involved, the UK was the largest foreign contributor to the exercise – dubbed “Platinum Wolf” – which takes place across two weeks and, as well as Serbian forces, includes troops from eight other nations, such as France and the United States.

The visit by Mr Wallace is evidence of the UK’s desire to strengthen ties with a country it once bombed as part of a NATO mission during the Kosovo War more than 20 years ago, but which it previously fought alongside during both world wars.

“The Balkans matter for the security of Europe,” Mr Wallace said. “It’s always mattered. That is why 80 years ago we were standing on hills together side by side pushing back the Nazis. That importance, that geographic importance, that strategic importance still matters today.”

Underlining the challenges in this region, at the same time as British troops train with the Serbian military, forces from Serbia are conducting an exercise with their Russian and Belarussian counterparts in Russia.

Asked whose forces Serbia liked training with more – British or Russian – the Serbian defence minister told Sky News: “We are militarily neutral, so we don’t have to prefer to train with either, we can choose both and that’s our advantage.

He added: “We get the best from East and West in training capabilities, in learning about the tactics… As a militarily neutral country we want to work with everyone in order to get our army as professional as possible.”