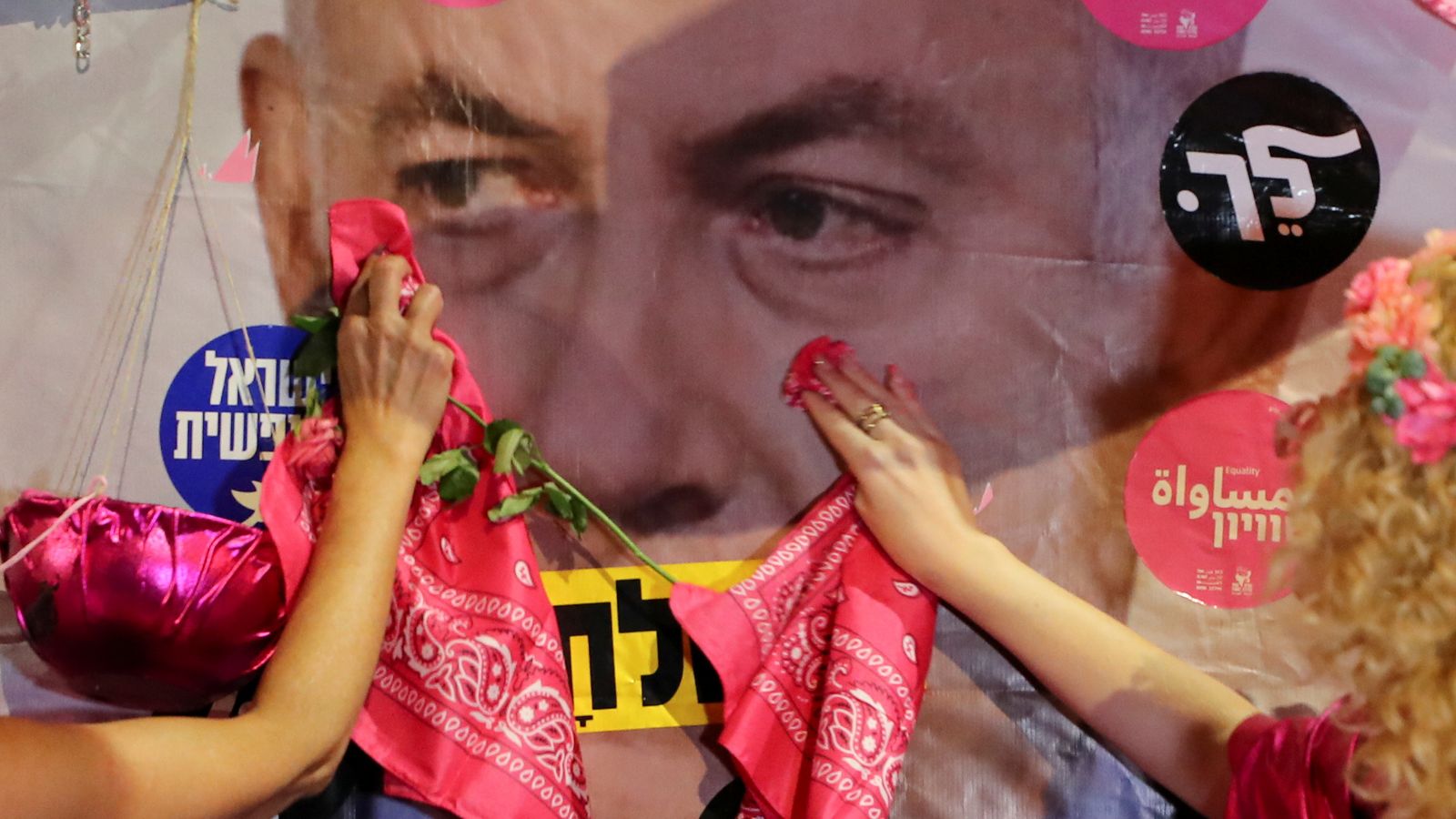 Earlier, Mr Netanyahu had vowed to lead his Likud Party back to power and “topple this dangerous government and return to lead the country in our way”.

He made clear he had no plans to relinquish leadership of the right-wing Likud party. He will therefore become leader of the opposition.

The new administration, comprising an unprecedented coalition of parties from across the spectrum, won the vote of confidence in the 120-seat Knesset.

The vote ended a record term of 12 consecutive years for the Israel prime minster, as well as a turbulent two years of politics that saw four elections, an economically devastating coronavirus outbreak and an 11-day conflict in Gaza in May.

Ultra-nationalist Naftali Bennett, a hi-tech millionaire and Orthodox Jew, is to replace Netanyahu in a power-sharing deal with centrist leader Yair Lapid. Mr Lapid, a former TV host, will take over as PM in 2023 for a further two years.

The new government has pledged to heal a nation bitterly divided over the departure of Mr Netanyahu, the most dominant Israeli politician of his generation.

These divisions were evident as Mr Bennett was heckled by supporters of Mr Netanyahu in a raucous session of parliament.

Addressing the Knesset ahead of the vote, Mr Bennett vowed to fight US efforts to revive the Iran nuclear deal, a continuation of Mr Netanyahu’s confrontational policy.

“Israel will not allow Iran to arm itself with nuclear weapons,” he said. “Israel will not be a party to the agreement and will continue to preserve full freedom of action.”

The ruling coalition looks unlike any before in the country’s 73-year history. It contains parties with extreme ideological differences, including for the first time a party that represents Israel’s 21% Arab minority, Raam.

The leaders are expected to steer clear of drastic moves on international issues such as policy on Palestine, focussing instead on domestic reforms.

But the coalition’s fragile majority means that it could collapse even if just one of the eight factions splintered. The groups are united in little more than their opposition to Mr Netanyahu.

Mr Netanyahu, 71, had failed to form a government after an election on 23 March, the fourth in two years. His fate was effectively sealed on 2 June, when eight groups with the 61 seats required for a majority signed an agreement.

His trial on charges of bribery, fraud and breach of trust – allegations which he denies – continues.

Norway’s fossil fuel bonanza stokes impassioned debate about how best to spend its ‘war profits’
Microsoft announces new multibillion-dollar investment in ChatGPT-maker OpenAI
‘A night of icons’: Beyonce performs in first concert since 2018 for Dubai hotel launch
Twitter is down to fewer than 550 full-time engineers
Politicians are not offering a comprehensive solution on how to fix the NHS