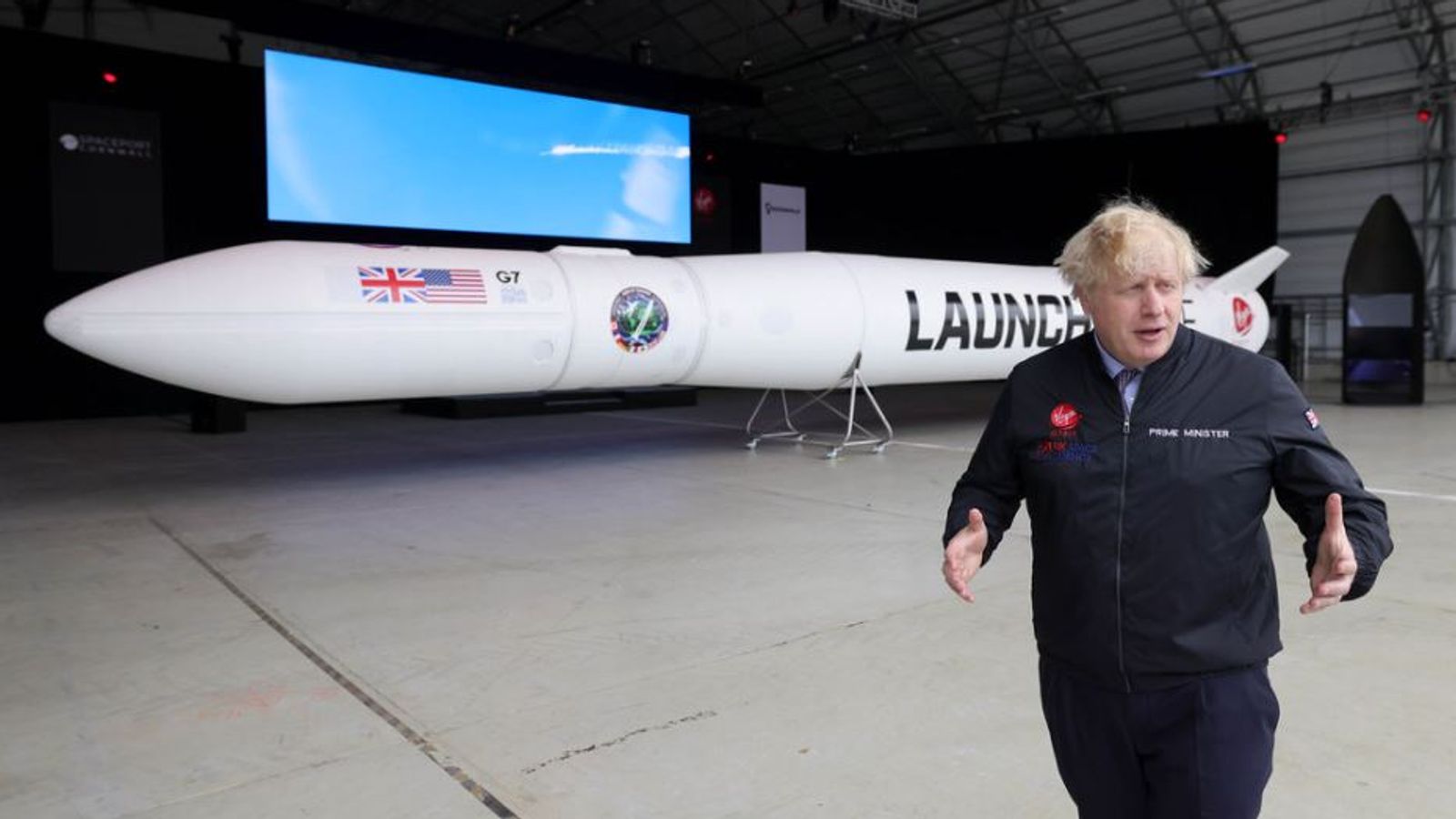 Sir Richard Branson is in advanced talks about a multibillion dollar merger to take Virgin Orbit, his satellite launch company, on to the US public markets.

Sky News can reveal that Virgin Orbit is close to finalising a deal to combine with NextGen Acquisition II, a special purpose acquisition company (SPAC) set up by George Mattson, a former Goldman Sachs banker.

Sources said this weekend that NextGen II was in exclusive talks with Sir Richard’s Low Earth Orbit satellite business, which is 80%-owned by the tycoon’s Virgin Group empire.

A definitive deal valuing Virgin Orbit at approximately $3bn (£2.1bn) could be announced in the coming weeks, according to insiders.

Concluding a SPAC merger would represent a further vindication of Sir Richard’s efforts to construct a multibillion dollar business empire in the burgeoning space technology sector.

In 2019, he merged Virgin Galactic, his space tourism operation, with Social Capital Hedosophia, another SPAC, in a deal which heralded the ongoing deluge of so-called ‘blank cheque’ companies.

SPACs raise funds from investors to secure an unidentified acquisition, with hundreds of the vehicles being created by prominent financiers, businesspeople and celebrity sponsors during the last two years.

Virgin Orbit has been seeking a SPAC deal for several months and has engaged in talks with multiple prospective partners, according to people close to the process.

The choice of NextGen is a logical one, since Mr Mattson is a director of Virgin Galactic, and is an experienced aviation industry insider, having also been a director of Delta Air Lines for nearly nine years.

He was previously a Goldman partner working with clients in the general industrials sector for a decade.

Virgin Orbit is part of a fast-growing sector focused on launching satellites for commercial and government clients.

The company received another burst of publicity this week when Boris Johnson was pictured in front of one of its LauncherOne rockets at Newquay’s Spaceport ahead of the G7 Summit.

In January, it launched ten small satellites into space from its Californian base, with the next launch scheduled for the end of this month.

Rocketlabs, a larger rival to Virgin Orbit, is the only other commercial small satellite operator to have achieved that milestone.

The maiden launch for Sir Richard’s company from the Cornish site could take place as soon as the end of next year.

It also plans to launch from California, Guam and Japan, and is considering further launch sites around the world.

Virgin Orbit was spun out of Virgin Galactic four years ago, and is now run by chief executive Dan Hart, a former Boeing executive.

Analysts at Morgan Stanley have forecast that the global space industry could be worth more than $1trn by 2040.

Rapid growth is expected after that as commercial satellite usage expands to satisfy demand from communications and other technology companies.

This week, Seraphim Capital confirmed a Sky News report that it is planning a £250m London flotation, having backed a number of space ‘unicorns’, including Arqit, a British quantum encryption company.

Arqit itself has just unveiled plans to go public via a SPAC, with Virgin Orbit among the investors in the deal, having also agreed an alliance as Arqit’s satellite launch partner.

Arqit said on Friday that it had struck a deal with six governments to launch a series of federated quantum satellites.

David Williams, the businessman who created Arqit, was also the founder of Seraphim and has established himself as one of the most influential executives in the UK space industry.

Among the remaining questions relating to Virgin Orbit’s SPAC merger will be the size and backers of its so-called PIPE – referring to the private investors in public equity which will help to fund the deal.

For Sir Richard, the crystallisation of a $2.5bn paper windfall by taking Virgin Orbit onto the New York stock markets will add another sizeable chunk to his wealth.

The businessman has sold hundreds of millions of pounds of Virgin Galactic stock over the last 15 months to invest in his consumer-facing companies, but retains a roughly-25% stake valued at over $2bn based on Friday’s closing share price.

Sir Richard’s $4.5bn space-related paper fortune has helped to weather the impact of the pandemic on his other consumer and travel businesses.

Virgin Active and Virgin Atlantic have narrowly staved off bankruptcy since the start of the coronavirus outbreak, with Sir Richard among creditors having injected substantial sums to keep them afloat.

At one point last year, he pleaded for the UK government to intervene to prop up Virgin Atlantic and warned that he might even seek to mortgage his private Caribbean island, Necker, in order to raise funds.

He is now involved in a race with Jeff Bezos to be the first ‘space billionaire’ to make it into orbit after the Amazon founder said that he and his brother would join the inaugural crewed flight of his New Shepard rocket-ship next month.

Virgin Orbit is being advised by Credit Suisse and Liontree Advisors, while Goldman is acting for NextGen on the merger talks.

A Virgin Orbit spokesman declined to comment on Saturday, while NextGen could not be reached for comment.