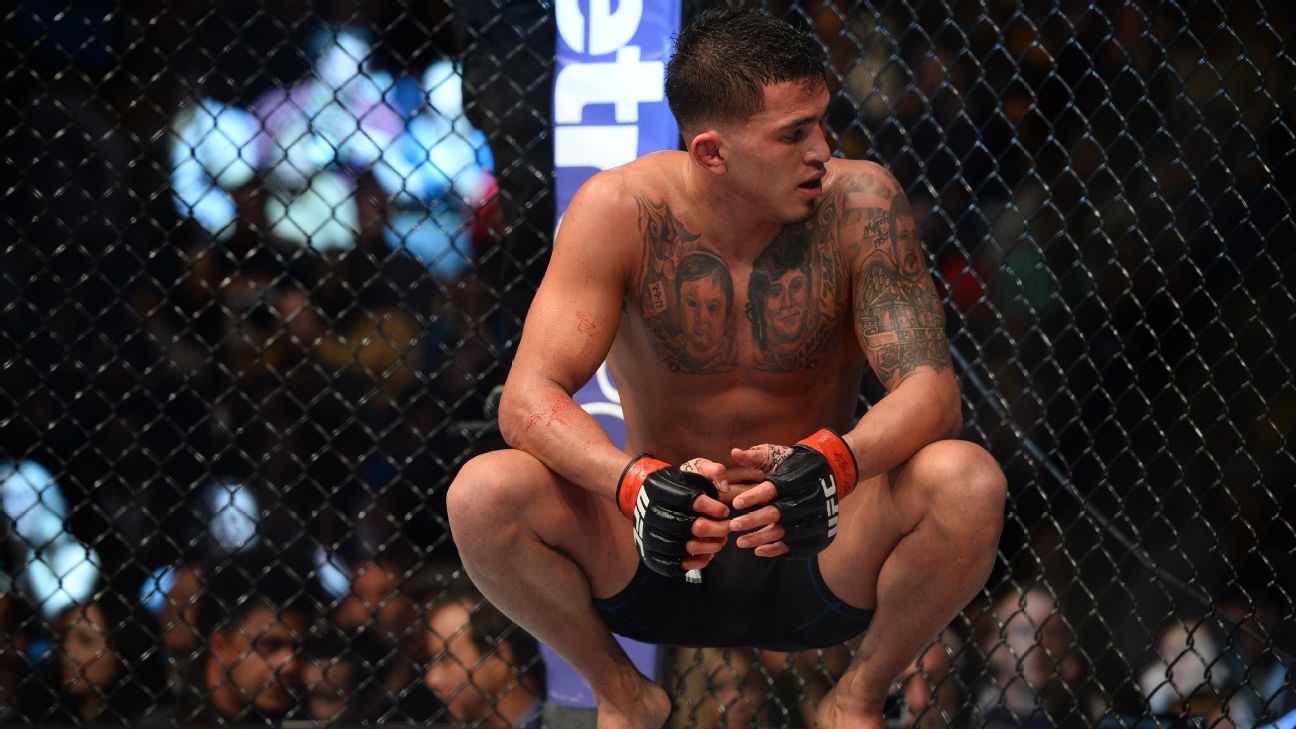 Anthony Pettis was scheduled to fight for his PFL season on Thursday night. Now the former UFC lightweight champion’s last-ditch effort to make the playoffs will have to wait two weeks.

Pettis is among four fighters whose bouts have been rescheduled for June 25, the PFL announced Wednesday. The promotion did not give a reason for the change, but multiple reports cited a Pettis illness as a reason.

Also being moved off Thursday’s card is another two-season champ with zero points: featherweight Lance Palmer, who will face Movlid Khaybulaev on June 25.

Thursday’s card at Ocean Casino Resort in Atlantic City, New Jersey, will be headlined by the MMA debut of two-division undisputed boxing champion Claressa Shields, who faces lightweight Brittney Elkin. Thursday’s event will air on ESPN2 and ESPN+ at 10 p.m. ET, with prelims on ESPN+ starting at 7 p.m. ET.

Pettis lost his season-opening bout April 23 to Clay Collard, leaving him with zero points and just one more bout to earn one of four lightweight playoff spots.