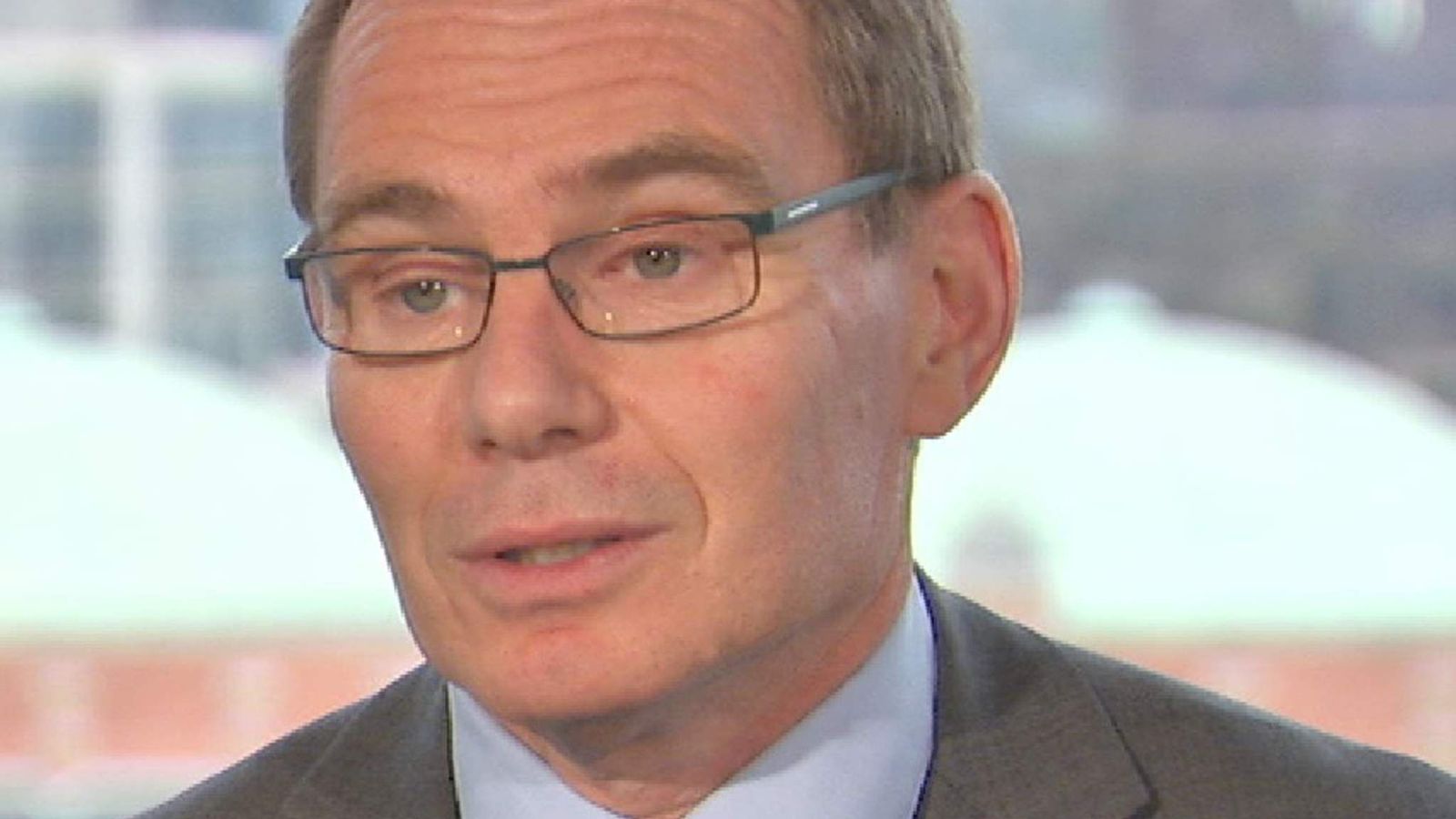 The chairman of Royal Dutch Shell will be nominated on Tuesday to a key role at the government’s science quango as ministers seek to intensify Britain’s commitment to post-Brexit innovation.

Sky News has learned that Sir Andrew Mackenzie, one of the UK’s leading business figures, will be named as the preferred candidate to chair UK Research and Innovation (UKRI), which boasts an annual budget worth nearly £8bn.

The prospective appointment of Sir Andrew will be hailed by Whitehall as a signal of the government’s determination to promote UKRI as a vital component in Britain’s innovation agenda.

His nomination – which could yet be subject to approval by the House of Commons science and technology select committee – is understood to have been signed off by Kwasi Kwarteng, the business secretary.

Sir Andrew is understood to have seen off competition for the job from two prominent rivals, according to people close to the process.

If ratified, the Shell chairman and former chief executive of BHP, the Anglo-Australian mining giant, will replace Sir John Kingman as the UKRI chair.

Sir John announced his departure from the role last autumn.

UKRI’s mandate to identify world-leading advances in science and innovation is understood to remain a priority for Mr Kwarteng despite the simultaneous creation of the Advanced Research and Invention Agency (ARIA) – a brainchild of Dominic Cummings, Boris Johnson’s former top adviser.

Sir Andrew’s early career was spent as an academic geochemist before a move into industry culminated in him landing the top job at BHP in 2013.

He recently became chair of Shell – one of the most prestigious posts in corporate Britain.

Sir Andrew is likely to take up the UKRI role during the summer.

UKRI houses bodies including Innovate UK, which itself recently appointed businessman Indro Mukerjee as its first permanent boss since 2018.

Mr Kwarteng is said to be keen that Innovate UK fulfils its intended role as the “interface for innovation” between the government and private sector.

The arrival of Innovate UK’s new chief executive is said to be a key step towards ensuring that the government met its commitment to increasing research and development spending across the economy to 2.4% of GDP by 2027.

Mr Mukerjee has been handed the task of turning the organisation from one focused on handing out government grants into one which works far more collaboratively with the private sector to spearhead innovations with potential to spur economic growth.

The Department for Business, Energy and Industrial Strategy declined to comment on the identity of the successful candidate in the UKRI appointment process on Monday evening, but confirmed that details would be announced shortly.

Patrick Mahomes and the most important quarterback battle in football history
Blow to Putin as both Germany and US confirm they will send tanks to Ukraine
‘Over my dead body’: Proposals to make some NHS patients pay for care spark backlash
Google employees scramble for answers after layoffs hit long-tenured and recently promoted employees
Sunak fails to place full confidence in Nadhim Zahawi over tax investigation